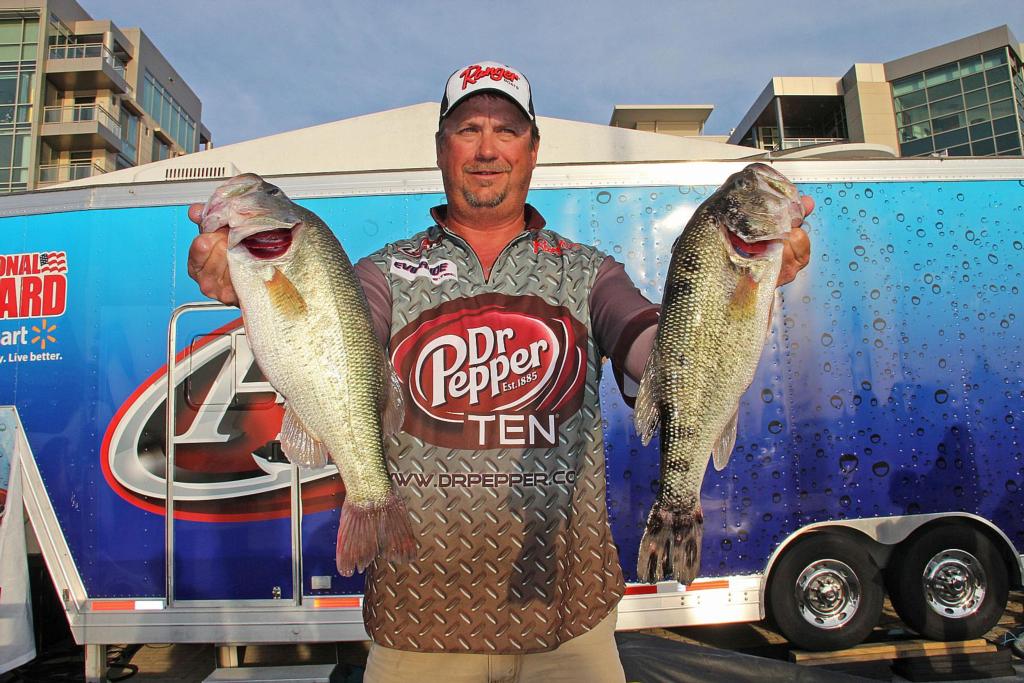 The BFL All-American is one of the longest-running championships in all of competitive bass fishing and featured the top 49 boaters and top 49 co-anglers from across the country. This year’s tournament was hosted by National Harbor.

Prior to fishing in this BFL tournament on the Potomac River, Maloney had never fished a tidal river system. Indicating that he fished what seemed like the “right thing to do”, he targeted shallow flats with contoured ditches. According to Maloney, the fish were pulling into the ditches during the outgoing tide.

“I went against the grain most of the week using darker colors and crankbaits,” said Maloney, who qualified through the Missouri TBF chapter. “People looked at me like I was lost or broken down, but I was just fishing. Unlike most of the rest of the field, I was fishing very aggressively, `streakin’ the paddletail’. I wanted the bass to react to me.

“This has just been an amazing week,” Maloney went on to say. “We were told that the fishing was going to be tough, and it was, but there were also a lot of other distractions. Helicopters flying overhead scaring the pants off you, a 21-gun cannon salute, local residents … it was crazy.

“Winning the BFL All-American is really a badge of honor. Few have won, and I have accomplished something that many want.”

Maloney, who has worked for 30 years as a design engineer for AT&T, indicated that he would love to go pro, but didn’t know if he was ready for the lifestyle change. “Winning the championship hasn’t really sunk in yet, and there is a lot to consider, but I would love to fish as a pro. Right now I have to start studying Lake Lanier; it wasn’t even on my radar.”

Rounding out the championship top 10 on the Potomac River are:

“This week has been an unreal week,” said Waller. “You learn so much as a co-angler, and I had amazing boaters. Chris (Jones) was phenomenal.”

Waller indicated that his key bait this week was a green pumpkin with blue flakes-colored Zoom finesse worm.

Rounding out the top 10 co-anglers at the All-American are:

Coverage of the BFL All-American will be broadcast in high-definition (HD) on NBC Sports Network when “FLW” airs Sept. 2 from 1-2 p.m. ET. “FLW” is hosted by Jason Harper and is broadcast to more than 559 million households worldwide, making it the most widely distributed weekly outdoors-sports television show in the world.