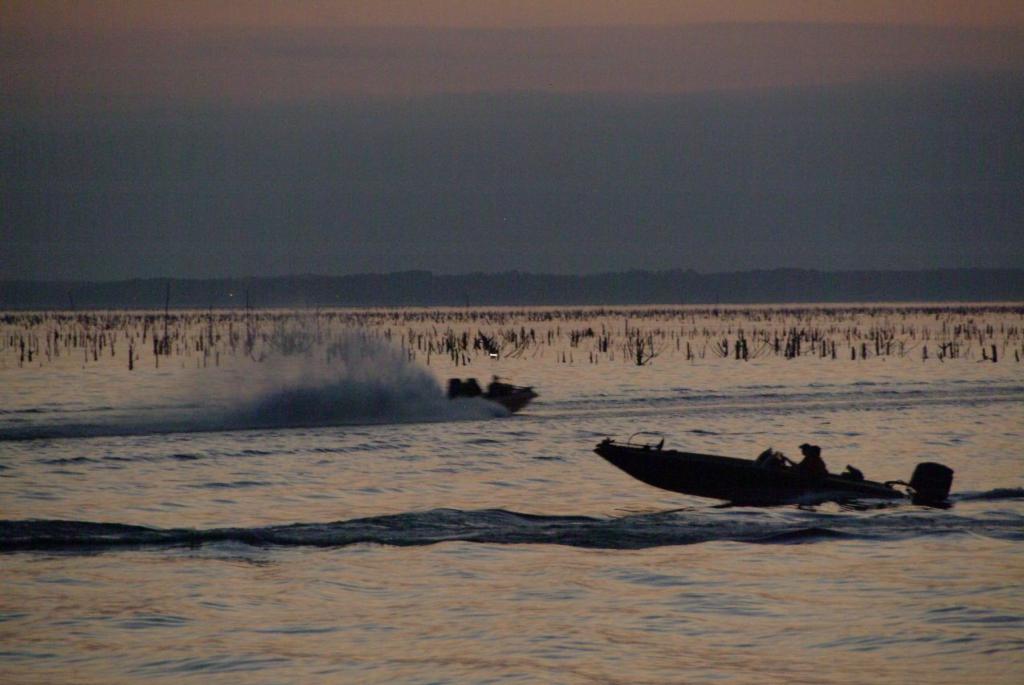 EverStart Series boaters race to their prime fishing locations during the final day of competition on Toledo Bend. Photo by Gary Mortenson.
May 23, 2012 • MLF • Press Releases

“There is a ton of grass and hydrilla deep,” said FLW pro Cody Bird of Granbury, Texas. “A drought really changes a lake, and now that water levels have returned to normal Toledo Bend is full of deep grass and vegetation. There is also a ton of cotton willow providing even more cover for the bass.

“I would recommend using crankbaits, Carolina rigs and big jigs in the grass,” Bird continued. “This tournament will either be won off of structure or flipping the grass. Young anglers should fish their strength. Toledo Bend is a big lake with a lot of fish. It should be a really fun tournament for them.”

Anglers will take off from Cypress Bend Park located at 3462 Cypress Bend Drive in Many, La., at 6:30 a.m. Saturday. Weigh-in will also be at the marina beginning at 1:30 p.m. Takeoff and weigh-in are free and open to the public.

University of Arkansas-Little Rock – Jeremy Hall and Trent Gephardt, both of Benton, Ark.

University of Arkansas – Zach Zajicek and Shaughn Reyenga, both of Fayetteville, Ark.

Four regular-season qualifying events are held in each conference – Central, Northern, Southeastern, Southern and Western. The top five teams from each qualifying tournament will advance to one of five televised three-day National Guard FLW College Fishing Conference Championships, where the first-place team wins a Ranger 177TR bass boat with a 90-horsepower Evinrude or Mercury outboard. The top five teams from each conference championship advance to the national championship.