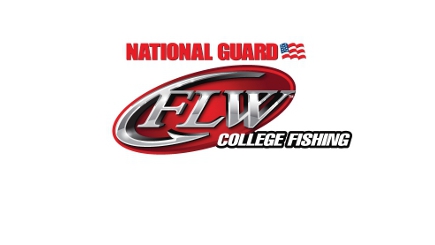 “One of my good friends just fished a local tournament on Shelbyville last weekend,” said FLW Tour pro Colby Schrumpf of Highland, Ill. “In that tournament, about half of the fish weighed in came from shallow water, and half of the fish weighed in came from out deep. So there really are going to be quite a few different patterns in play here. This tournament is going to come down to how familiar the anglers are with the lake, and then fishing to their strengths.

“This time of year most of the bigger fish have moved out into the deeper water,” said Schrumpf, who has five top-10 finishes on Lake Shelbyville in FLW competition. “I’d throw a crankbait or Carolina rig, and target 12 to 15 feet of water. Lake Shelbyville traditionally has about 1 to 2 feet of water clarity, so green pumpkin would by my color of choice. However, the weather here in Illinois has been a little warmer than normal, and real dry. This may put the lake level down a little bit, and would improve the clarity. This would also probably push the fish out a bit, and the deeper bite may be better.”

Although Schrumpf said he would target the deeper water looking for the bigger bites, he had some different advice for anglers who are not as familiar with the lake.

“If I were a college angler coming in with not a lot of experience on this lake, I’d concentrate on a good shallow pattern and try to find a quick limit,” he continued. “I’d be using buzzbaits, targeting some of the shallow wood, and even some weeds, depending on the water level. After I had some fish, then I’d move out to the deeper water and look for the bigger bites. I would guess that it’s going to take around 17 pounds to win this event.”

Anglers will take off from the 9th Street Ramp located on 9th Street in Shelbyville, Ill., at 6:30 a.m. Saturday. Weigh-in will be held at the takeoff site beginning at 12:30 p.m. Takeoff and weigh-in are free and open to the public.

Schools competing in the Lake Shelbyville tournament include: