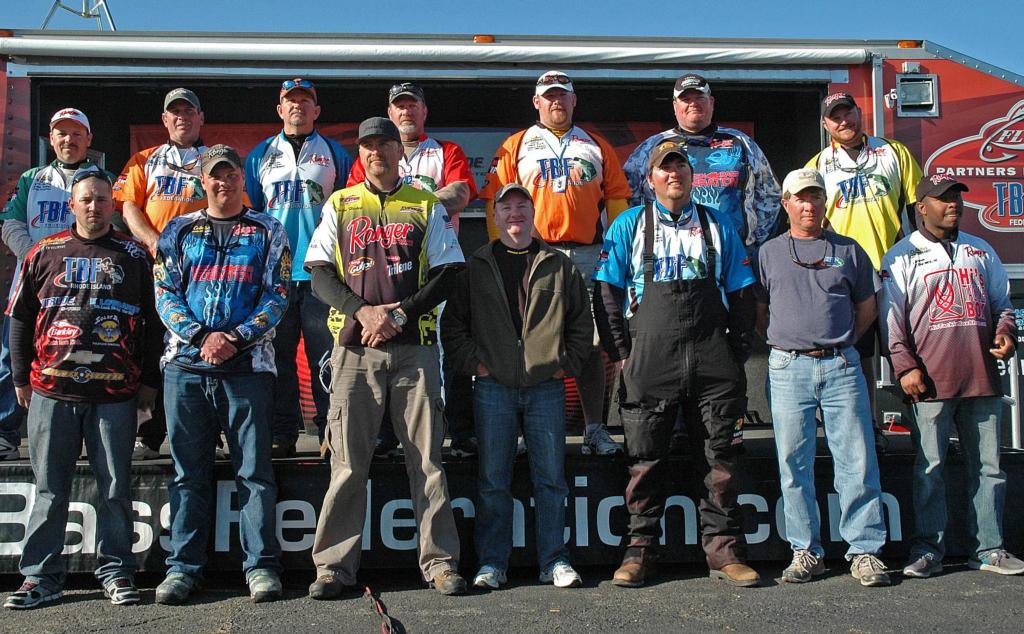 Bluebird skies settled over Oklahoma’s Grand Lake on day two of the 2013 Federation National Championship in Grove, Okla., as 14 TBF anglers advanced to Saturday’s finals to battle it out for the national title.

“Grand Lake today proved to me the quality of fish you normally read about,” said Daniels, who is making his first appearance at the national contest. “I’m extremely excited. This is the opportunity of a lifetime. I’ve been working for this all my life.” 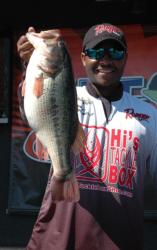 But it hasn’t been an easy road. Daniels’s blew a starter early on this week, a development which only allowed the California native three hours of practice. Then, on day two, he tore his lower unit on a rock pile in Horsecreek. .

“Thank goodness Ranger Boats provides these boats or I literally would be up a creek without water.”

On the final practice day, Daniels said that he settled into a pattern that’s successfully carried him into the finals.

“I gambled out there to today,” Robinson said. “I left some (fish) there, glad it didn’t cost me.”

Robinson said he has been throwing a spinnerbait, but plans to switch up both his tackle and prime fishing areas come tomorrow.

“I’ll cover all new water,” said Robinson. “It’s something I do best. It’s a confidence thing.”

Although, Robinson acknowledged that he does have two sweet pockets he plans on revisiting in the finals.

“It was a lot slower today, I just couldn’t get it going,” Hayes said. “Some time after 1 p.m., I pulled into a spot I’d never seen before and pulled three big ones; it’s the luck of the draw.”

Loughran said in addition to a tournament title, he’s also hoping for a bit of redemption. Last year, the BFL All-American was held on Loughran’s home lake. This year, he’ll face Nickajack Lake and try to settle up some history.

“Two years ago, I lost out for the BFL All-American there at our TBF championship,” he said. “Hopefully, I can go back and get a little revenge.”

The top 14 anglers, seven on the boater and co-angler sides, automatically earn spots in the 2013 BFL-All American – to be held this summer on Nickajack Lake in Tennessee. Tomorrow, the top boater and co-angler will walk away champions and also win berths in the 2013 Forrest Wood Cup. The national boater will also receive the $100,000 “Living the Dream” prize package, including cash and prizes, fully paid entry fees into the FLW Tour, travel funds and use of a wrapped Ranger Boat and Chevrolet truck for the year.

The final day of TBF National Championship competition will be held in conjunction with this week’s FLW Tour Beaver Lake event, held across the state lines. The weigh-in will be held at the FLW Outdoor’s Expo downtown at the John Q Hammons Convention Center in Rogers, Ark., and streamed live on www.flwlive.com. For updates, follow TBF on www.BassFederation.com, and www.Facebook.com/TheBassFederation or follow us on Twitter @bassfederation.

Ninety-four of TBF’s best grassroots anglers qualified for this week’s TBF National Championship. At stake is a national champion title, over $200,000 in cash and prizes – which includes the $100,000 “Living the Dream” prize package – and national bragging rights. After Friday’s second day of tournament action, 14 anglers have now advanced to the final day of competition for a shot at the title.

The TBF National Championship represents the culmination of more than two years of work for most of these anglers, who competed against the nearly 25,000 members in TBF clubs across the United States and Canada to earn their invitation. Only the best anglers from each US state federation, the Association of Collegiate Anglers National Champions and the Canadian Champions earn a slot at the national contest.

TBF National Championship anglers will compete for their share of nearly a quarter of a million dollars in cash and prizes. Every TBF championship angler will receive a check and other prizes. In total, 16 berths will be awarded in two of the sport’s most coveted events – the Forrest Wood Cup and the BFL All-American.

The top boater and co-angler from each of the seven TBF divisions will advance to the 2013 BFL All-American. The TBF Federation National Champion boater and co-angler will also advance to the world’s championship of bass fishing, the 2013 Forrest Wood Cup. In addition, the winning boater will receive the $100,000 “Living the Dream” prize package which includes fully paid entry fees into the 2014 FLW Tour as a Tour pro, travel expense stipends for each event, and use of a “Living the Dream” wrapped Chevy truck and Ranger boat for the year, as well as, other sponsor merchandise.

The Bass Federation Inc., (TBF), is the oldest and largest, organized grassroots angling organization in America. TBF is 100-percent owned by those it serves and is dedicated to the sport of fishing. TBF affiliated state federations and their member clubs conduct more than 20,000 fishing, youth and conservation events at the local level each year, and have provided the foundation for the entire bass fishing industry for nearly 45 years.

For more information about The Bass Federation, visit bassfederation.com, or call 580.765.9031. Look for TBF on Facebook at Facebook.com/thebassfederation and on twitter at Twitter.com/bassfederation.

FLW is the industry’s premier tournament-fishing organization, providing unparalleled fishing resources and entertainment to our sponsors, fans and host communities. FLW is offering anglers of all skill levels the opportunity to compete for millions in prize money nationwide in 2012 over the course of 191 tournaments across five tournament circuits, each providing an avenue to the sport’s richest payday and most coveted championship trophy – the Forrest Wood Cup. FLW is committed to providing a lifestyle experience that is the “Best in Fishing, On and Off the Water,” through a variety of platforms including tournaments, outdoor expos and the world’s richest fantasy sports game – FLW Fantasy Fishing. For more information about FLW and FLW Fantasy Fishing, visit FLWOutdoors.com or FantasyFishing.com and look for FLW on Facebook at Facebook.com/FLWFishing and on Twitter at Twitter.com/FLWFishing.