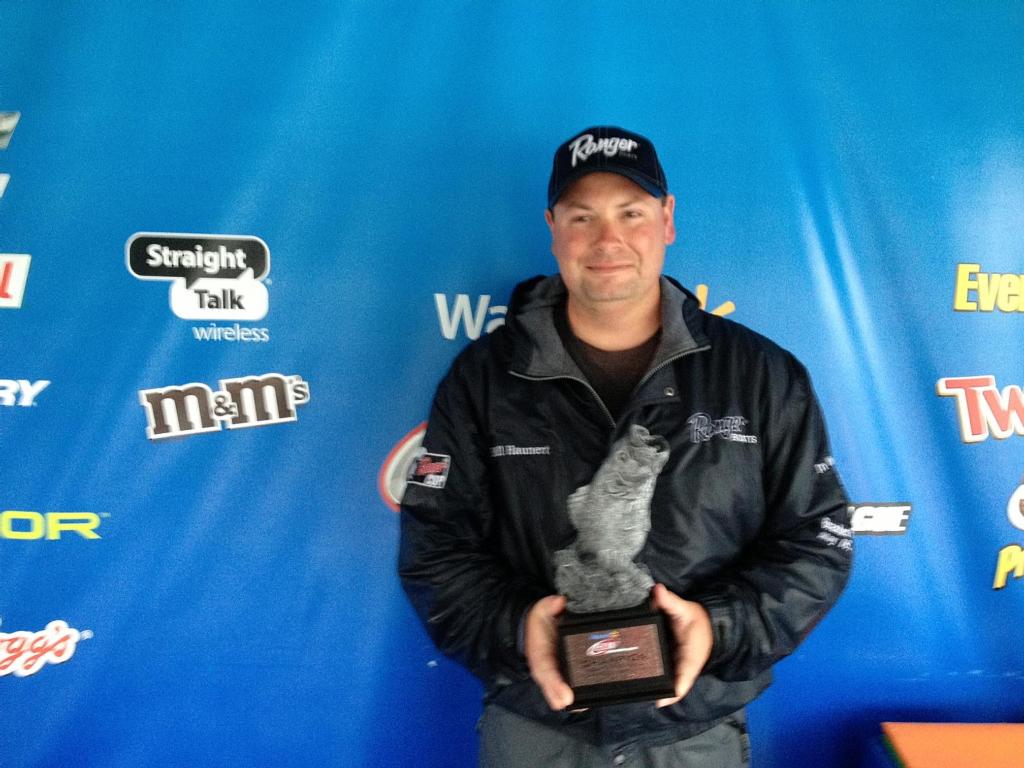 Haunert said he practiced on Lake Cumberland by throwing a swimbait the weekend before the tournament, which was his only opportunity to pre-fish for Saturday’s tournament. After three hours of fishing he only had two good bites and had lost one keeper. He knew that on tournament day it could be a tough bite. His game plan going into the tournament was to keep moving and target post-spawn fish with swimbaits, and to attack the aggressive fish that were coming off the beds. He stuck with his plan, and it paid off.

“I knew I needed one more fish, and after going three hours without catching anything you start to play mind games in your head,” continued Haunert. “I started to second guess my strategy, trying to decide if I should go to a marina to try and catch a sure-thing bass to fill out my limit with that I knew would be a smaller fish, or to stick with my game plan and go for one more quality bite.

“At about 3 o’clock I made a run to my last spot, and sure enough, on my third cast I caught my biggest fish of the day. It was really hard sticking to my original plan, but in the end it paid off. That doesn’t seem to happen very often, that you get to stick to your game plan and it works.

give him a chance. But after catching my last fish I wanted to give myself plenty of time to get back, so at 3:20 we started to make our way back. It was a pretty tense ride to the weigh-in. The lake was full of debris. Huge logs and entire trees were all over; most were not visible. You never want to lose focus on the water because it is too easy to tear up your equipment.”

Haunert sat with his wife and mother-in-law during weigh-in and said that it was pretty nerve wracking watching the weigh-in with the lead. He kept expecting someone to come in with a bigger sack. It never happened, and Haunert claimed his first FLW victory on Lake Cumberland. 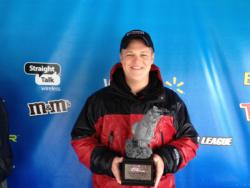