Staten lands on top at Guntersville 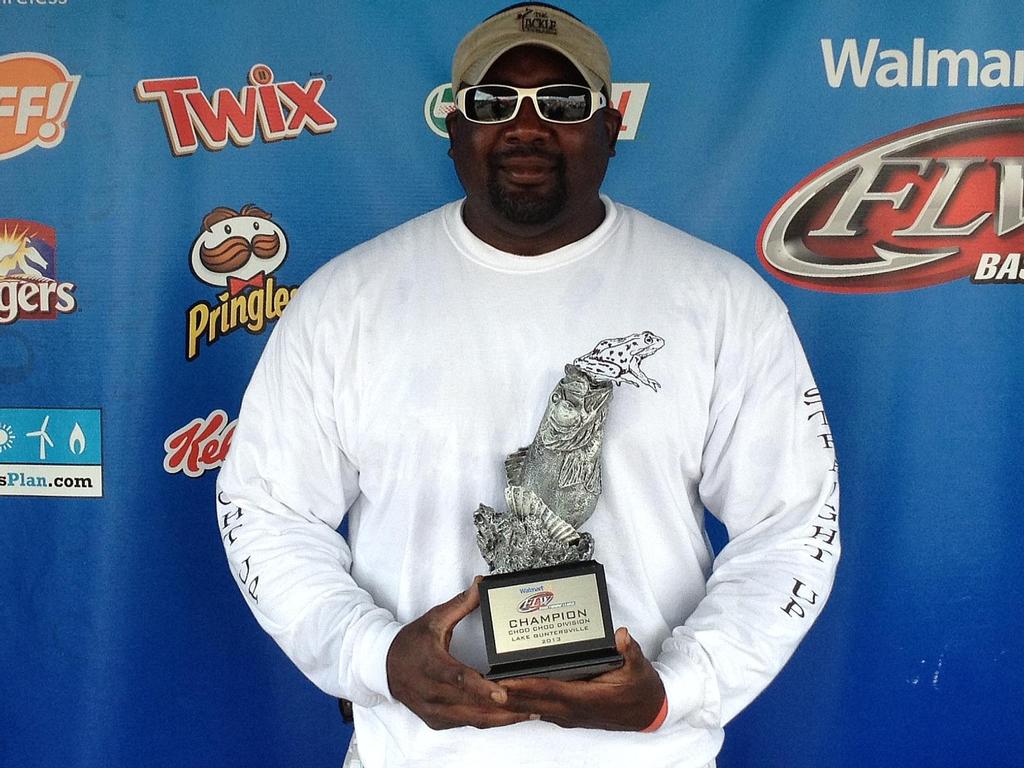 SCOTTSBORO, Ala. – Willie Staten of Albertville, Ala., weighed in a two-day total of nine bass for 35 pounds even Sunday to win the Walmart Bass Fishing League Choo Choo Division Super Tournament on Lake Guntersville. For his victory, Staten earned $5,632.

“I found the fish the weekend before during practice,” said Staten. “I ran down the river and fished my way back up.

“I was catching fish on a topwater frog in grass 5-feet deep and flipping a jig in deep hydrilla in 8 to 13 feet of water,” continued Staten. “It went so well on the first day I backed off them by 11 o’clock and just hoped they would bite on the second day.

“The second day I struggled,” said Staten. “I think I only got seven bites all day and only four keepers. When I got back I thought I may have had a shot to win it, but I didn’t know until the end. I’ve been wanting to win for a while, and it’s great to finally seal the deal.”

Staten said he caught his fish on a black and yellow-colored Snag Proof frog and by flipping a Mean Mouth jig. 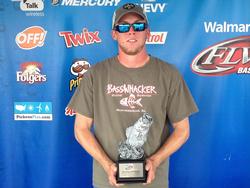 Cody Frazier of Soddy Daisy, Tenn., weighed in a two-day total of 10 bass weighing 28 pounds, 5 ounces Sunday to win $2,816 in the co-angler division.