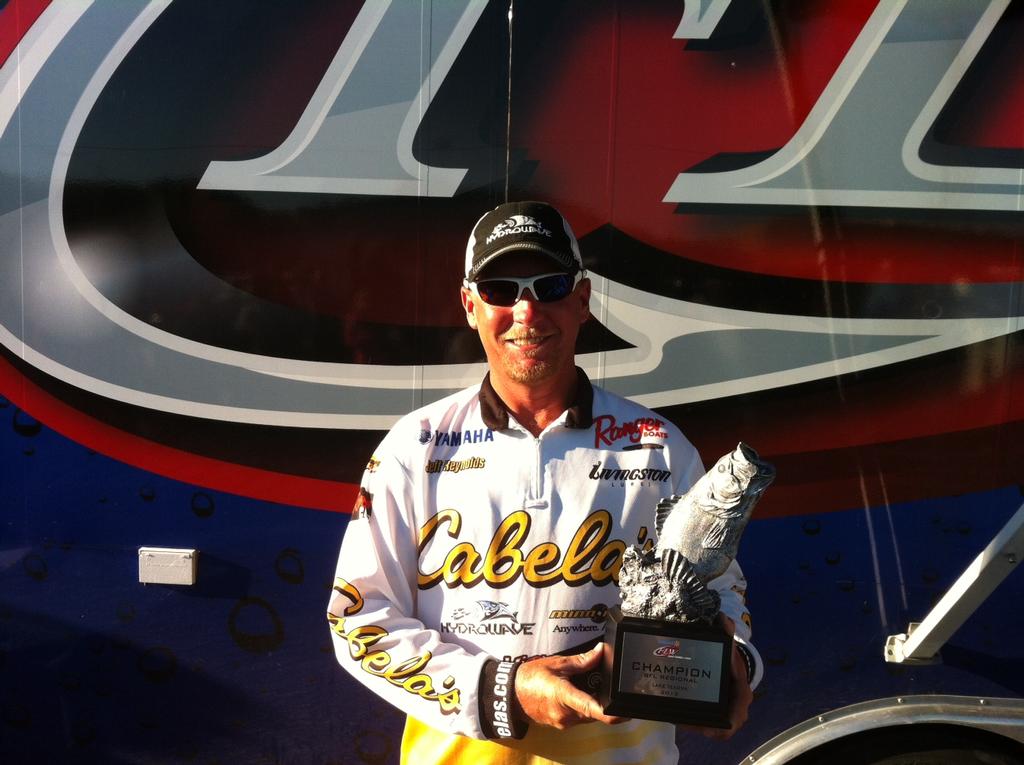 POTTSBORO, Texas – Jeff Reynolds of Calera, Okla., won the Walmart Bass Fishing League (BFL) Regional on Lake Texoma with a three-day total of 15 bass totaling 42 pounds, 2 ounces. For his victory, Adair won a Ranger Z518 with a 200-horsepower Evinrude or Mercury outboard plus a Chevy 1500 Silverado and entry into the BFL All-American presented by Chevy. This regional tournament featured the top 40 boaters and 40 co-anglers from each of the Arkie, Cowboy, Okie and Ozark divisions.

Reynolds said he used a topwater bait, local knowledge and a lot of gas to pick up his second BFL win of 2013 and qualify for the All-American.

“I just turned 40 and I’ve lived here since I was born,” said Reynolds. “I’ve fished here all my life. It kind of threw me for a loop; normally by this time in October the fish have moved back into the creeks and they’re pretty easy to catch.

“My biggest key was super-, super-shallow water,” continued Reynolds. “The gizzard shad were up on little bitty flat points – really, really shallow points. It was mainly a timing deal; you had to be there at the right time. I bet I hit 50 spots per day. I burned a lot of gas running and gunning.

“When the sun came out the bass would get more on the points that had something on them and hold closer to that cover,” said Reynolds. “When it was cloudy or morning they would be roaming.

“I caught a mix of smallmouth and largemouth,” added Reynolds. “I had a few places I knew had smallmouth that I would hit a bunch of times during the day, because I knew if I caught one it would be a good one.

“I’m pretty excited,” finished Reynolds. “For a weekend angler that makes your year – winning that much money in one tournament, that’s huge.”

Rounding out the top-10 pros: 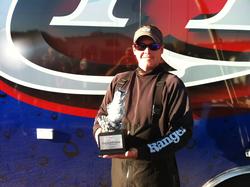 Jason Adair of Roff, Okla., won the co-angler division with a three-day total of 10 bass totaling 21 pounds, 10 ounces. For his efforts, Adair took home a Ranger Z518 with a 200-horsepower Evinrude or Mercury outboard along with a berth in the BFL All-American tournament.