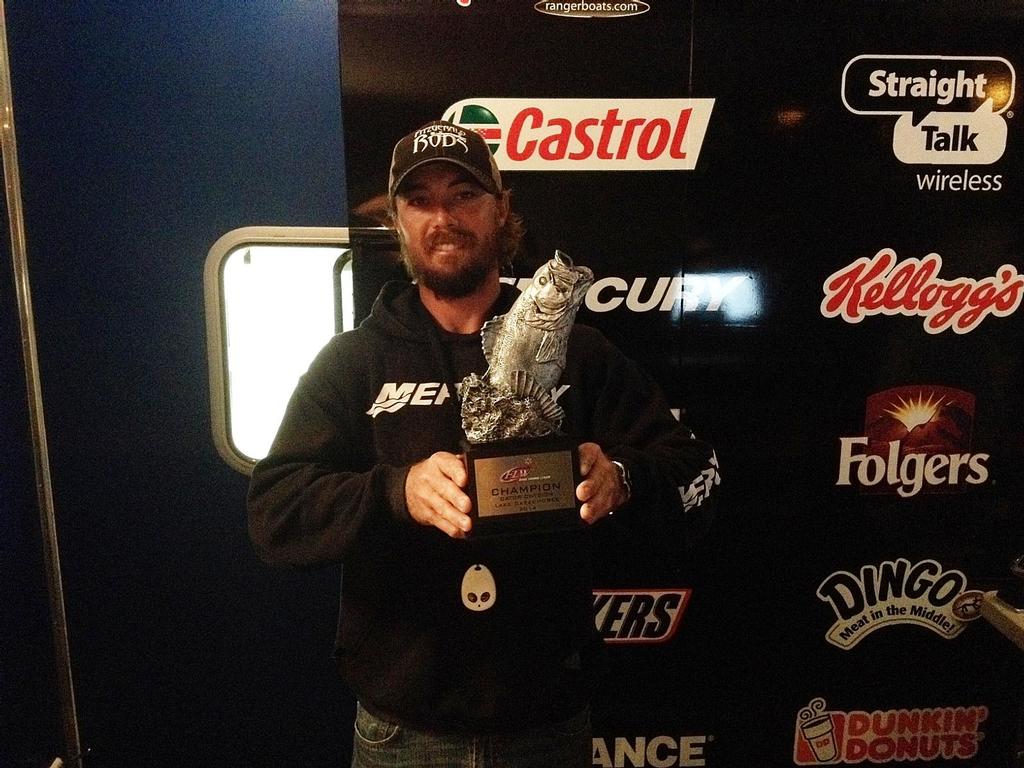 Keyso rode the time-tested combination of a big weight and a Gambler BB Cricket to a winning margin of more than two pounds on a stingy, post-frontal Okeechobee.

“I’ve worked hard at it and I’m pretty excited about it,” said Keyso about his first BFL victory. “It’s amazing when everything is meant to be – it all works itself out. I’m very blessed to have won. To win against so many guys who are so good in Florida is a great accomplishment for me.

“There was a ton of boat traffic in the area I started out at,” said Keyso. “I stuck it out through the boats but somewhere around 11 o’clock I decided to make a move and downsize baits.”

That 11 a.m. adjustment was what propelled him into the winner’s circle over the field of 201 seasoned bass anglers.

“I didn’t think I had a shot at the top five,” finished Keyso. “I’d been fishing out there the past few weeks and catching 30- to 35-pound bags. I knew it was a tough day but I didn’t think it was that tough. That front that came through shut everything down and you had to really slow down and downsize baits. All the guys around me were going way too fast. I don’t think they were getting the bites I was just because I had slowed down so much.”

Keyso said he started the day flipping a Gambler Crawdaddy on a 2-ounce weight and switched to a Gambler BB Cricket with a 1.5-ounce weight to catch his big fish in the afternoon. 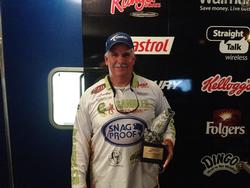 Luke Campbell of Fort Lauderdale, Fla., weighed in a five-bass limit totaling 21 pounds, 3 ounces Saturday to win $3,000 in the co-angler division. Campbell said his fish fell to a Snag Proof frog and a Gambler Big EZ fished on a Fitzgerald Rod with a Shimano reel.