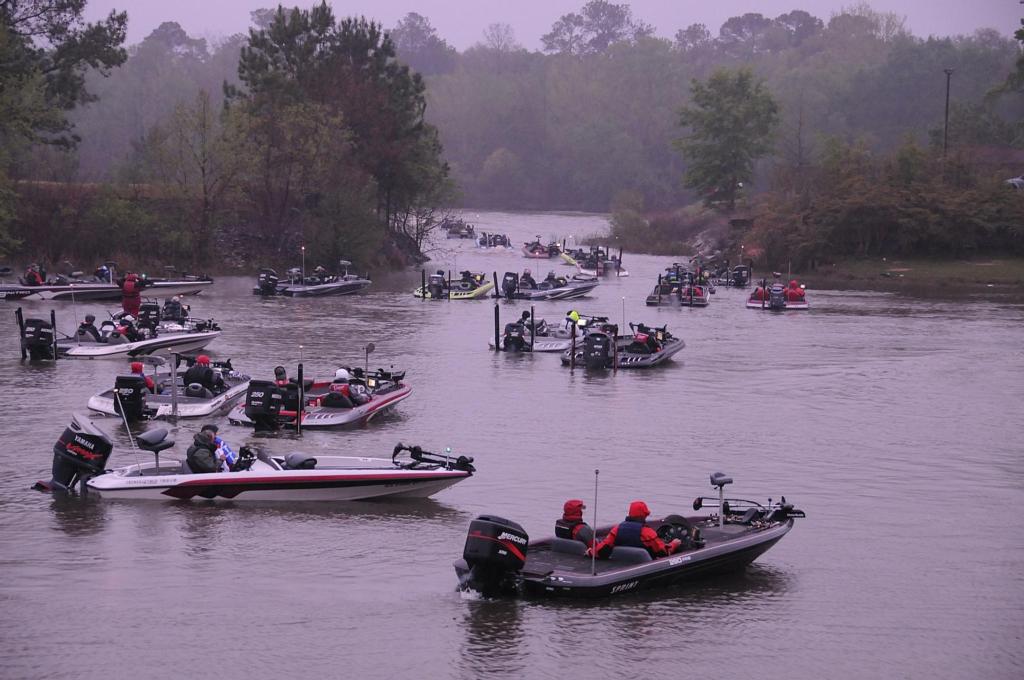 “I was just fishing on Seminole last week,” said Straight Talk Wireless pro Scott Canterbury of Springville, Ala., who finished third when the Rayovac FLW Series visited Lake Seminole in 2013. “The college anglers are definitely going to be fishing shallow. It’s all prespawn patterns right now.

“The key to this tournament will be finding the submerged vegetation and fishing around the grass,” Canterbury continued. “Look for the spawning areas. The fish will be staged up on the big flats. If you can find the right grass, hydrilla and coontail, you will have a good shot at winning.”

Canterbury said that he expects the most popular baits in this event to be Rat-L-Traps, jerkbaits and umbrella rigs.

“For those that throw a Rat-L-Trap, they’ll be targeting 4 to 8 feet of water,” Canterbury continued. “The umbrella rig guys will be fishing a little deeper, from 6 to 12 feet.

“You’re fishing for eight to 10 bites all day long. You’re not catching 20 fish a day, but the ones that you do catch are going to average 4 or 5 pounds. I think the winning team will bring 24 to 26 pounds to the scales.”

Canterbury said that fish will be caught everywhere, but did give the college teams a little advice on where to start.

“The whole lake is good,” Canterbury went on to say. “But, I like to fish the main lake area within five miles of where the Flint and Chattahoochee Rivers meet. I feel like that is the most fertile area of the lake. That being said, you can catch them anywhere on the lake.”

Anglers will take off from Bainbridge Earle May Boat Basin located at 100 Boat Basin Circle in Bainbridge, Ga., at 7:30 a.m. Saturday. Weigh-in will be held at the park beginning at 3 p.m. Takeoff and weigh-in are free and open to the public.

Schools competing in the Lake Seminole tournament, which is hosted by the Bainbridge Convention & Visitors Bureau, include:

Darton State College – Wesley Griner and Will Myrick, both of Leesburg, Ga.

Samford University – Andrew Brown and Will Worthington, both of Cullman, Ala.

South Alabama – Ethan Wages and Logan Marston, both of Mobile, Ala.

University of Alabama – Keith Kirkley, Northport, Ala., and Frankie Appaluccio, Tuscaloosa, Ala.

University of Alabama-Birmingham – Matt Lipscomb, Springville, Ala., and Gregory Cain, Locust Fork, Ala.

University of Montevallo – Tanner Ellis and Austin Herring, both of Alabaster, Ala.

University of Tennessee – Jackson Minnich and Parker Hurst, both of Knoxville, Tenn.