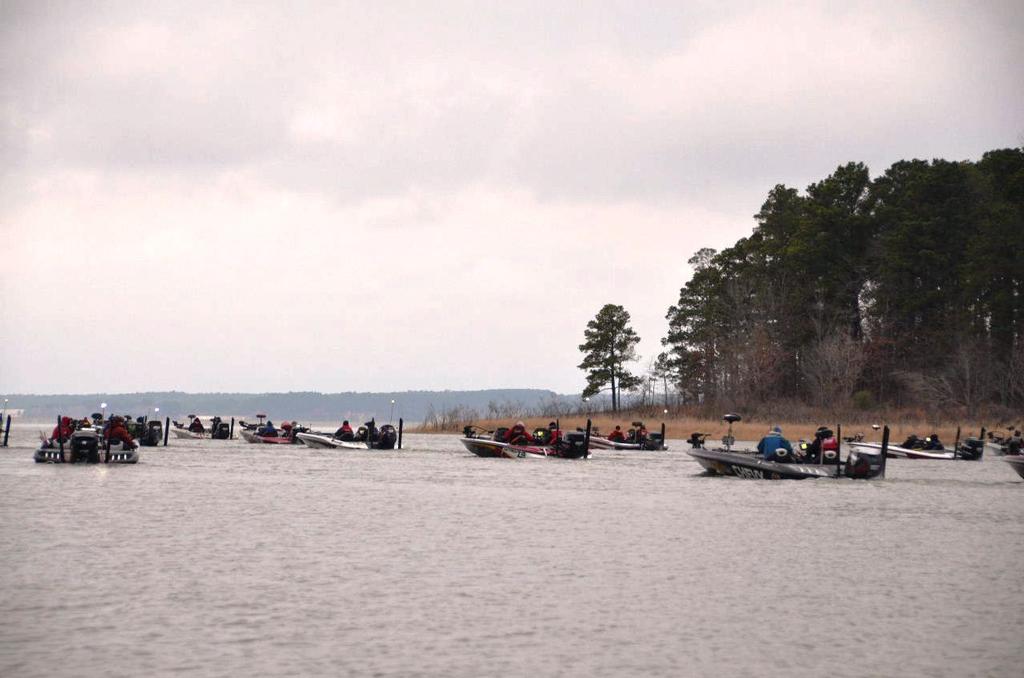 The 2014 Walmart BFL season continues on Saturday, Feb. 8. The Choo Choo Division will head to Lake Guntersville and the Cowboy Division will fish Sam Rayburn Reservoir. Both events will be the first of the season for their respective divisions. Up to 400 boaters and co-anglers will be competing in each event for top awards up to $8,000 and $3,000 respectively.

Notes: The bass fishing on Guntersville is expected to be excellent. Reports have the fish in winter and early prespawn patterns. Anglers will likely target bridges, main-channel structure and healthy vegetation. Lipless crankbaits, swimbaits and jigs will be in heavy use by much of the field. Umbrella rigs modified to conform to FLW rules also figure to feature in many anglers’ plans. The winner of this tournament is expected to bring a five-fish limit weighing around 25 pounds to the scales.

Notes: The bass fishing on Sam Rayburn will likely be good if the weather is good. The predominant patterns figure to be very similar to the ones that dominated in the recent Rayovac FLW Series event. Rat-L-Traps, umbrella rigs, jigs, crankbaits and swimbaits are all expected to get a lot of play. Most of the fish will be relating to hydrilla in some way, particularly along drains in flats. The winner will probably bring a five-bass limit weighing around 23 pounds to the scales.

The BFL is a 24-division circuit devoted to weekend anglers, with 120 tournaments throughout the season, five in each division. The top 40 boaters and co-anglers from each division qualify for a regional tournament and are competing to finish in the top six, which then qualifies them for one of the longest-running championships in all of competitive bass fishing – the Walmart BFL All-American presented by Chevy. The 2014 BFL All-American is being held June 5-7 on Wilson Lake in Florence, Ala. Top winners in the BFL can move up to the Rayovac Series or even the Walmart FLW Tour.

FLW is the industry’s premier tournament-fishing organization, providing anglers of all skill levels the opportunity to compete for millions in prize money nationwide in 2014 over the course of 229 tournaments across five tournament circuits, four of which provide an avenue to the sport’s richest payday and most coveted championship trophy – the Forrest Wood Cup. FLW tournament fishing can be seen on the Emmy-nominated “FLW” television show and is broadcast to more than 564 million households worldwide, making it the most widely distributed weekly outdoors-sports television show in the world. FLW is committed to providing a lifestyle experience that is the “Best in Fishing, On and Off the Water.” For more information about FLW and FLW Fantasy Fishing, visit FLWOutdoors.com or FantasyFishing.com and look for FLW on Twitter and Facebook.