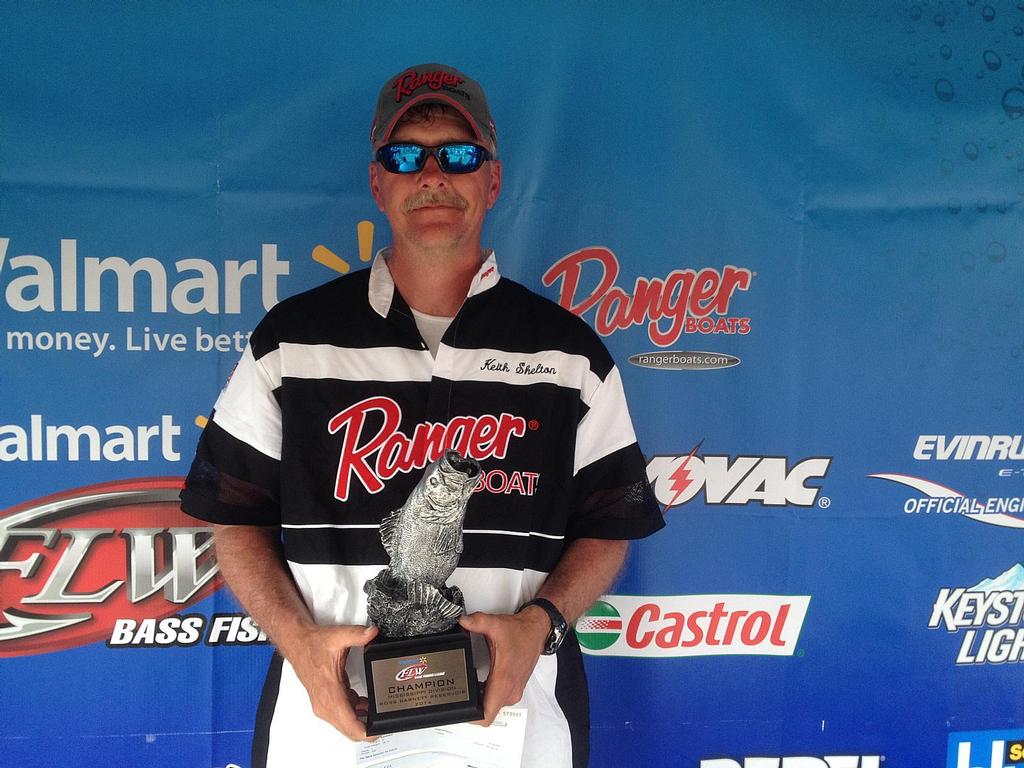 “I’ve lived here for 8 1/2 years,” said Shelton, who notched the first win of his career in FLW competition. “I’ve fished BFLs since 2006 and most of them have been here. It felt great to win. I thought I’d be in the top 10 or something. It didn’t really hit me until I got home.

“I’d say I caught around 35 fish throughout the entire day” explained Shelton. “I had caught 21 pounds while I was just goofing off in practice, so I really didn’t expect to win.”

Shelton said he was targeting prespawn fish by slow-rolling an unnamed swimbait, a NetBait Paca Craw and a Terminator Spinnerbait through the pad stems.

“There were small areas with both stems and what I call duckgrass. When you got in those areas, the bass were just ganged up. My two areas totaled less than 500 yards.” 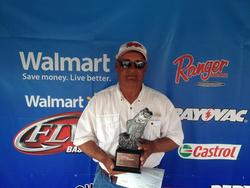