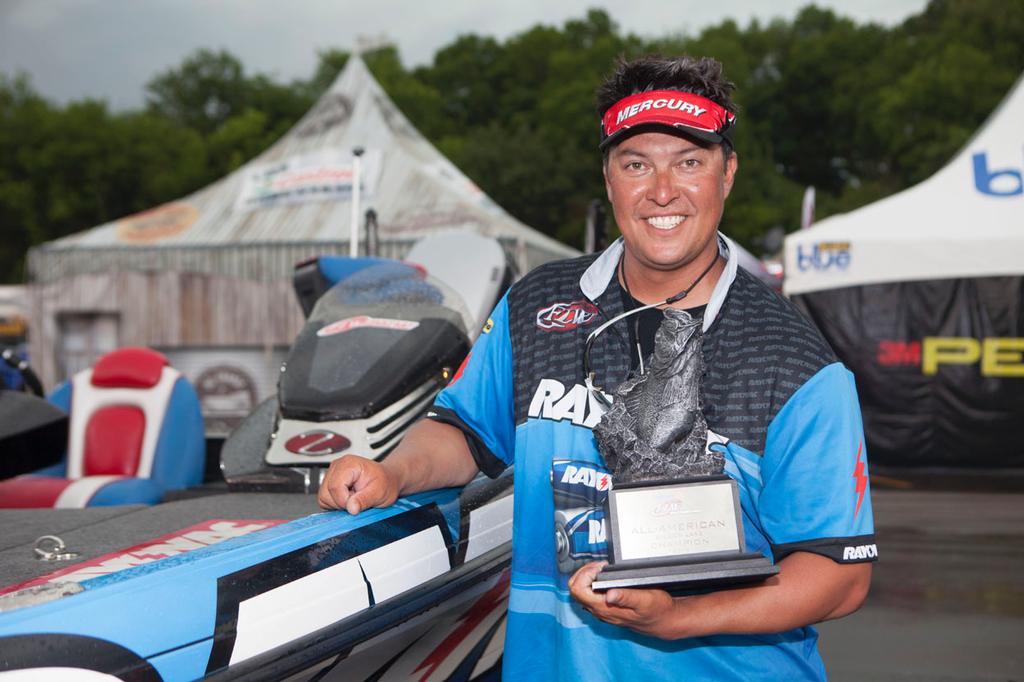 “Since I’ve gotten here to start my practice, this has been a dream come true,” Sykora said. “My first two days were unbelievable. Today was very nerve-racking. I’m so exhausted. I haven’t slept. There was no wind and it was hotter than a sauna. I didn’t know if I had enough weight to cover everybody. Now, I feel awesome.

“I had found a good school,” Sykora said. “The first two days of the tournament, my co-anglers and I caught more than 100 pounds of bass off of one area. Today, the schools were completely gone. I was thrilled that my 12 pounds was enough to get the win.”

Sykora said that his key baits over the first two days of the tournament were 6th Sense Crush 300DD and 500DD crankbaits. Today he said that he caught his fish on a Chompers football jig and Zoom Ol’ Monster worm.

The top 10 boaters were:

“This is such a huge blessing,” Sward said. “You never know what you’re going to get as a co-angler. You can be partnered with the best local pro on his home lake and he can have a bad week and it winds up you were in the wrong situation. Then you can draw a guy like I had. I fished with Dino (Moutogiannis), from Connecticut, and he pulled up on the mother lode.”

The BFL All-American is one of the longest-running championships in all of competitive bass fishing. The tournament, which is hosted by Florence/Lauderdale Tourism, features the top 49 boaters and top 49 co-anglers from across the country casting for top awards of up to $120,000 in the Boater Division and $60,000 in the Co-angler Division, plus the opportunity to compete in the most lucrative tournament in bass fishing – the 2014 Forrest Wood Cup presented by Walmart on Lake Murray, Aug. 14-17.