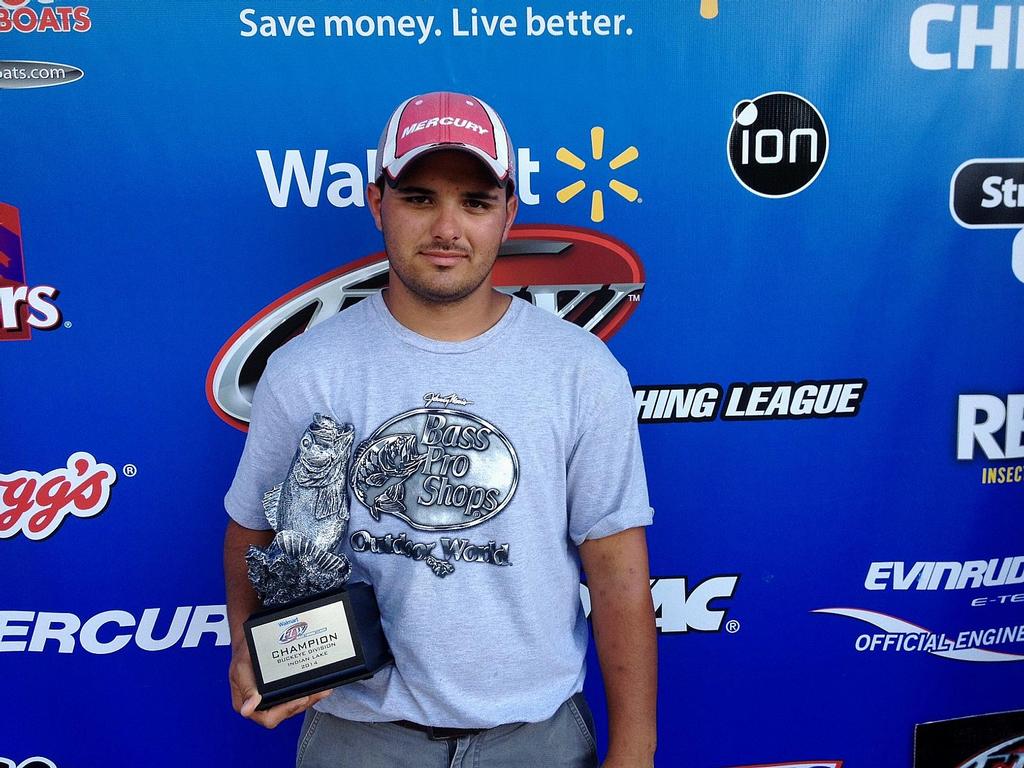 “I practiced on Friday and keyed in on a grass bite with light tackle,” said Seeger, who finished the season ranked second in the Buckeye Division Angler of the Year race. “On Saturday, I could do no wrong. I had 17 keepers and caught fish all day long.

“Sunday, there was a cold front and it shut my fish down,” Seeger explained. “I caught three keepers fairly quickly and then picked up one more around 2 p.m. on a Yamamoto Senko. I knew the fish were in the grass, I just had to get them to bite.”

Seeger said he fished grass flats and targeted the deeper edges where the bottom dropped from 1 to 6 feet. He caught almost all of his fish on a Texas-rigged 7-inch Blue Fleck-colored Berkley Power Worm with a 1/16-ounce sinker.

“I had talked to more than half the field on the water on the final day, so I knew it was tough,” said Seeger. “I couldn’t have been mad, even if I hadn’t won. I fished clean and capitalized on every bite all weekend.” 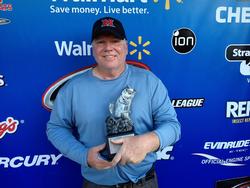 Dennis Robinson of Oxford, Ohio, weighed in a two-day total of six bass totaling 9 pounds, 8 ounces to win $2,635 in the co-angler division Sunday.