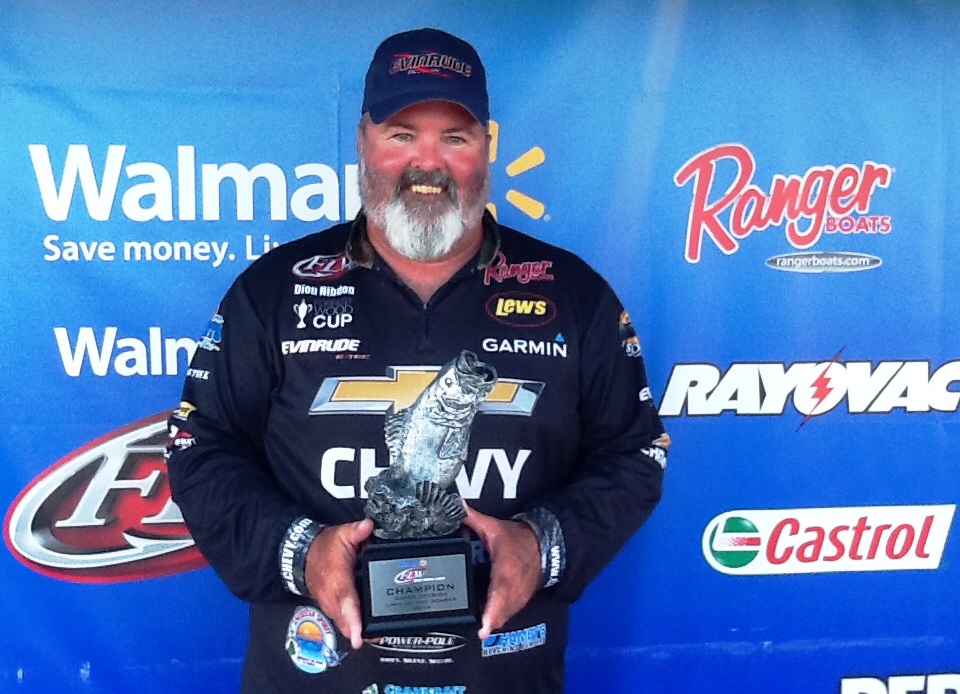 Dion Hibdon of Sunrise Beach, Mo., won the Sept. 27-28 Ozark Division Super Tournament on Lake of the Ozarks with a two-day total weight of 31 pounds, 2 ounces. For his efforts, Hibdon walked away with over $8,100 in prize money. Angler: Dion Hibdon.
Larson nets co-angler title on Lake of the Ozarks
September 28, 2014 • MLF • Phoenix Bass Fishing League

“I caught most of my fish skipping my bait up under boat docks, around brush,” said Hibdon, a 19-year Walmart FLW Tour pro. “I just started picking apart docks. About 90-percent of my fish came on a jig with a Luck-E-Strike Guido’s Secret Bug on the back of it, or a Texas-rigged Luck-E-Strike creature bait. I just had to get on the right docks and fish slow and pay attention to get the bait way up under them. I caught fish from 1½ to 8 feet of water.”

The 2000 Forrest Wood Cup champion also said that in addition to his two main baits, he fished a Luck-E-Strike Salty Razor Worm on a shaky-head rig and also caught one keeper with a Heddon Zara Spook. Hibdon said that he was fishing up the lake in muddier water and used a variety of darker colors for his baits.

“If you look at the top-20 finishers there, most of them are the best fishermen on Lake of the Ozarks,” said Hibdon. “I’m very proud to come out on top. I’m a fisherman, and I’m going to try as hard to win 50 cents as I would an FLW Tour event.” 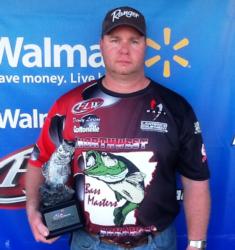 Dewey Larson of Fayetteville, Arkansas, weighed in a two-day total of eight bass totaling 18 pounds, 13 ounces to win $2,916 in the co-angler division Sunday.