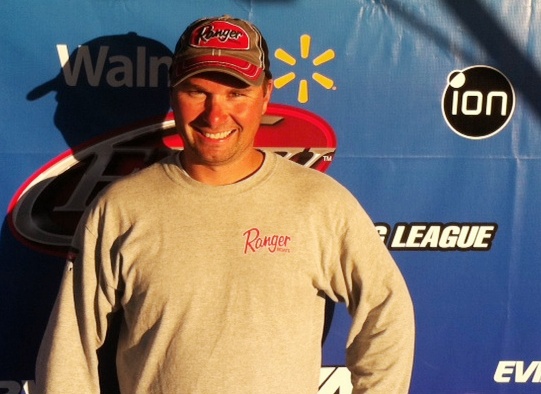 BENTON, Ky. – Chris Martinkovic of Hamilton, Ohio, weighed a three-day total of 11 bass totaling 38 pounds, 11 ounces, to win the Walmart Bass Fishing League Regional Championship on Kentucky Lake presented by Mercury Saturday. For his victory, Martinkovic took home a Ranger Z518C with a 200-horsepower Evinrude or Mercury outboard and a Chevy 1500 Silverado as well as entry into the 2015 BFL All-American presented by Chevy. This regional tournament featured the top 40 boaters and 40 co-anglers from each of the Buckeye, Great Lakes, Illini and Michigan divisions.

“In practice, I checked an area where I had remembered catching fish about five years ago,” said Martinkovic, who picked up the second BFL win of his career. “It was out of the wind, and I caught 18 pounds in about 20 minutes. It was one of those spots you dream of finding in a tournament. The fish stayed there all week and I could barely sleep before the tournament.

“I caught 18 pounds in about 10 minutes on day one,” Martinkovic continued. “I caught my limit almost as quickly on day two.”

Martinkovic’s magic spot was a shallow shell bed that had current from the fast-rising water pulling over it. He said the shell bed showed up as a visible dark spot on the first two days. The third day of the tournament was a different story. High winds and 2-foot waves made it difficult for Martinkovic to effectively fish his prime area. To compound his problems, when he left late in the day to try and salvage a limit his trolling motor broke with two hours to go.

“I thought for sure I had lost the tournament,” said Martinkovic after only bringing one bass to the scale on day three. “There were two people about 7 pounds behind me. I know Kentucky Lake fishes tough in the fall, but I felt for sure I needed more than one good fish to win. I was shocked.

“I’ve had a lot of close calls in some big tournaments,” Martinkovic went on to say. “I lost the All-American in 2008 because of a dead fish penalty. It feels great to get this win and I’m glad to be going back to the All-American.” 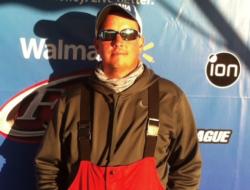 Ryan Sykes of Hamilton, Ohio, won the co-angler division with a three-day total of 10 bass totaling 25 pounds, 7 ounces. For his efforts, Sykes took home a Ranger Z518C with a 200-horsepower Evinrude or Mercury outboard along with a berth in the 2015 BFL All-American tournament.