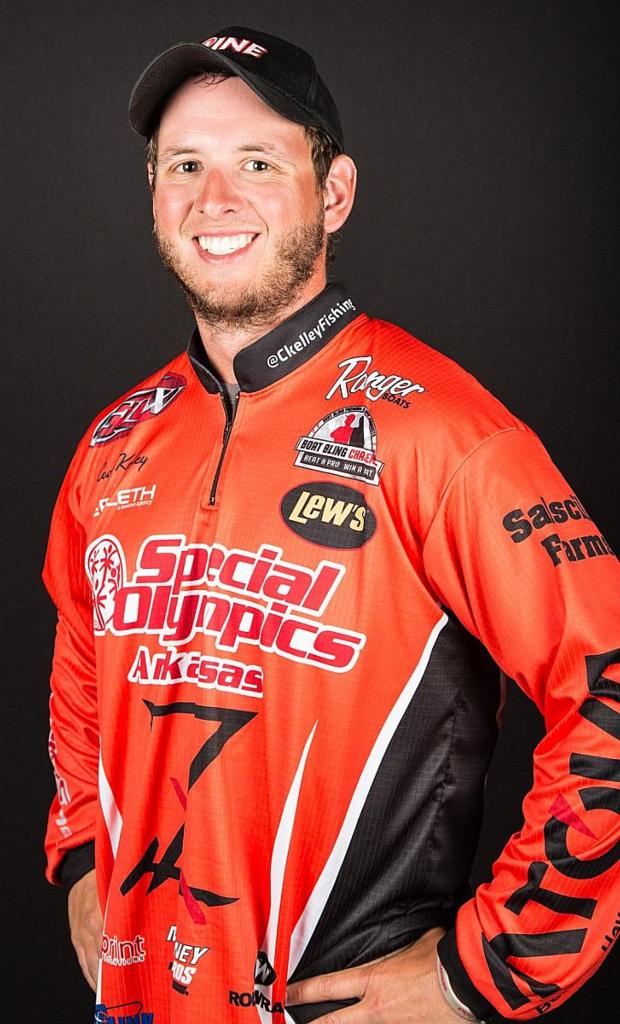 MINNEAPOLIS – FLW announced today that second-year professional angler Cody Kelley of Conway, Arkansas, will represent the FLW Foundation on the Walmart FLW Tour in 2016. As part of the agreement, Kelley will organize and host a youth fishing-derby at each FLW Tour event held in 2016.

Entering his sophomore season on the FLW Tour, the 24-year-old Kelley received industry distinction and acclaim by naming the non-profit Special Olympics Arkansas (SOAR) his primary sponsor in his rookie season. In addition to his SOAR partnership, Kelley now becomes the first angler selected to represent the FLW Foundation as he travels the country competing against the sport’s best anglers on the FLW Tour.

“I look forward to representing the FLW Foundation and bringing awareness to the non-profit organizations that I serve in the 2016 season,” said Kelley. “I have been lucky enough to pursue my dream of becoming a professional angler while also remaining true to my passion of helping other people. The FLW Foundation’s commitment to connect youth to the outdoors lifestyle is a cause that I wholeheartedly support.”

Formed in 2010, the FLW Foundation was created to help connect youth to their natural resources and promote education, conservation and an active lifestyle. The FLW Foundation functions nationwide with thousands of volunteers at hundreds of fishing tournaments and outdoor expos to achieve measureable on-the-ground success in youth angler recruitment and retention. The FLW Foundation maximizes the impact of existing partnerships and expertise through experiential learning opportunities that meet the shared goals of partner schools, natural resource agencies and corporations. This hands-on approach allows the FLW Foundation and its partners to connect outdoor leisure activities with sound educational principles.

“We followed Cody’s work with the Special Olympics Arkansas closely while he was on Tour in 2015,” said Dave Washburn, FLW Vice President of Operations. “Cody’s values align well with the mission of the FLW Foundation and we are confident that he is going to do a great job increasing awareness of the Foundation and helping us to achieve our goal of connecting youth to their natural resources in meaningful ways.”

For complete details and updated information about the 2016 Walmart FLW Tour visit FLWFishing.com. For the latest updates, photos and tournament news about Cody Kelley, follow Cody on Facebook at Facebook.com/CodyKelleyFishing, on Twitter at Twitter.com/CKelleyFishing or his website CodyKelleyFishing.com.

FLW is the industry’s premier tournament-fishing organization, providing anglers of all skill levels the opportunity to compete for millions in prize money nationwide in 2015 over the course of 240 tournaments across five tournament circuits, four of which provide an avenue to the sport’s richest payday and most coveted championship trophy – the Forrest Wood Cup. FLW tournament fishing can be seen on the Emmy-nominated “FLW" television show and is broadcast to more than 564 million households worldwide, making it the most widely distributed outdoors-sports television show in the world. For more information about FLW visit FLWFishing.com and look for FLW on Twitter, Facebook, Instagram and YouTube.