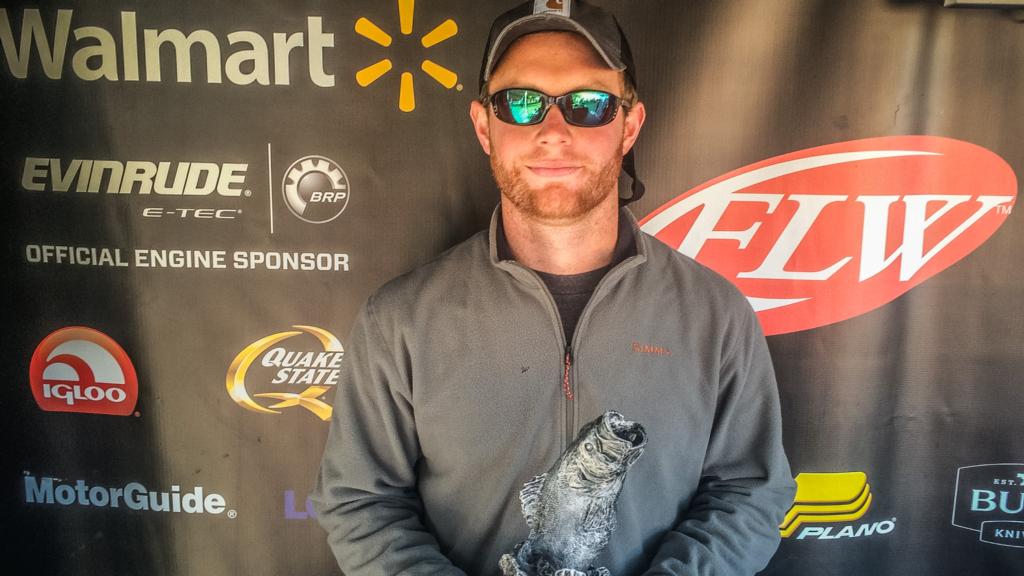 Kenney said he started his day by running south to target bass in ditches that were 8- to 30-feet deep. He said he used a shad-colored Fish Head Spin and was able to get three spotted bass in the boat fairly quickly.

“The fish I caught were mostly from water that I had never been in before,” said Kenney, who earned his third career win in FLW competition. “They just happened to be in the type of structure that I was targeting and it worked out.”

Kenney said he fished the ditches for about an hour, then moved to shallower water and focused on wood and docks using a Citrus Shad-colored Strike King KVD HC Square Bill Silent Crankbait. He said he caught his fourth fish – a 5-pounder – near a lay-down.

“It was so deep in there that I have no idea how I caught it,” said Kenney. “I was very fortunate that I didn’t lose it when I was pulling up.”

The Georgia angler said he then went nearly five hours without a bite before catching his fifth and final keeper at 2:45 p.m. on a custom jig near some rock.

“After the day I had, I didn’t think I would have enough weight to win,” said Kenney. “I was quite surprised when I ended up on top. I guess it was meant to be.”

Rega caught the biggest bass of the tournament in the co-angler division, a fish weighing 5 pounds, 4 ounces and earned the day’s Co-angler Big Bass award of $355.