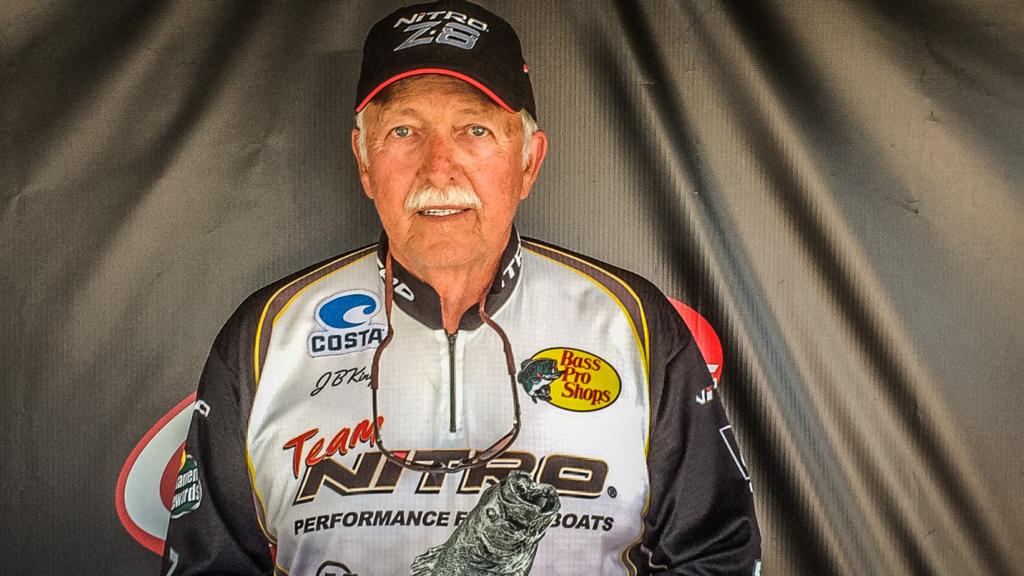 “I went down to the lower end of the lake to target smallmouth along rock bluffs,” said King, who earned the first win of his FLW career. “There was dirt and fine-gravel structure that attracting smallmouth. I fished stretches ranging from 100- to 600-feet long.”

“At my first area I caught my biggest bass of the day – a 4-pound, 11-ouncer – off of a gravel bank,” King continued. “I caught another keeper on a point before hooking two more from a bluff pocket. I spent 15 to 20 minutes in each spot and then moved on. I had five fish by 10:30 a.m.”

King said he used one bait to build his winning limit – a shaky-head rigged with a black and green-colored Zoom Finesse Mag Worm.

“You had to be patient and fish slow,” said King. “The fish were about 15 feet down and were either on a bed or guarding fry. Luckily I made something of my nine bites.”

Nick Neves of Brooklyn, Michigan, caught a 5-pound, 9-ounce bass – the biggest of the tournament in the pro division – and earned the day’s Boater Big Bass award of $650.

Stigall caught the biggest bass of the tournament in the co-angler division, a fish weighing 4 pounds, 10 ounces and earned the day’s Co-angler Big Bass award of $325.