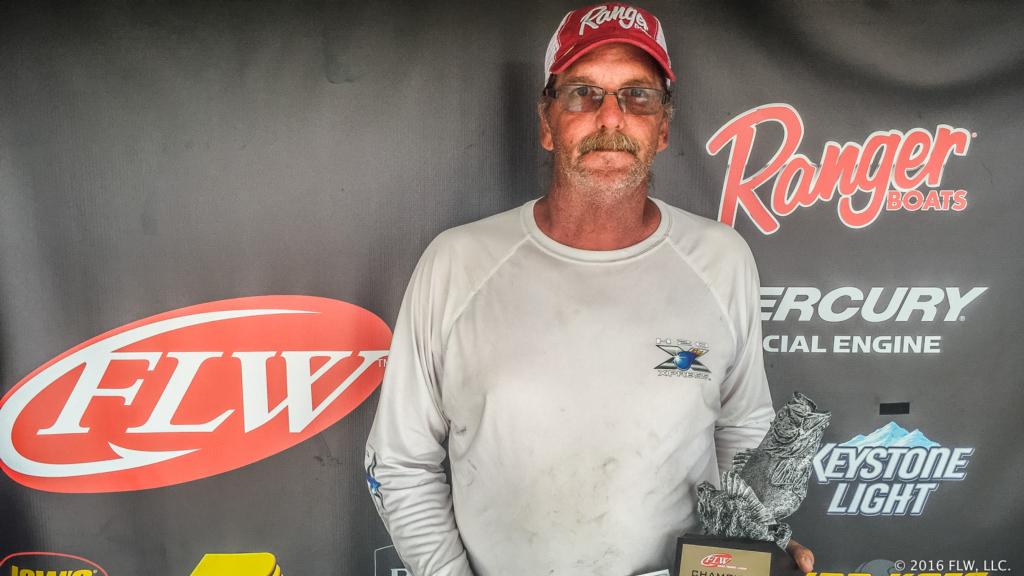 “I started my day running 5 miles up the main river to a pair of humps,” said Sommer, who earned his first win in FLW competition. “At one end, it was 18 feet deep, while the other was at about 45 feet. I threw into where it all topped off at 6 feet.”

Sommer said he used a plum-colored Zoom Ol’ Monster Worm and caught his first limit-fish from the hump within 20 minutes.

“After that I left the area for two hours and caught a limit farther north on a watermelon-red-colored Zoom Brush Hog,” said Sommer. “At midday I came back and caught three more big ones off of the Zoom worm. I fished it slowly. They hit it right when it got up the ledge and onto the 6-foot mark.”

The Oklahoma angler said he ended up boating 10 keepers throughout the event.

“I really enjoyed my day out there,” said Sommer. “I’m looking forward to fishing the next event in our division – a two-day super tournament at Grand Lake.”

Chris Jones of Pocola, Oklahoma, caught a bass weighing 6 pounds even – the biggest of the tournament in the pro division – and earned the day’s Boater Big Bass award of $650.

Williams also caught the biggest bass of the tournament in the co-angler division, a fish weighing 5 pounds, 7 ounces and earned the day’s Co-angler Big Bass award of $325.