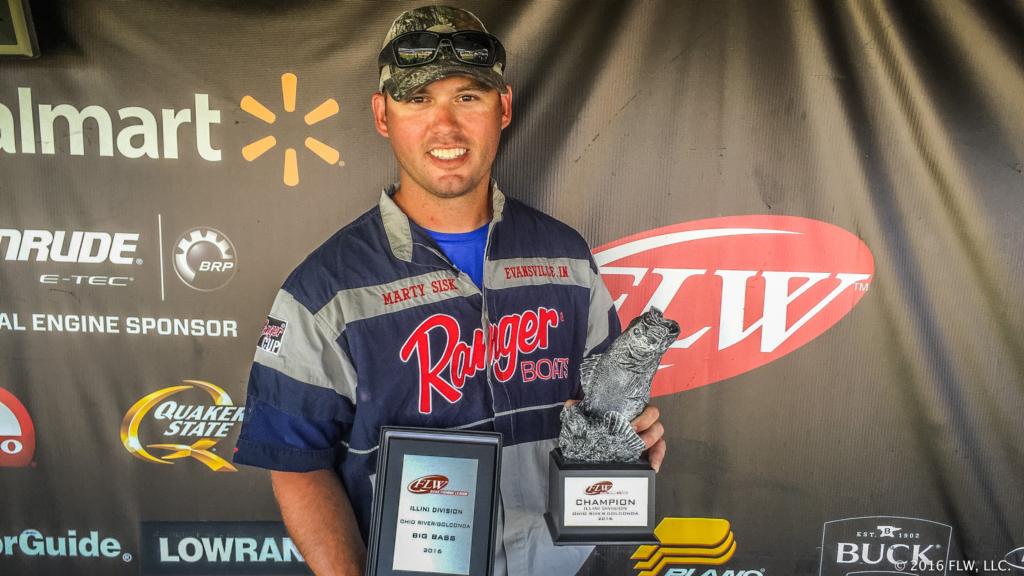 “I worked my way up the Cumberland River hitting offshore bars and small ledges,” said Sisk, who earned his third win in FLW competition. “I focused on chunk rock and pea gravel in 10 to 15 feet of water.

“I caught the biggest bass of the tournament around 10:30 a.m. on a 1-ounce Blue Glimmer-colored Accent spinnerbait,” said Sisk. “Throughout the day I rotated in a ¾-ounce green-pumpkin Hawgback Lures football-head jig with a green-pumpkin craw trailer, and a Carolina-rigged green-pumpkin Zoom Brush Hog. My goal was to keep the fish going. I didn’t want them to look at the same bait for a long period of time.”

Sisk said that he split his day between five different areas and caught nearly 50 fish.

“I hit a flurry between 9 a.m. and 10:30 a.m. which really helped me,” said Sisk. “Also, the Strike Force scent on my jig was a huge factor out there. It may have won the tournament for me.”

Kim caught the biggest bass of the tournament in the co-angler division, a fish weighing 4 pounds, 13 ounces, and earned the day’s Co-angler Big Bass award of $260.