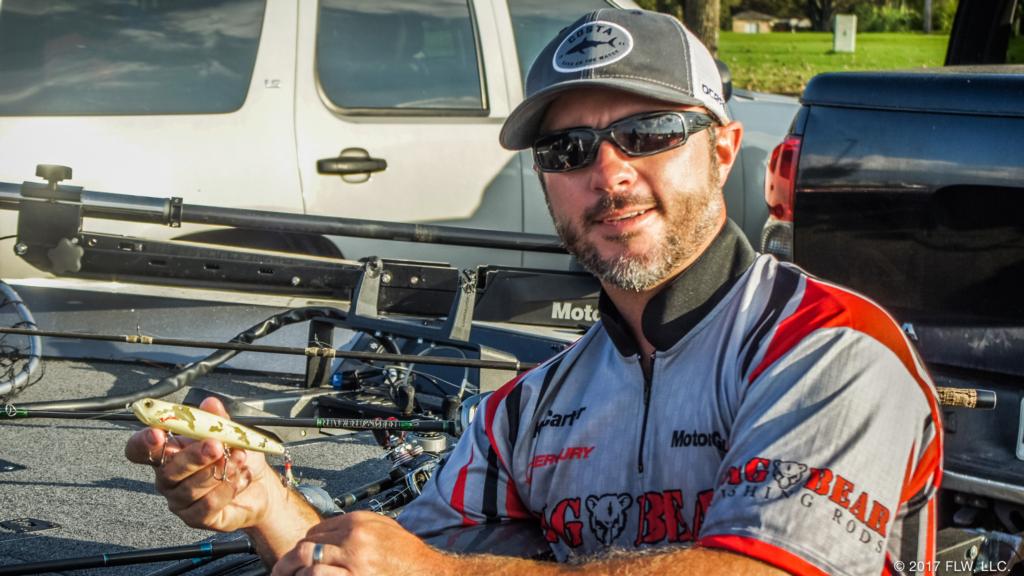 “I've led a couple of big tournaments in the past, but fell short at the end. It feels good to finally win one,” said Carter, who pushed his career earnings to nearly $220,000 in FLW competition. “This is by far the biggest accomplishment of my fishing career.”

Carter said he stayed mid-lake the first two days of the event, fishing stained water flowing in from small streams. He used spinnerbaits and buzzbaits to catch his fish on Day One, but switched to a Bone-colored Paycheck Baits Repo Man topwater for Day Two.

“I’m pretty sure the drains had gizzard shad, and that was important, so I switched lures,” said Carter.

By Day Three on Saturday, Carter said his drainage bite had come to a halt. He only had one keeper in the livewell by 11 a.m., so he decided to target bass in tributary creeks. He continued to use his Repo Man topwater, and rotated in a Spro Bronzeye Frog.

“It turned out to be a good move,” said Carter. “I found some fish up in Flint Creek and was able to catch a few good ones. The first one I caught was 4½-pounder. That fish told me I was back in the running for the win.”