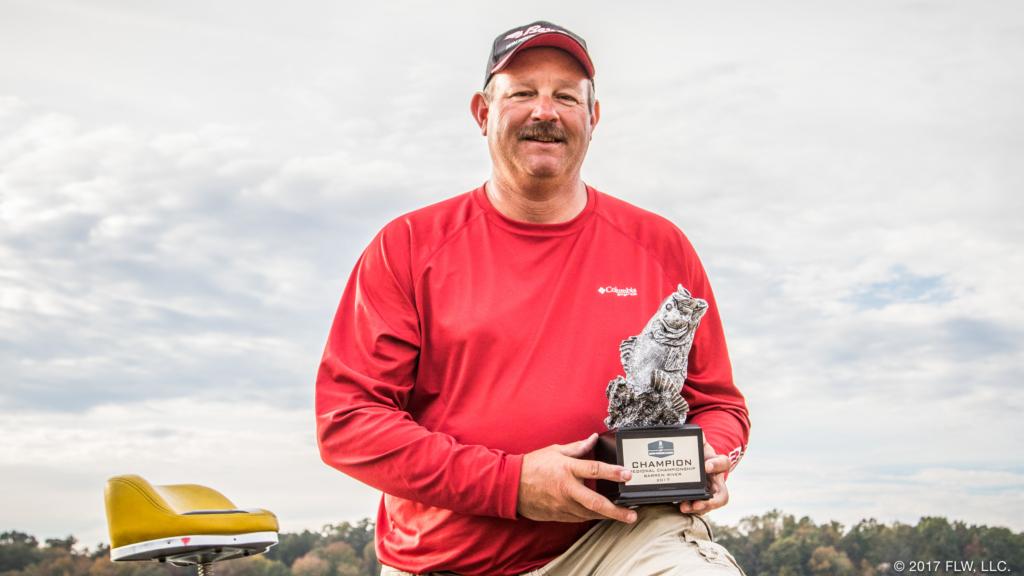 Sanders spent the weekend targeting brush piles and deep rock about 25 feet deep. He said his best brush was located off the ends of bluffs outside main-lake pockets.

“The (U.S. Army) Corps of Engineers started the winter drawdown about a week ago, and it kind of screwed up the shallow bite,” said Sanders, who earned his first career victory in FLW competition. “I just knew I had to fish out deep.”

“As soon as you felt rock or wood with the jig and pulled off of it, that’s when they ate it,” said Sanders. “You had to feel the cover – that was crucial.”