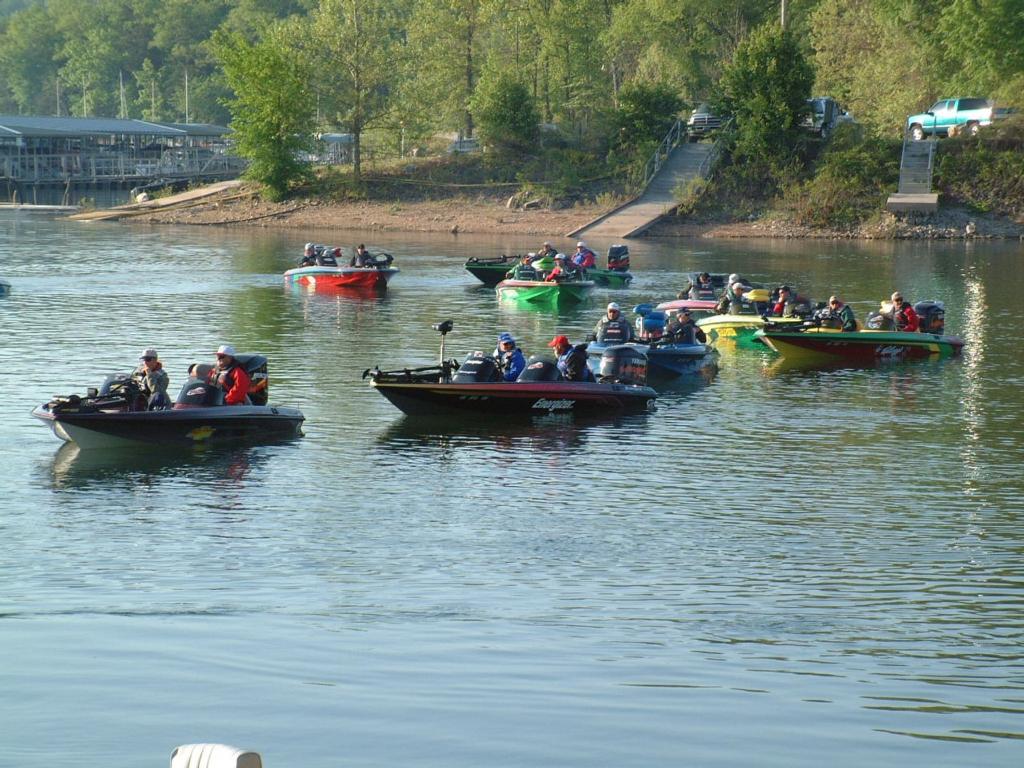 ROGERS, Ark. – Beaver Lake glowed again this morning under a gleaming Arkansas sun as 20 Wal-Mart FLW Tour pros and co-anglers filed out onto open water for Friday’s fishing action in the Wal-Mart Open. While the weather is inviting, the competition will be stiff for today’s pro semifinals and co-angler finals.

In the Pro Division, it’s anyone’s guess who will master today’s sight-fishing bonanza and advance tomorrow. Of the 10 pros fishing, four are previous winners on the FLW Tour, including two, Clark Wendlandt of Cedar Park, Texas, and Gerald Swindle of Warrior, Ala., who have previously won the Wal-Mart Open here at Beaver Lake.

Randy Howell of Trussville, Ala., won at Wheeler Lake in 1998 and Gary Klein of Weatherford, Texas, won on the Mississippi River at Memphis twice, in 1999 and 2000. Others to watch are Rick Gasaway of Kennesaw, Ga., who said he feels very confident about his fishing locations and the conditions here at Beaver Lake, and Johnny McCombs of Morris, Ala., a finalist at the Pascagoula River in February who has been fishing strong of late.

On the co-angler side, all eyes are on David Hudson of Jasper, Ala., who has led the division throughout the tournament. A model of consistency, he won the Co-Angler of the Year title last year. It’s tough to rule out, however, the prospect of a strong showing from Hoot Gibson of Bryant, Ark., and Fred Hill of Roxboro, N.C. Gibson placed 10th at last month’s FLW tourney at Lake Martin and has been a standout in the EverStart Central Division with one win and two runner-up finishes. Hill came in fourth place at this year’s FLW Pascagoula River event and has no fewer than eight top-10 appearances in respective EverStart and BFL events over the years.

But, realistically, it’s anyone’s game here today in both divisions. It will all come down to who can find the spawning beds with the most bass.

Weigh-in is scheduled for 5 p.m. at the Rogers Wal-Mart located at 2110 West Walnut. Immediately following the weigh-in, country singer Kenny Chesney will perform a free concert live from the Wal-Mart parking lot. The concert will be broadcast nationwide over the Wal-Mart Television network starting at 7:30 EST.

Click here for a look at all the day’s photos.