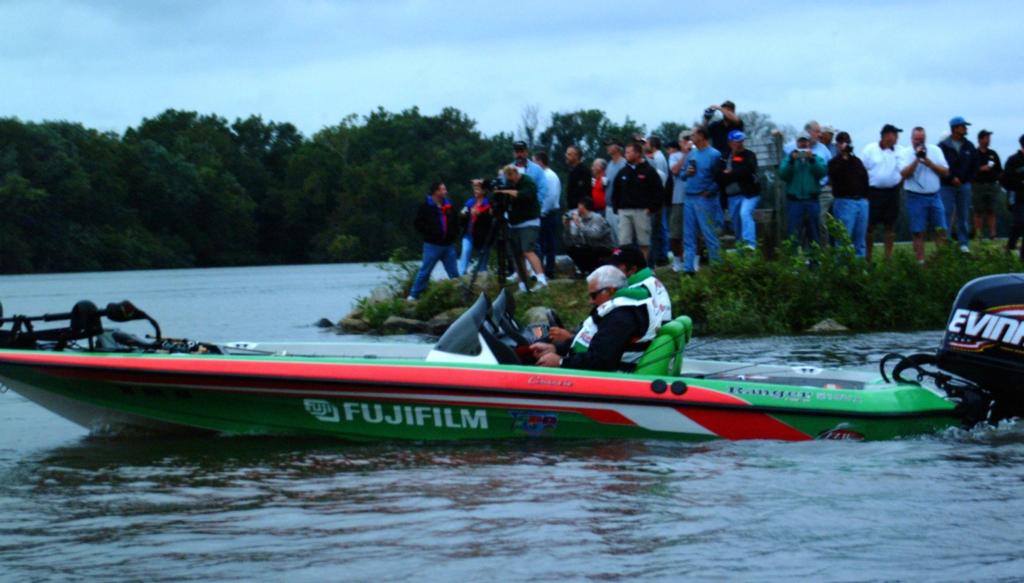 RICHMOND, Va. – The weather service is calling for an 80 percent chance of rain in Friday’s semifinal round of the 2003 Wal-Mart FLW Tour Championship. It remains to be seen exactly how that will affect the fishing for the 24 pros who made the cut through the opening-round brackets, but some of them will likely find muddier water when they reach their spots.

“I don’t know if it’s good or bad,” said Wesley Strader of Spring City, Tenn., who caught the most weight over the first two days – 19 pounds, 14 ounces – and took off in boat No. 1 Friday morning.

The tough northeast wind has returned for today’s action as well. On day one, the wind held up the tidal water and kept many anglers from finding the structure they fished in practice. Not only that, a number of the leading pros are going a long ways down the James River – as far as the Chickahominy River and beyond – and the wind chop on the open water during their runs will be ruthless. 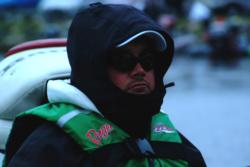 Rob Kilby of Hot Springs, Ark., had the second-heaviest opening-round sack with 19 pounds, 6 ounces, and Greg Hackney of Gonzales, La., had the third-heaviest weight with 18-7.

All the pros restarted the day at zero, however, and are competing head to head in the second round of bracket competition. The marquee matchup of the day is Clark Wendlandt of Cedar Park, Texas, vs. Kevin VanDam of Kalamazoo, Mich., both of whom are former FLW Anglers of the Year.

Another matchup to keep your eye on is Larry Nixon of Bee Branch, Ark., vs. John Sappington of Wyandotte, Okla. Sappington, the 2002 FLW Champion, is making a bid to become the first repeat FLW Championship winner.

The co-anglers are wrapping up their pool competition Friday, and the winner will go home with $25,000 following weigh-in. The pro field will again be cut in half after today, and the winner of the 12-angler final round will take home $500,000 Saturday.

Semifinal-round weigh-in begins at 5 p.m. at the Greater Richmond Convention Center located at 300 North 5th St. in Richmond. In addition, the FLW Outdoors Sports Show featuring over 140 exhibits, sponsor booths and the nation’s top boat brands opens to the public at 1 p.m. Friday at the convention center. Admission is free.

For fans outside the Richmond area, you can follow the drama of the head-to-head bracket weigh-ins live every day on FLWOutdoors.com. Complete with live, streaming audio and results, FLW Live is your fastest and most complete option for catching all the action from the 2003 Wal-Mart FLW Tour Championship. Transmission begins every day at 4 p.m. Central Daylight Time.