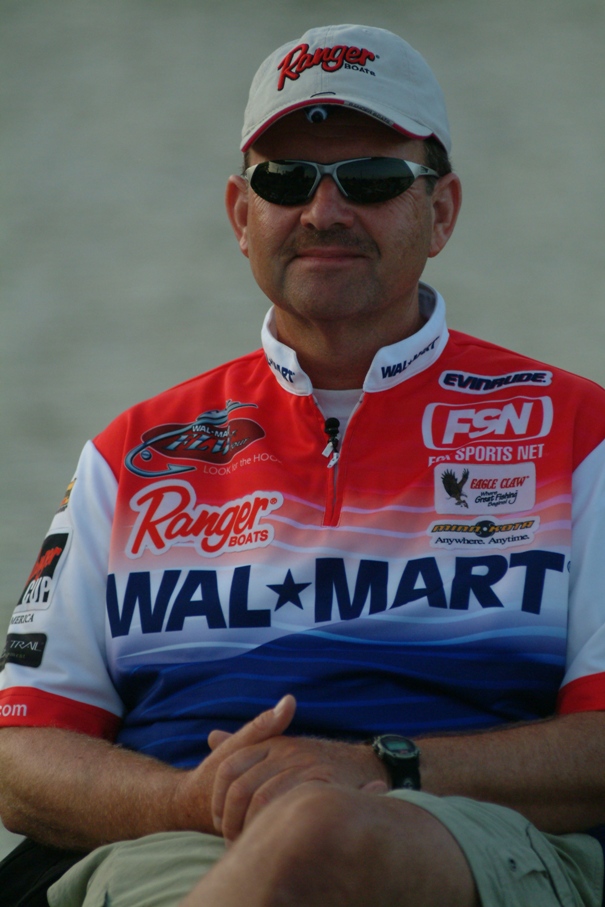 BIRMINGHAM, Ala. – In the next eight precious hours between the official takeoff time of 7 a.m. Saturday and the official check-in time of 3 p.m., lives will be changed on Lake Logan Martin.

Today, one of these 12 pro anglers will have everything go his way. He’ll make the right decisions, he’ll make the right casts, and he’ll execute flawlessly to bring every bite aboard, moving him within reach of the momentous payday.

For other anglers, there will be zigs instead of zags, missed opportunities,

broken lines and broken hearts because the agony of defeat in this event comes at an unfathomable price: at least $450,000.

Losing such a sum of money by just an ounce or two, or worse, to the proverbial one that got away is capable of causing a state of mental anguish that can take months to get over.

First, there’s a youthful hunger in the eyes of the top 12’s fresher faces: Brent Ehrler and Brennan Bosley.

In the lethal-sleeper department, Andy Morgan, Ray Scheide and Kim Stricker are waiting to strike. Sure, this 12-man field has more credentialed stars, and that’s just the way these three anglers like it.

And what about the hometown kid of Steve Kennedy from nearby Auburn, Alabama? Not only has he fished these Logan Martin waters for years, but he has been on a fiery two-tour tear this season.

However, two of the most lethal names to watch already know how to win an FLW Tour Championship because they’ve done it before. For David Dudley and George Cochran, the final frontier for $500,000 is familiar ground.

Dudley and Cochran both looked extremely cool this morning.

“This is when I finally get to relax,” joked Cochran, who has made a lucrative career out of thriving under the most extreme tournament pressures.

“This is when the old instincts take over,” warned Dudley, whose uncanny

sixth sense for being at the right place at the right time has made him FLW Outdoors’ top moneymaker with $1,777,313.

Welcome to the final frontier, where only one angler will survive to take home $500,000.

The FLW Outdoors and Boat Show opens at 10 a.m. today at the Birmingham-Jefferson Convention Complex, located at 2100 Richard Arrington Jr. Blvd. in Birmingham, Ala.

The final weigh-in will start at 5 p.m., and if you can’t make it in person, be sure to see the weigh-in live at flwoutdoors.com under the FLW Live link.