Bobbers, jigs and everything in between in FLW Tour opener 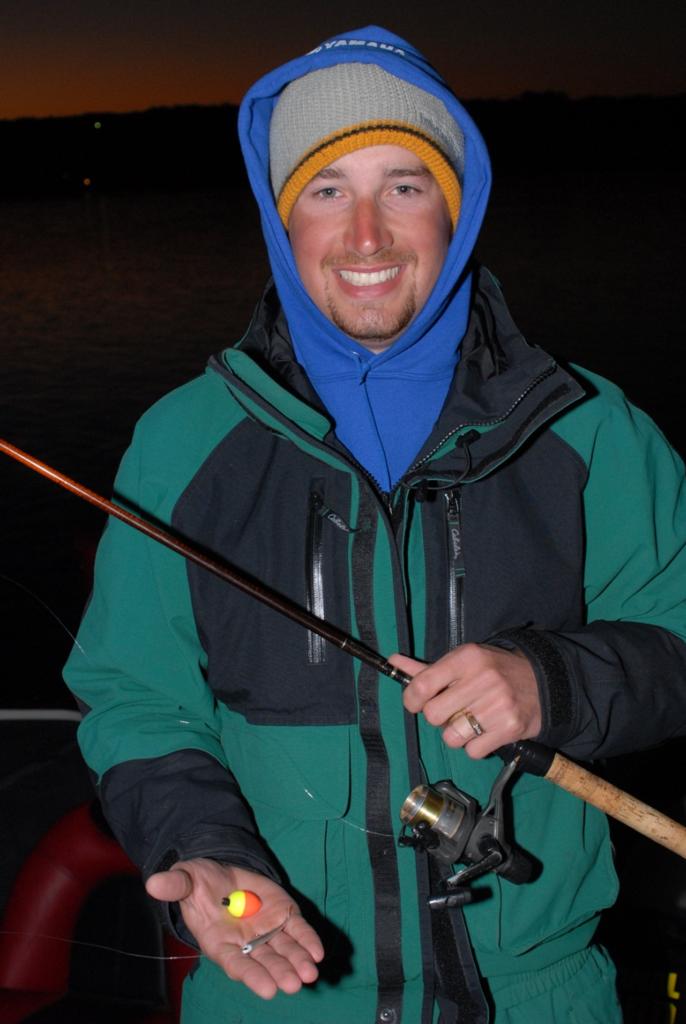 AUSTIN, Texas – As the top 10 pros and 10 co-anglers in the Wal-Mart FLW Tour event made last-minute preparations Saturday morning, different tactical approaches were coming to light with the early dawn.

One of the more unique sights was young pro Ott Defoe of Knoxville, Tenn., putting together a two-piece spinning rod. The reason the rod was in two pieces was because it is 9 feet long.

Then he began digging through a tackle tray of small bobbers – it looked as if Defoe was going perch fishing instead of competing for $125,000 in a professional bass tournament.

“It’s the old Float ‘N Fly,” Defoe said with a big grin. “This is how we catch smallmouth and spotted bass in Tennessee, but I’ve found it works great on the largemouth bass here on Travis.”

Actually, Defoe’s technique is a lot like perch fishing. The idea is to set the bobber about 12 feet above a tiny 1/16-ounce jighead teamed with a tiny Lunker City finesse shad body so the little jig continuously bobs and dangles in the 12-foot zone, right in the faces of suspended bass.

“You have to use such a long rod because casting out 12 feet of line with nothing but a bobber and a little jig is much harder with a standard 7-foot rod,” Defoe advised. “The extra 2 feet really helps you whip it out there.”

And just how do you fish the Float ‘N Fly?

“I’m targeting steep vertical banks,” Defoe explained. “Once I get it whipped out there

along a bluff, I just twitch it a couple of times and let it sit. If there is any chop on the water, it will do the work for you, bouncing that little jig up and down.”

Amazingly, Defoe is using just 6-pound-test P-Line for the technique. But he whipped a 5-pound bass with it yesterday, which put him in the top 10 in sixth place.

As Defoe was digging through his bobbers on one end of the dock, top-10 co-angler Frank Divis Sr. of Fayetteville, Ark., was busy passing out 3/4-ounce PJ’s finesse jigs to other co-anglers at the other end of the dock.

“Just throw it out there and drag it along the bottom,” said Divis, who has quietly helped make the football-head jig a very popular lure along the FLW Tour in the last five years. “When you feel a big rock, just let it sit.”

This morning, the top 10 finalists in each division enjoyed a much warmer takeoff than the last two mornings, with early temperatures reaching the 40-degree mark.

Today is forecasted to be the warmest day of the event with temperatures slated for the middle 60s, but the wind is supposed to blow.

With warming water and 190 boats less fishing pressure, all the finalists are hoping for better fishing today – from top to bottom.

The Austin Convention Center, located at 500 E. Cesar Chavez St. in Austin, will open its doors at 10 a.m. this morning to kick off the free Wal-Mart FLW Tour Family Fun Zone.

The first 300 children 14 and under visiting the Family Fun Zone today will receive a free FLW Outdoors hat from KASE 101 FM.

The free weigh-in will begin at 4 p.m.