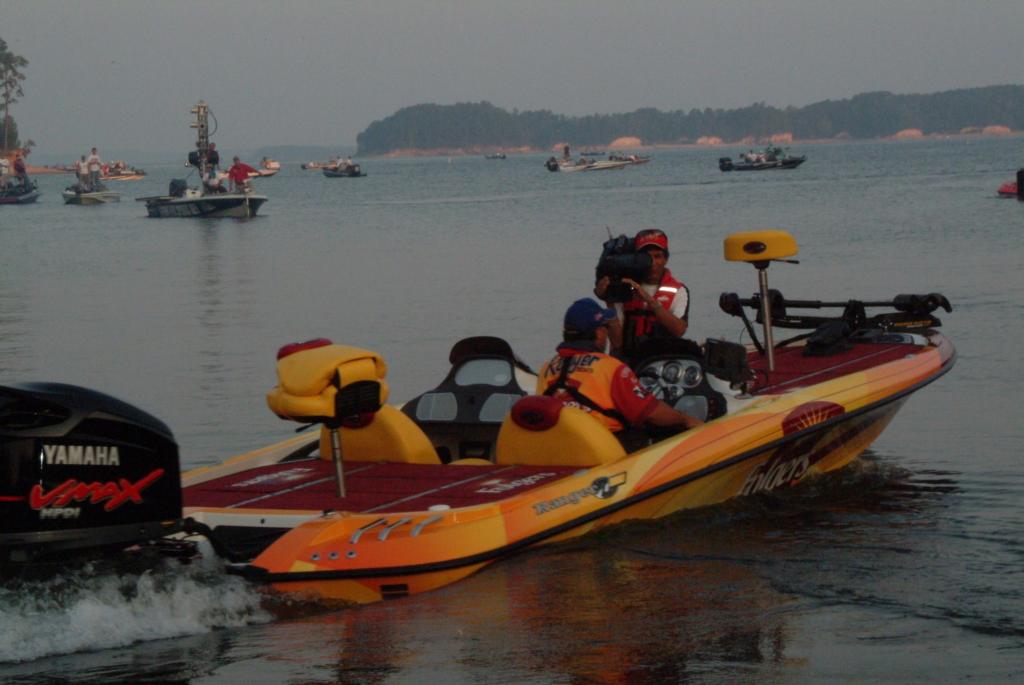 HOT SPRINGS, Ark. – As the top-10 finalists departed Brady Mountain Resort shortly after 7 a.m. Sunday morning, it was clear that the heat was on – literally and figuratively. With temperatures estimated to top out at 97 degrees, marking the fourth consecutive day of searing heat and relatively calm conditions, anglers were bracing themselves for yet another tough day of fishing.

However, with a top prize of $1 million at stake – the largest first-place award in the history of bass fishing – there was plenty of additional sweat under the collars of the finalists as they made their last foray onto Lake Ouachita. 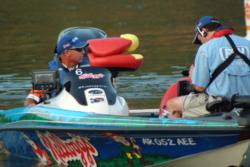 “It was brutally tough yesterday,” said Forrest Cup finalist and two-time FLW Tour Angler of the Year Clark Wendlandt. “I think the real question is: Who has enough gas left in the tank to win this?”

At this point, the smart money is on local favorite Scott Suggs of Bryant, Ark., who posted an 11-pound sack in yesterday’s competition to solidify his hold on the top spot. So what’s the key to today’s competition?

“The main thing is to catch five fish,” said Suggs. “I thought all along that if somebody could catch five keepers each of the four days they could win this thing. And I still believe that. But this lake has humbled me before and I’ve lived here my whole life. The bite is off, it’s the Dog Days of summer and it’s really tough out there right now. At this point, you can’t go celebrating or worrying about all of the money that’s on the line until it’s over.”

While Suggs’ 4-pound lead does look formidable, Lake Ouachita has a way of leveling the playing field when you least expect it. Just ask FLW Tour pro Wesley Strader, who won the Lake Ouachita event in 2002 after landing a 6-pound-plus largemouth on literally his final cast of the day. 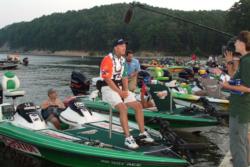 “Anything is possible here,” said finalist Mike Surman, who currently sits in fifth place, roughly 6 pounds behind the leader. “If I can go out there and catch a 6-pounder right away I know I’m pretty much back to even. And there are definitely some 6-pounders in this lake so I’m not giving up hope.”

However, by the same token, pros are well aware that catching Suggs won’t be easy.

“I’m playing catch-up today and that’s pretty tough,” said third-place pro David Dudley, who boasts more than $2 million in winnings at FLW Outdoors events over his career. “On some lakes, a 4-pound lead wouldn’t be much. But right now, with the bite this difficult, it’s going to be hard to make up that weight.”

But in the end, Lake Ouachita is going to present somebody the opportunity to walk away with a staggering $1 million payday. Who will that be? Right now, it’s anybody’s guess. 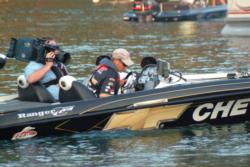 For those unable to attend in person, FLWOutdoors.com brings all the action to your computer screen via FLW Live, where fans can follow the weigh-in in real time.

In addition, bass-fishing enthusiasts and country music fans can take in a free concert featuring Tracy Byrd at 4 p.m. at the Summit Arena at the Hot Spring Convention Center. At 5 p.m., one lucky audience member will win a Ranger Boat via a free drawing.