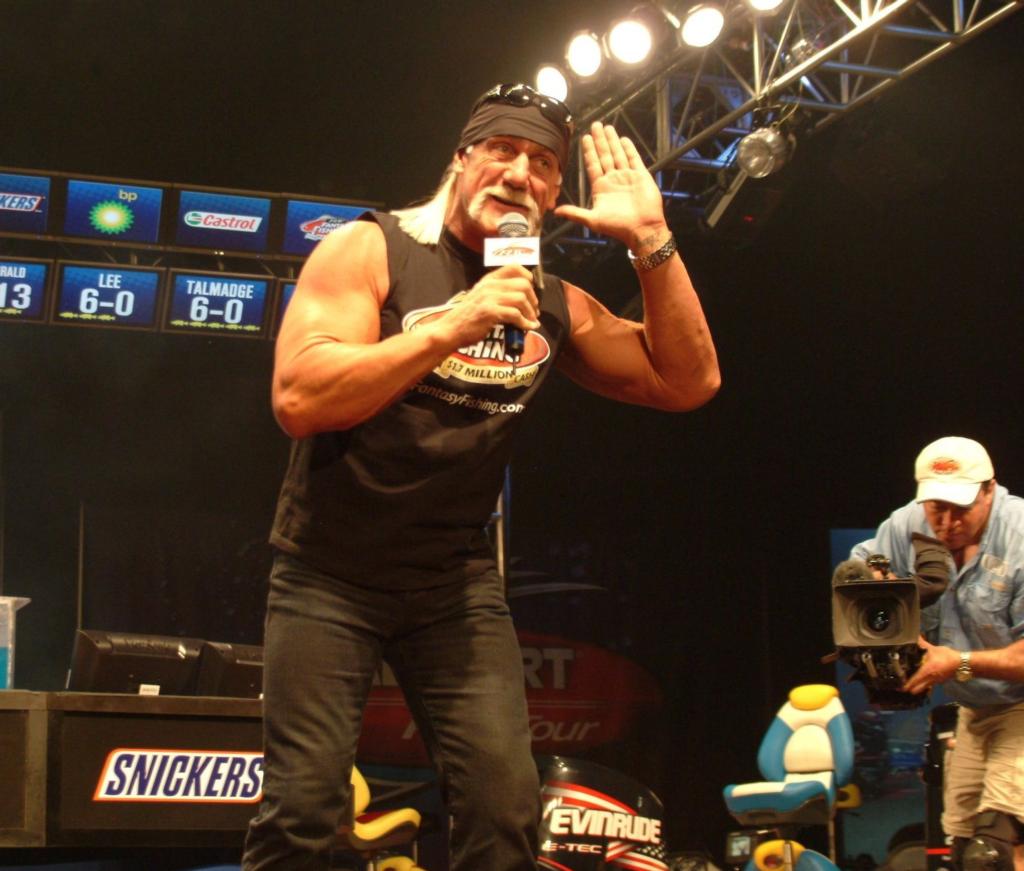 Hulk in the house … After Bryan Talmadge took first place and $20,000 in the Co-angler Division, Hulk Hogan, one of the most charismatic icons of popular culture and co-host of the new, wildly popular NBC-TV show, “American Gladiators,” made an energetic entrance to the main stage at Silver Spurs Arena. Hogan told fans in attendance all about FLW Fantasy Fishing and described it as the “richest fantasy sports game in the world.” For fans who missed him, Hogan will be at the Family Fun Zone and arena again Sunday.

Hadden throws heat … Rookie pro Randy Hadden of Jacksonville, Fla., may be fishing in his first Wal-Mart FLW Tour event, but he’s no stranger to competing at the highest level. After playing collegiate baseball at the University of South Carolina, Hadden was taken in the 14th round (434th 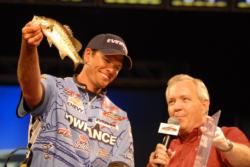 overall) of the 1999 draft by the Los Angeles Dodgers. Before suffering a torn rotator cuff in 2004, Hadden was a right-handed starting pitcher who threw a devastating two-seam fastball that would routinely clock out at 92-94 mph. Although he participated in spring training with the Dodgers, Hadden never quite made it to the Major Leagues. The furthest he got was Triple-A, which is quite an accomplishment in its own right. Interestingly, Hadden said pitching and fishing professionally are very similar in nature. “When you’re a pitcher, you’re the main guy in focus. You either succeed or you don’t, just like being in front of the boat.”

Morehead nears $1 million … Paducah, Ky., pro Dan Morehead is on the verge of becoming the latest member of the $1 million career earnings club with FLW Outdoors. Morehead entered the FLW Tour season opener with $939,798 to his credit. At the end of day three, he sits in second place with 13-5. If he finishes second, he’ll be in line for a $50,000 payday. If he wins, a daunting task with Brett Hite owning a 12-pound lead, he will officially surpass the $1 million mark. “It is a big deal,” he said. “To be honest, it’s been a bit of a sore spot. It’s an elite club and I’ll be proud to be a member when I get there.” Morehead was admittedly disappointed when he didn’t prequalify for the 2008 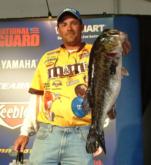 Forrest Wood Cup through the East-West Fish-Off. But he’s moved past it and is well on his way towards qualifying through the FLW Tour. “I checked my calendar; I do have that time off in August.”

Fisher finally back … Although he had an excellent season in 2007 on the BP Eastern Division of the Wal-Mart FLW Series, (including two top-10 finishes) it has been awhile since M&M’s pro Pat Fisher has made an FLW Tour top 10. To be exact, his last top-10 finish was in 2003 at Lake Okeechobee. At that tournament, Fisher took home the winner’s check of $100,000. Now on Lake Toho, Fisher is eighth with one day of competition remaining.

6: Weight, in pounds of both Talmadge and Todd Lee’s day-three stringers. Talmadge won the 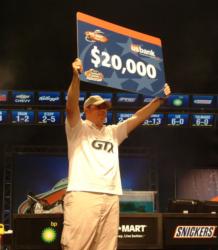 tiebreaker because he had the heaviest opening-round weight.

39: Number of top-10 finishes for Andy Morgan in his FLW Outdoors career – a company record.

3: Number of times co-angler Sean Stepp has been paired with Morgan.

2: Number of times David Givens has fished an FLW Outdoors event as a co-angler. In both events, Givens has made the top 10. On Lake Toho this week he took fifth. He won his other co-angler event – a BFL on Lake Okeechobee.

25-2: Weight, in pounds and ounces, of the heaviest stringer from day three caught by Hite.

“You better catch something fool, I’m going after you,” – Morgan, reminding Morehead that second place is far from safe. 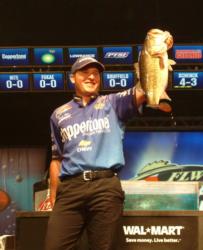 “We’re going to have an Alabama champion either way,” – FLW Outdoors CEO Charlie Evans, after only Lee and Talmadge were left.

“I caught that last one with a helicopter flying over me with about five minutes left to go,” – Talmadge.

The final takeoff is scheduled to take place at 7 a.m. Eastern time from Kissimmee Lakefront Park located at 101 Lake Shore Blvd. in Kissimmee.