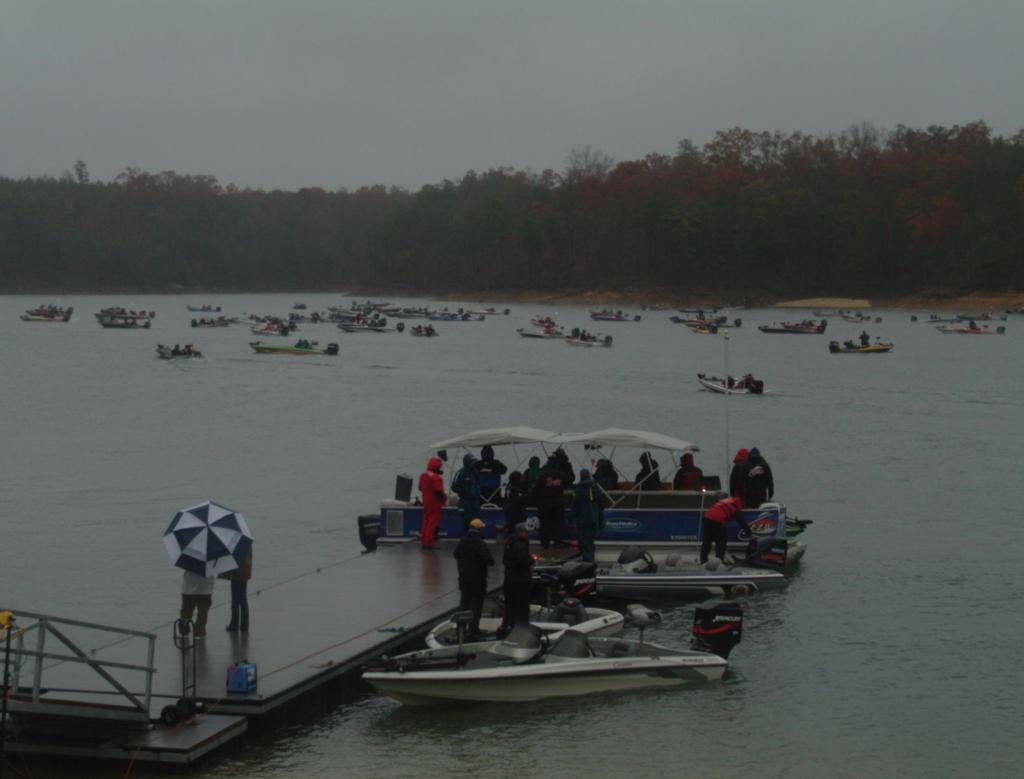 FLW Series anglers will experience a colder side of Jasper, Ala., on day two. Photo by Brett Carlson.
April 1, 2008 • Brett Carlson • Archives

Just ask any of the anglers who fished the second Wal-Mart FLW Series BP Eastern Division event on Wheeler Lake – springtime in Alabama has arrived. Throughout the tournament, dozens of pros were seen grinning from ear to ear as they waited in line to weigh their fish. Holding an 11-pound limit, they thought they were in contention for a top-10 finish. They were sorely mistaken.

Without question, the fishing on Wheeler exceeded everyone’s expectations. As the tournament unfolded, classic springtime patterns emerged as the bass gorged themselves before the spawn. National Guard pro Ramie Colson Jr. walked away with the $125,000 first-place purse with a four-day total weight of 59 pounds, 2 ounces. Although the fishing forecast is improving, it’s a safe bet that no one will catch 60 pounds over four days on Lewis Smith Lake.

Although Wheeler is close to Lewis Smith Lake in terms of distance, the two fisheries are quite different. Wheeler is a Tennessee River impoundment and is know for largemouths and smallmouths. Lewis Smith Lake is much smaller, deeper and clearer than Wheeler. Although it too has a healthy population of largemouths, it is most known for its spotted bass population. In fact, the Alabama record spot was caught on Smith March 18, 1978. That fish weighed 8 pounds, 15 ounces.

Lewis Smith Lake, commonly called Smith Lake for short, is one of the most beautiful man-made lakes in the Southeast. With over 21,000 surface acres, it lays nestled between Cullman, Winston and Walker Counties in north-central Alabama. Smith Lake provides hydroelectric generation and supplies the 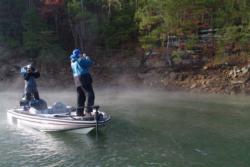 Birmingham area with drinking water. Located between Huntsville and Birmingham, Smith is a prime recreation lake for anglers and sportsmen from all over north and central Alabama. In addition to largemouths and spots, Smith offers a healthy population of bream, crappie and striped bass.

The FLW Tour has never visited Smith before, but the FLW Series made a stop in November of 2006. At that event, Magnolia, Texas, pro Sean Hoernke scratched and clawed his way to a four-day total of 16 bass that weighed 37 pounds, 7 ounces. Despite not catching a five-bass limit in two of the four competition days, Hoernke was able to take home the $100,000 first-place purse.

Because the FLW Series event took place in late fall, the best comparison for the upcoming FLW Tour stop is probably the April 2005 Bassmasters Elite 50 event. At that tournament, pro Mark Davis won with a final-round total (two days) of 24 pounds, 14 ounces. The previous year Charlie Weyer needed only 33 pounds over four days to claim victory.

What the anglers are saying

Snickers pro Greg Pugh lives in nearby Cullman, Ala., and has a considerable home-lake advantage. If the fish remain in the prespawn stage, he knows how to catch them deep. In fact, he’s probably dropped several piles of brush in preparation for this event. But Pugh is also known as a highly-skilled sight-fisherman. So even if the fish flock to the bank he won’t fret over losing his local knowledge.

“There are going to be some bedding fish caught,” he said. “There’s not a lot up now, but a few are moving up each day. A lot more would come up if we got a real sunny day.”

Although spotted bass typically spawn before largemouths, Pugh says he has seen a mixture of both. Somewhat strangely, Pugh says the females spots that aren’t spawning have moved back deep. 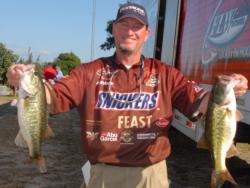 “On the last day before the off-limits period I caught 21 keepers between 2 1/2 and 5 pounds. I caught those fish in about 12 feet of water cranking and spinnerbaiting. But now, the bigger ones have moved back to the deeper stuff. The females are in 20-25 feet of water. I had a guy who is staying with me catch a 5-pound spot in 50-feet of water.”

Lately, Pugh has had the most success hopping a jig over brush. The 2007 Stren Series Seminole champion described the fish as lethargic and said he’s almost “stroking” the jig to entice reaction bites.

Last week at the Wal-Mart Children’s Miracle Network event, 18 pounds won the 150-boat tournament and 14 pounds was good enough for fourth place. Pugh predicts 23-25 pounds will be needed to make the top-10 cutoff for this $1 million qualifier.

“Those guys are the best fishermen on the lake and it only took 14 pounds for fourth place. I think you’ll need a mixed bag of spots and largemouths to make the cut. Other than the spawn, the wildcard is rain. If we get a heavy dousing the run-ins could be a factor. There’s going to be fish caught every which way.”

Bryan Thrift may not possess the local knowledge that Pugh has, but his talents are unquestioned. In his career, the Shelby, N.C., pro has fished eight FLW Tour events. In half those tournaments, he has made the top-10 cutoff.

Thrift said his practice thus far has been spotty. He’s catching fish, but he hasn’t been able to establish a clear pattern. Plus, a lot of the fish he’s catching are 12-14 inches. Those won’t help as there is a 15-inch minimum length limit imposed for the tournament.

“It hasn’t been a real good practice,” said the 2007 Duracell Rookie of the Year. “Don’t get me wrong, 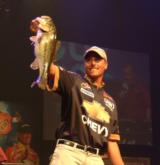 this lake is full of fish, but I’ve been catching a few doing a little bit of everything.”

“I’ve caught them on everything from a topwater to a shaky head in 30 feet of water. But right now, I’m worried. I just haven’t found that right bait or pattern to consistently catch good keepers.”

The second-year pro hasn’t seen many fish spawning, but he knows the possibility exists. In fact, he plans to spend nearly his entire fourth and final practice day looking for bedding bass.

“I’ve seen a few cruising and I’ve seen one or two on beds. The water temperature is about 58-60 degrees right now. With the weather warming up, it could be like Fort Loudoun last year.”

“I think you will see good bags of largemouths on the first day, but they won’t keep up for four days.”