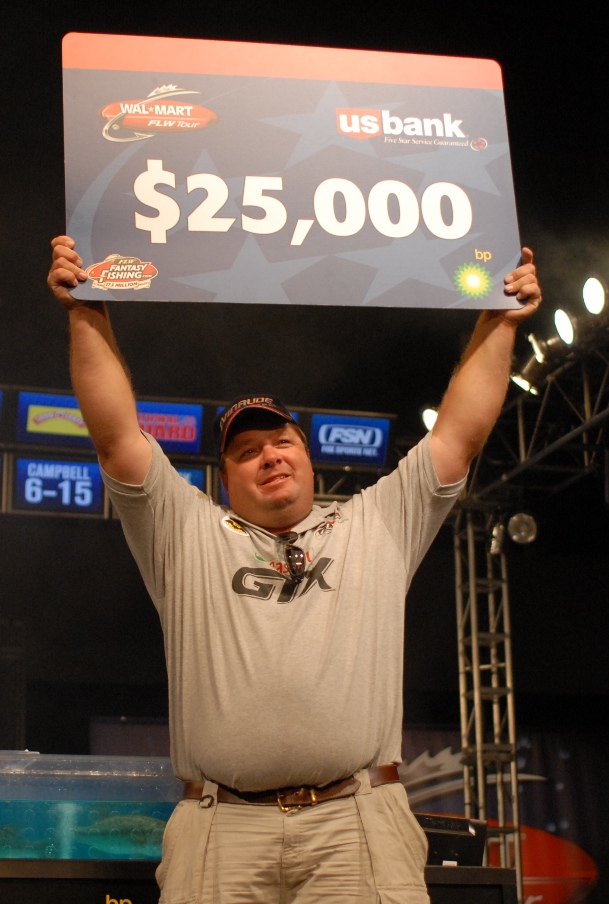 Isbell accepted his $25,000 win onstage with his family and was visibly emotional about his victory.

“I’ve been dreaming about this for a long time,” said Isbell, who is fishing his second year on the FLW Tour as a co-angler. “This is just awesome – I’ve been chasing it for 10 years.”

position on day three. That paired him with pro Jerry Green today.

“Jerry has an awesome spot out there on the river – it’s a rock pile, and we stayed on it all day,” Isbell said. “I caught my three fish on a drop-shot with a Jackall Cross-tail Shad and a 3/32-ounce Flickshake.”

Isbell, who owns a plumbing company in Alabama, says his $25,000 winner’s check will go in his “fishing account,” possibly to help pay for entry fees on the pro side of the FLW Tour next year.

“I’m seriously going to consider the pro side this fall,” Isbell said. “I really like the 2009 schedule for the FLW Tour – it’s pretty strong.”

Blaylock back near top

Berkley co-angler Stetson Blaylock of Benton, Ark., came just 6 ounces shy of winning what would have been his second FLW Tour event in a row and fourth major FLW event in less than 12 months.

Instead, he was runner-up with five bass weighing 9 pounds, 4 ounces and collected $10,000.

“I never had any good bites, and I kind of knew that might haunt me,” he said. “In order to win, you’ve got to have a quality bite or two – that’s the way it should be. But a first and second in the last two tournaments is not too bad.” 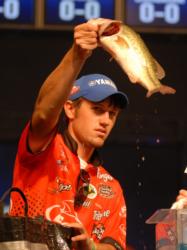 Dirk Davenport of Delaware, Ohio, rounded out the top five with two bass weighing 3-15 for $7,000.

Rounding out the top 10 co-anglers in the Wal-Mart FLW Tour event on Fort Loudoun-Tellico: