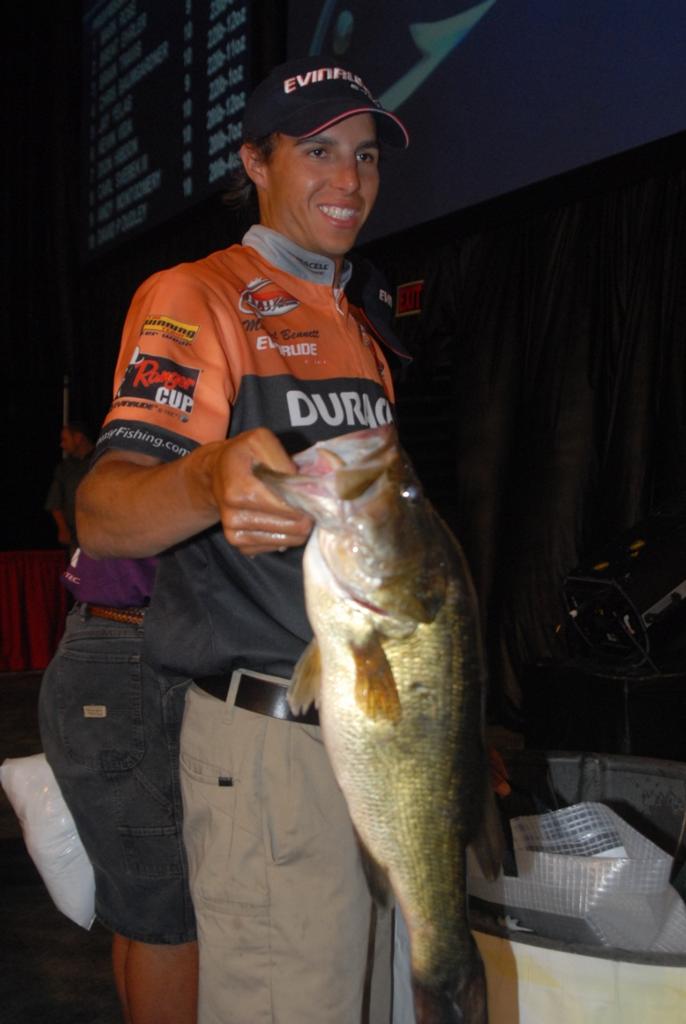 All afternoon the words “junk-fishing” have been the primary vernacular to describe the type of fishing that seems to be allowing pros to climb to the top of the leader board.

Essentially, junk-fishing is not so much of a pattern as it is a lack of a pattern. It’s almost as if the idea is to avoid attaching too much significance to any fish caught during the day because doing so might just lead an angler astray.

The terms “covering new water” and “keeping an open mind” have been uttered a lot as well.

Bennett sacked up 15 pounds, 5 ounces today to add to his 11 pounds, 15 ounces yesterday to lead with a two-day total of 27 pounds, 4 ounces.

And as you might have already guessed, Bennett is referring to his fishing as junk-fishing.

“I started the day by fishing some of the stuff I fished yesterday and it didn’t work out so at about 9 o’clock I gave up everything I was doing and just completely started over,” Bennett said. “I hit one little stretch, put three decent fish in the boat and finished out a limit by noon. From there I just drove around the lake looking for new stuff to fish.”

The only common denominator Bennett can seem to find is not to stay in an area too long after he has caught fish there. Common logic would dictate staying in areas where fish have been caught, but not for Bennett.

“Every time I catch a fish or two off a spot, it’s done,” Bennett continued. “I’m slowly learning that there is no reason to return to places where I have caught fish. I can find consistency in fishing new water, so that’s what I’m going to continue to do.

“The patterns seem to change every day and the only way I can adapt to that is to fish each hour with an open mind, even if that means completely starting over every couple of hours.” 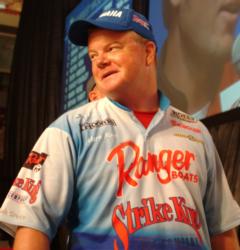 returned to his honey hole today and struggled just to get two bites.

He eventually ended the day with four bass weighing 6 pounds, 4 ounces which gives him a two-day total of 26 pounds, 6 ounces for second place.

“I went to the spot that produced the big bass yesterday, fished for two hours and only caught two keepers,” Rose said. “From there I ran way up the river and caught two more.”

Rose, too, is on a junk-fishing war path, fishing anything that gets in his way.

“I’m going to return to my best spot tomorrow and camp,” he added. “I know there are some big fish in there and all I want is just three bites from that place.”

As for why he likes the area, Rose noted that it features deeper bank grass than he has found in other parts of the lake. 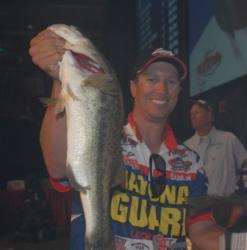 Ehrler is a previous Forrest Wood Cup winner and he seems to only get calmer and more focused with each passing minute of mounting pressure.

And here’s the shocker: Ehrler is – you guessed it – junk fishing.

“I caught 7 or 8 keepers today,” Ehrler said. “I’m fishing both shallow and deep, but the better fish seem to be coming shallow. I’ve had a 4-pounder each day, which is why I’m in the top 10.”

“I’m probably hitting about 10 to 30 spots per day,” he continued. “Some of the stretches I’ve caught fish off of before; others are just random new places I’m not familiar with.

“I came here in pre-practice, fished four days of practice and I still have nothing solid to key in on. I honestly have no idea when or where my next bite is going to happen.” 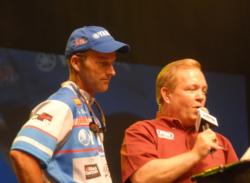 Instead of calling it junk-fishing, Bolton refers to his fishing as “still practicing.”

“I fished deep for 90 percent of practice and it was terrible,” Bolton explained. “So when the tournament started yesterday, I just went shallow and treated it like another day of practice. And the way I look at it, I’m still practicing – just fishing whatever looks good.”

Bolton did reveal that he spent most of day two with a topwater in his hand.

“I’m burning a lot of gas and covering a lot of water,” he continued. “So far the only key for me has been to fish new water. Now that I’ve caught a few fish off some spots, those little gremlins in my head are starting to tell me to go back to those places. But I’m not so sure that I would not be better off to keep fishing all new stuff because that’s been the best.”

Travis has fished Murray before, but noted that his experience on Lakes Norman and Wylie near his home is coming into play now.

“There’s not much consistency to what I’m doing,” Travis said. “It’s like the patterns change drastically from day to day. I could not catch a fish the way I caught them yesterday so I changed up to a topwater and just went fishing.”

“I did key in on a special kind of grass today,” remarked. “It’s that same kind of bank grass that’s all over the lake, but what I’m looking for has to do with where the grass is positioned along a bank. The only problem is I have only found that unique combination in a couple of very select areas so duplicating it is tough.”

“But who knows?” Travis added. “The way this lake is fishing, I’ll be doing something completely different tomorrow.”

Rounding out the top-10 pros in the Forrest Wood Cup on Lake Murray after day two:

Day three of the Forrest Wood Cup on Lake Murray will begin Saturday at 7 a.m. from Lake Murray Marina and Yacht Club located at 1600 Marina Road in Irmo, S.C.