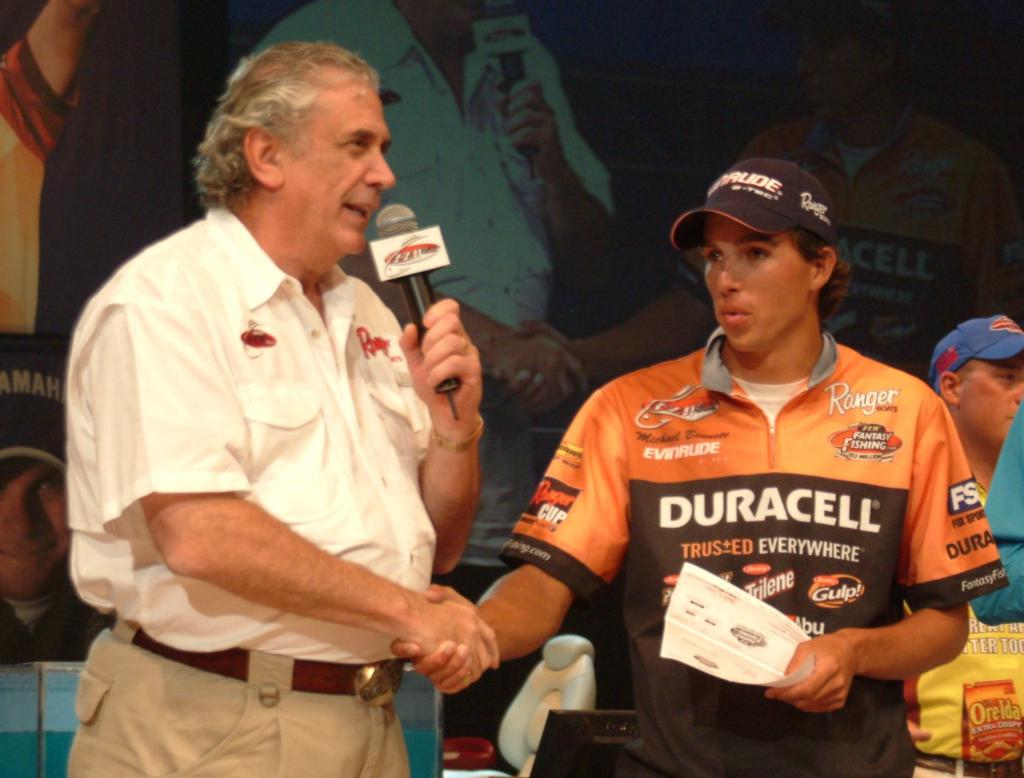 More excitement to come … Now that we know who won the $1 million on Lake Murray, the bass-fishing industry will turn its attention toward Aug. 21. At noon EDT, FLW Fantasy Fishing will unveil its first $1 million champion at the Colonial Center in Columbia with the top 15 overall points leaders in attendance. The winner will be the player who has accumulated the most points over seven tournaments. In addition to the $1 million champion, the top 15 finalists will walk away with prizes such as a new Chevy Silverado (a $40,000 value), a $25,000 Wal-Mart gift card, a $20,000 BP gas card and a Ranger Z19 bass fishing boat (a $52,000 value). Also, the individual fantasy winner from the Forrest Wood Cup will receive a check for $100,000.

Girlfriend picks Bennett second … Michael Bennett, 24, may have won the $1 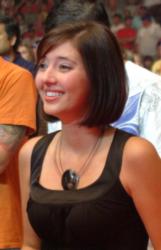 million on the water, but his girlfriend, Emily Norwood, is in contention for an equal amount in FLW Fantasy Fishing. After picking solid teams at each of the first six qualifiers, Norwood chose two anglers in the top 10 at the championship: one being her boyfriend, of course, and the other being Jay Yelas. Ironically, Norwood’s downfall may have been picking her boyfriend to finish second. “I begged and begged him to let me pick him first but he wouldn’t let me,” she said. “I don’t know if he was superstitious or what. He said we didn’t need $2 million; we’re not that greedy.” Will Norwood win a prize? We’ll find out on Thursday, Aug. 21.

Frogs become go-to bait … At the start of the week, FLWOutdoors.com posted a poll asking visitors what would be the winning bait at the Forrest Wood Cup. The winner with 26 percent of the vote was football-head jig. Most fishing fans were likely thinking the tournament would be won deep in brush piles. Instead, the relatively cool, cloudy weather greatly aided a topwater frog bite. In fact, Bennett, third-place pro Terry Bolton, fourth-place pro Chris Baumgardner and seventh-place pro Brent Ehrler all threw different variations of a frog this week on Lake Murray.

Rose takes the high road … When pro Mark Rose reached his primary area Saturday morning, there was a local angler waiting for him as he approached his best spot in the Crystal Lake arm of the 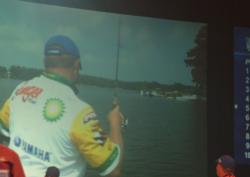 reservoir. Rose first assumed he was a spectator, but quickly realized he was intent on putting fish in the boat. While local anglers have every right to fish public waters, a little courtesy goes a long way, especially when a million dollars is at stake. Apparently the man was intent on engaging in a pseudo one-on-one tournament with the Marion, Ark., pro. Although he was shaken up, Rose took the high road. Instead of confronting the man, he put his head down and did what he does best – focus on fishing. “If you don’t stay positive in a situation like that, you’ll lose three or four hours of valuable fishing time,” Rose said. “Basically, I decided I wouldn’t let him ruin my tournament.”

Major changes for 2009 … On Aug. 13, FLW Outdoors announced major changes for both the FLW Tour and the FLW Series. With all the excitement surrounding the Forrest Wood Cup, those messages were somewhat buried, but their significance cannot be understated. The most prominent among them is that fields will be scaled back to 150 boats in 2009. In addition, FLW Tour events will no longer be open to pros entering just one tournament. Pros must commit to fish all six FLW Tour qualifiers. Lastly, the FLW Series Fish-off will be dropped in 2009 and the top 20 pros and 20 co-anglers from each of the two FLW Series divisions will advance directly to the 2010 Forrest Wood Cup. While the no-jackpotting rule is great news for tour-level pros, it’s also big for fantasy fishing players. The same 150 anglers will be fishing each qualifier, so players won’t have to fret over which locals did or did not receive entry into a specific tournament. 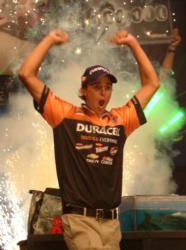 4: Number of five-bass limits weighed by the top 10 pros Sunday.

27: Percentage of FLW Fantasy Fishing players who had Bennett on their roster.

31: Percentage of Player’s Advantage members who had Bennett on their roster.

24-15: Two-day total weight, in pounds and ounces, for the pro winner.

“If you lose it, give me a call.” – FLW Outdoors Chairman Irwin Jacobs on the $1 million check.

“I hate to flatter us, but I think we pretty much caught them all.” – Sixth-place pro Dion Hibdon, who shared water this week with Yelas and second-place pro Dave Lefebre. 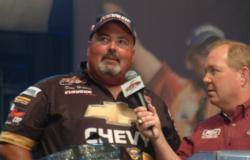 “The money is great, but the title of Forrest Wood Cup champion goes down in the history books.” – Bennett.

“I’ve seen bigger fish than this on a pizza.” – Yelas, on his lone keeper Sunday.

“In practice one day, I saw probably 50 fish in one pack between 3 and 7 pounds,” – Berkley pro Kevin Vida, who sight-fished much of the tournament.

“If I can hang with the top 77 here, I think I can compete next year.” – TBF National Championship winner Brian Travis, on fishing the FLW Tour in 2009.

“Coming that close, I want it even more next year.” – Ehrler, on losing to David Dudley by a single point in the Land O’Lakes Angler of the Year race.