Stone cold at the ‘Rock’ 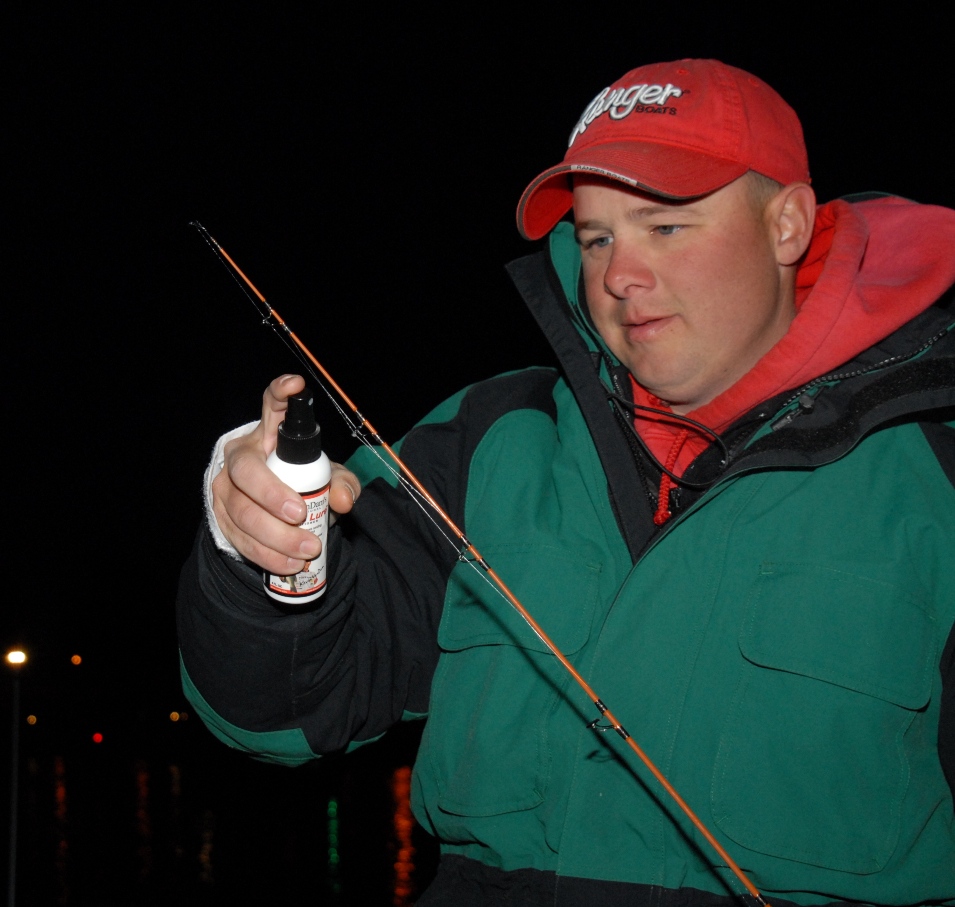 BRANSON, Mo. – Table Rock Lake will redefine the meaning of cold for Walmart FLW Tour anglers over the next four days at stop No. 2 of the 2009 season.

That’s not to say that the FLW Tour has never fished in frigid weather before. There have been plenty of subfreezing takeoffs in the Tour’s history, including a snow-filled tournament day back in 1999 on Lake Murray in South Carolina.

But for the most part – especially over the last few years – the FLW Tour has managed to dodge the real brutal stuff that freezes up rod lockers and rod guides all day long.

Well, the warm and fuzzies are over. On Thursday morning FLW Tour anglers were getting acquainted with the real meaning of cold with takeoff temperatures hovering just below 30 degrees, which would be fine if the daytime temperatures were going to be in the 50s – but they are not. The rawest part of this deal is the predicted high for the day of only 34 degrees with a wind chill in the low 20s all day.

Oh, and did I mention snow? Yep, how about a 50-percent chance of frosted flakes today? And not the kind Kellogg’s makes, either.

In short, if polar bears could watch the Weather Channel, they might consider Branson, Mo., a good place to vacation this week.

But perhaps the craziest part of this icy scenario is that predictions for tournament catches have gone way up since the latest weather forecasts began pointing to snow and ice.

Most Ozark-based pros agree that this kind of weather only turns all three species of bass into mean, lure-eating machines.

“This kind of weather affects the fishermen way more than the fish,” said Arkansas pro Scott

in Suggs. “These fish are used to this cold water – they are smallmouth, spots and northern-strain largemouth – the lake could ice over, and it wouldn’t faze them. But mentally and physically, it will take a toll on the fishermen.”

“As anglers, it just slows the whole fishing process down,” Kindy said. “Everything freezes up. Your line, rod guides, reels – all freeze up. But as for the fish, they love it. This kind of weather actually makes them bite better. Snow, sleet, subfreezing wind chills, these fish are saying `bring it on.’ I don’t know why, but historically in the Ozarks, tournaments held in this kind of weather always produce big bags.”

As Ozark regulars, Suggs and Kindy are used to fishing in this kind of weather. At takeoff this morning they were spraying their rods down with silicone to prevent ice from building up on their rod guides.

“Aww, we’re used to this,” said Suggs. “What those guys from Florida don’t understand is that we fish this stuff all the time. While they’re down there complaining about 50s, we’re fishing in the 20s. It’s just part of life up here.”

Speaking of Floridians, Mike Surman of the Sunshine State totally admits to being a fish out of frigid water this week.

“This is ridiculous,” laughed Surman, who has the reputation of keeping his heavy Gore-Tex rain suit on, even when it’s 75 degrees. “My kids are at home on spring break; they’re at the beach enjoying 80-degree temperatures, and I’m here wrapped up in an Eskimo suit. I’m so desperate I had to borrow flannel long johns from my roommate, Clark Wendlandt. He was howling with laughter last night as I was trying on his flannels – they only came up to my knees. It’s been pretty comical.”

As for how the pros are going to catch fish in this arctic blast, the predicted predominant patterns for the event are evenly split between the famed Ozark Wiggle Wart bite and the suspending jerkbait bite.

Truth is, both lures are likely to catch their fair share of spotted, smallmouth and largemouth bass this week, and given the conditions, it will be interesting to see if one technique dominates the other.

Ozark ace Brennan Bosley expects nothing but good things to come from the weather.

“One thing that’s fun about this time of year is that all of the three species of bass are mixed together – it has not been warm enough to segregate them out – so you never know what you’re going to catch,” Bosley said. “In practice I caught all three species on the same stretch of bank. This cold weather just drives them wild. And if it snows like they’re saying – watch out. For some reason snow really makes the big largemouth bite on these lakes; we could see some really big bags of bass this afternoon.”

Saturday and Sunday’s weigh-ins will be held at the Branson Convention Center located at 200 E. Main St. in Branson, beginning at 4 p.m.

In conjunction with the weigh-ins Saturday and Sunday, FLW Outdoors will host a free Family Fun Zone and outdoor show at the Branson Convention Center each day at noon.

The Family Fun Zone offers fans a chance to meet their FLW Fantasy Fishing team anglers face to face and review the latest products from Berkley, Lowrance, Ranger, Evinrude, Yamaha and other sponsors while children are treated to giveaways, fishing-themed games and rides like the Ranger boat simulator.

Children 14 and under visiting the Family Fun Zone on Sunday will receive a free rod-and-reel combo, courtesy of US 97 FM while supplies last. One lucky member of the audience will even win a new Ranger boat, courtesy of the Springfield News-Leader, that will be given away during the final 4 p.m. weigh-in Sunday, March 15. Admission is free, and you must be present to win.

On Saturday, March 14, musical group and local favorite DoGtag will perform between the TBF

Championship weigh-in and the FLW Tour weigh-in at the Branson Convention Center.

Legendary artist Moe Bandy will perform prior to the weigh-in on Sunday, starting at approximately 3:15 p.m.