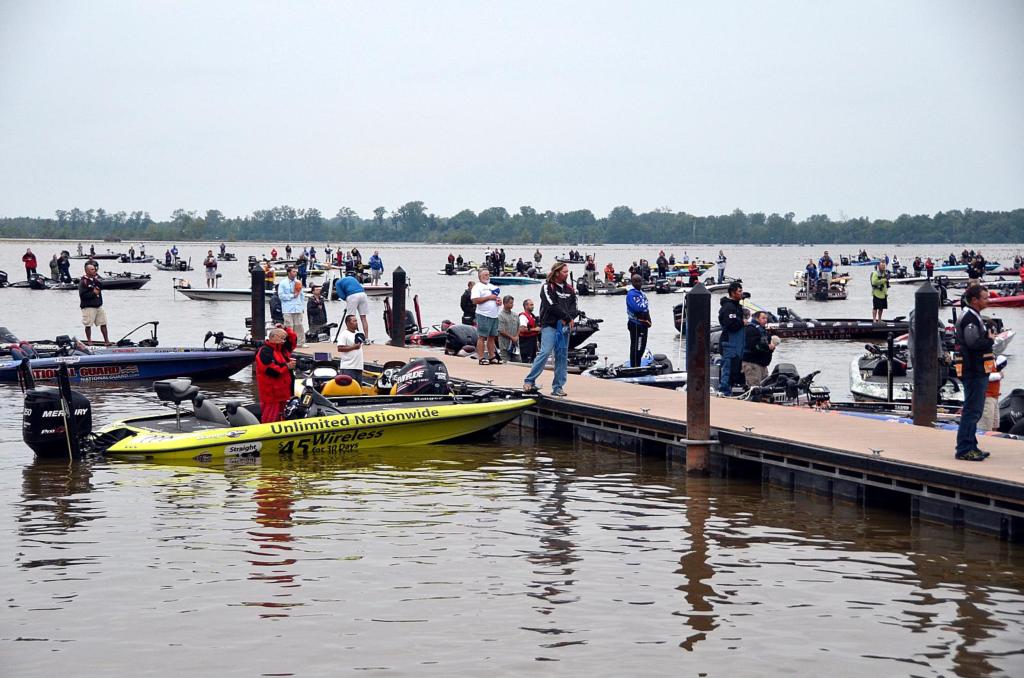 SHREVEPORT, La. – The FLW Tour was set to kick off its 2010 season on the Red River in northwestern Louisiana, but the tournament was canceled just days before the early February start date due to safety concerns about rising, cold water. But that was then, and this is now: The Walmart FLW Tour is officially rolling on the Red River in 2011 as of daybreak Thursday, when the full field of 140 boats began leaving the marina for day one of competition.

Despite significant flooding in other parts of the state surrounding the swollen Mississippi River, notably in the Atchafalaya River basin (another FLW Tour tourney location in 2003), the Red is actually receding after reaching a high point about a week and a half ago that was still several feet below flood stage. After another FLW Tour Major event was called off earlier this month due to high water – the Table Rock Lake tourney that has been rescheduled for Pickwick Lake in July – anglers seemed pleased Thursday morning to be back on schedule and competing on a fishery frequently visited by the Tour over the years.

But while the Red does not currently pose a flood threat, the effects of heavy spring rains and recent 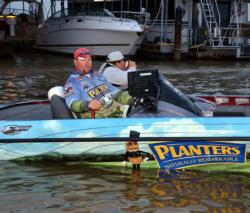 high water remain for bass anglers to navigate. Planters pro Jim Dillard of West Monroe, La., said a swift current will make fishing much of the main river channel impractical, so competitors will likely be concentrated in backwater areas.

“The dirty water that’s still in the backwaters is what’s going to affect (the tournament) the most,” he said, adding that rock jetties in the main channel would be a primary target under normal circumstances. “If (the water) was clearer, it would spread people out more.”

Instead, many of the 140 pros in this fifth tournament of the season (fourth Major event) are likely to target stumps, lay-downs and grass in shallow areas off the main channel. Dillard said typical river hardware like ChatterBait-style lures, spinnerbaits, jigs and frogs are likely to get a lot of use this week along with soft plastics that competitors will flip to the shallows. Due to the muddy condition of the river, bait colors will likely run dark.

“The wind is supposed to blow, so that’s not going to help it clear up,” Dillard said.

Another significant factor in this tournament will be location. Competitors begin the day in Pool 5 of the Red River, the uppermost pool, but have the option of passing through locks downstream to either Pool 4 or Pool 3. Dillard said the “water level is more stable” in the downstream pools – as opposed to Pool 5, which is about 3 1/2 feet higher than normal – but competitors will lose precious fishing time making the move. It can take about 30 minutes to pass through a lock; it’s about a 13-mile run to Pool 4 and approximately 40 miles from Red River South Marina to Pool 5; and you have to pass back through the lock(s) to return. 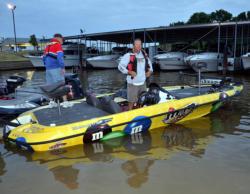 That means a run to the farthest eligible downstream water could leave an angler with less than four hours’ fishing time, but Dillard said he figures in the neighborhood of 10 boats will make the trek. He said under normal circumstances, about half the field would likely lock down to Pool 4, but he expects that percentage to be much higher this week.

“I may fish a place up here before the lock time … more than likely I’m going to go down to (Pool) 4 after that,” Dillard said, adding that he spent two days practicing in Pool 5 and one day in Pool 4 and that he has scouted out about seven fishing spots in each.

Regardless of quick current, muddy water or a series of river locks, there are plenty of largemouth bass to be caught on the Red River. Dillard said he thinks 14 pounds a day would position a pro well for the win and that about 10 to 11 pounds a day might be enough to make the top-20 cut after day two.

Hosted by the Shreveport-Bossier City Regional Sports Authority, this week’s Walmart FLW Tour Major, presented by OFF!, will feature many of the nation’s best bass anglers casting for top awards of up to $125,000 cash in the Pro Division and up to $25,000 cash in the Co-angler Division.

In FLW Tour competition, anglers are also vying for valuable points in hopes of qualifying for the 2011 Forrest Wood Cup presented by Walmart, the world championship of bass fishing. This year’s Cup will be in Hot Springs, Ark., Aug. 11-14 on Lake Ouachita where they could win as much as $600,000 – the sport’s biggest award. Anglers are also vying for the prestigious 2011 Walmart FLW Tour Angler of the Year title that will be determined by the most points accumulated over the six Tour Majors.

Fans will be treated to the FLW Outdoors Expo at the Shreveport Convention Center on Saturday and Sunday from noon to 4 p.m. prior to the final weigh-ins. The first 300 kids 14 and under on Sunday will receive a free rod and reel combo compliments of KTBS 3. Fans can also register to win a Can-Am ATV courtesy of Kiss Country 93.7 and 99X which will be given away following the final weigh-in. The Expo includes Ranger boat simulators, the opportunity to interact with professional anglers, enjoy interactive games, activities and giveaways provided by sponsors, and fans can learn more about the sport of fishing and other outdoor activities. All activities are free and open to the public. 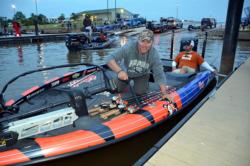 Get reports throughout the day on competitors’ progress via FLWOutdoors.com’s On The Water Updates brought to you by Chevy. For bass-fishing fans unable to attend the weigh-in festivities in person, you can catch all the action live at FLWOutdoors.com with FLW Live. Show time starts at 3 p.m. Central today.

Coverage of the Red River tournament will be broadcast in high-definition (HD) on VERSUS. “FLW Outdoors” will air June 26 from 1 to 2 p.m. ET. “FLW Outdoors,” hosted by Jason Harper, is broadcast to more than 500 million households worldwide.

Water temperature at the ramp: 70 degrees