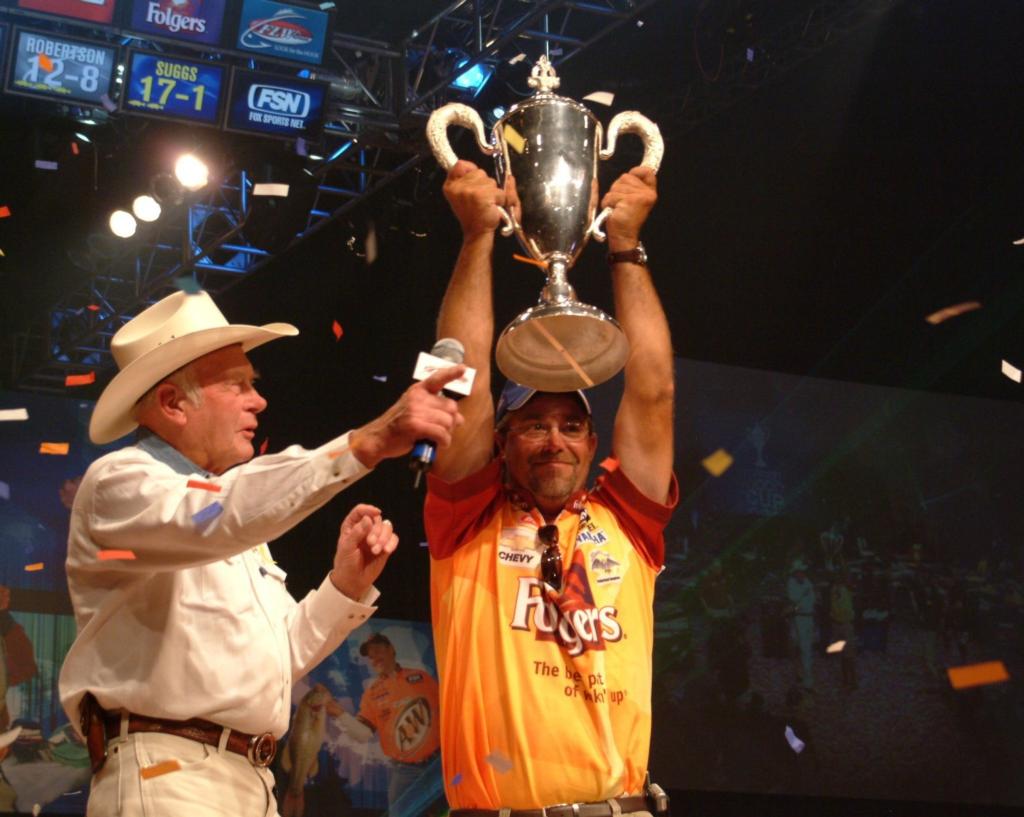 With the 2011 Forrest Wood Cup slated for Aug. 11-14 on Lake Ouachita in Hot Springs, Ark., the clock continues to tick toward the start of one of the most prestigious and exciting bass-fishing championships in the nation. In an effort to provide bass-fishing fans with a little more perspective and background on the competition, FLWOutdoors.com is launching a six-part series/overview of each of the 58 qualifying pros – one of whom will walk away with the title of Forrest Wood Cup champion.

With a guaranteed first-place prize of $500,000 on the line (as well as another $100,000 if the winning pro is Ranger Cup qualified), there is clearly plenty at stake at this year’s Cup. So without further ado, let’s meet the contenders.

(Editor’s note: Forrest Wood Cup competitors will be featured in alphabetical order. This is the fourth in a six-part series. Read Part I, Part II, Part III and Part IV.) 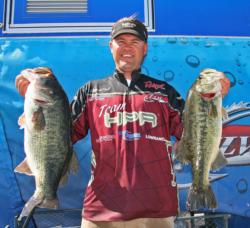 Clifford Pirch – After seven years on the FLW Tour, Clifford Pirch finally pinned down his first win in 2011 on Tennessee’s Lake Chickamauga. While it was the biggest payday of his career, the two-time U.S. Open champion qualified for the Forrest Wood Cup through the FLW Series Western Division. This will be Pirch’s fourth Forrest Wood Cup and the Arizona pro is primed to continue the trend of western success at the Super Bowl of bass fishing. 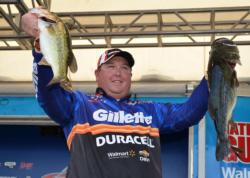 Jacob Powroznik – With nearly $660,000 in career earnings, Powroznik boasts 27 top-10 finishes at FLW Outdoors-related events. Powroznik, who qualified for this year’s Cup through the FLW Tour, has two victories to his credit – a 2003 EverStart Series win at Santee Cooper and a 2005 BFL title on the Potomac River. Powroznik, who has now qualified for the Forrest Wood Cup six times, five years consecutively, has also recorded four FLW Tour top-10 finishes. 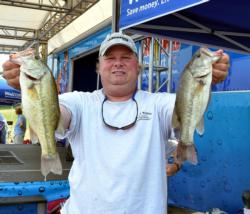 Mike Reynolds – Reynolds boasts 21 top-10 finishes at FLW Outdoors related events, over $175,000 in career prize money and two victories – a BFL win at the Cal Delta in 1996 and another BFL Cal-Delta first-place effort in 1999. Reynolds, who finished the 2011 FLW Tour season ranked 24th overall, will be making his second straight cup appearance. 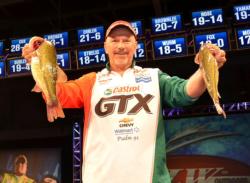 Darrel Robertson – Castrol team pro Darrel Robertson heads into the 2011 Forrest Wood Cup with over $1.7 million in career earnings at FLW Outdoors-related events. Out of his 22 top-10 finishes, 13 have come during FLW Tour events which is tied for eighth-place overall on the all-time list. Robertson has two victories to his credit, both of which occurred in 1999 – an FLW Tour Championship win at Fort Gibson Lake and the Ranger M1 Millennium event in Cypress Gardens, Fla. The win at the Millennium event netted Robertson $600,000, which at the time was the highest first-place prize money ever awarded during a bass-fishing contest. Robertson, who has three top-five Forrest Wood Cup finishes to his credit, will be making his seventh Cup appearance overall. 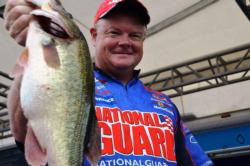 Mark Rose – One of the best offshore fishermen in the sport, Rose is fresh off a wire-to-wire victory on Pickwick Lake. While Pickwick marked Rose’s first FLW Tour win, he’s notched two FLW Series wins and an EverStart Series Championship victory. While the Marion, Ark., native finished third in the FLW Tour Angler of the Year race, he qualified for the 2011 Forrest Wood Cup through the 2010 FLW Series Eastern Division. 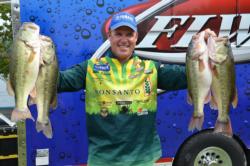 Shad Schenck – In addition to having one of the all-time greatest names in the sport of bass fishing, Schenck also boasts over $416,000 in career earnings. With eight top-10 finishes, including six on the FLW Tour alone, Schenck managed to qualify for this year’s Forrest Wood Cup through the FLW Tour. Schenck will be making his six Forrest Wood Cup appearance, with his best showing – a fifth-place effort – coming in 2003. 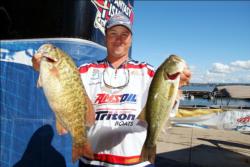 Darrin Schwenkbeck – Schwenkbeck climbed his way to a Cup berth in the 2010 FLW Series Eastern circuit, where he finished the season with a top-10 ranking. He nearly qualified via the EverStart Series Northern Division, where he ended the season the No. 2 seed – just ounces away from a points title. The Varysburg, N.Y., pro – who has over $25,000 and two top-10 finishes in his FLW career – will make his first Cup appearance this year.

Ron Shuffield – With five top-10 finishes and over $388,000 in career earnings at FLW Outdoors-related events, EverStart team pro Ron Shuffield represents one of the bigger names in the sport and should be a real force to be reckoned with at Lake Ouachita. Shuffield, who qualified for the Cup through the FLW Tour, will be making his fifth-straight championship appearance. Also of note, out of Shuffield’s five top-10 appearances, all five came against the highest levels of competition on the FLW Tour. Shuffield has fished with FLW Outdoors since 2005. 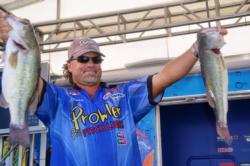 Kevin Snider – Snider qualified for this year’s Cup by winning the 2010 EverStart Series Southeast Division point championship. Since he began his FLW Outdoors career in 2004, Snider has racked up 16 top-10 finishes (including his first and only FLW Tour top-10 finish on Kentucky Lake in 2011) and over $274,000 in winnings. Snider will be making his second Cup appearance this season. 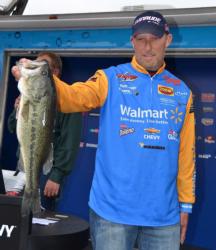 Wesley Strader – Walmart team pro Wesley Strader boasts an astounding 29 top-10 finishes and over $944,000 in career earnings at FLW Outdoors-related events. Out of those 29 appearances, Strader has produced six top-10 finishes at FLW Tour events. Strader has also posted three victories since the start of his career in 1995 – 1997 and 2009 victories on Watts Bar Lake and a 2002 FLW Tour win at Lake Ouachita (the site of this year’s Cup). Strader qualified for this year’s Cup through the FLW Tour. The Tennessee native also will be making his 10th Forrest Wood Cup appearance.