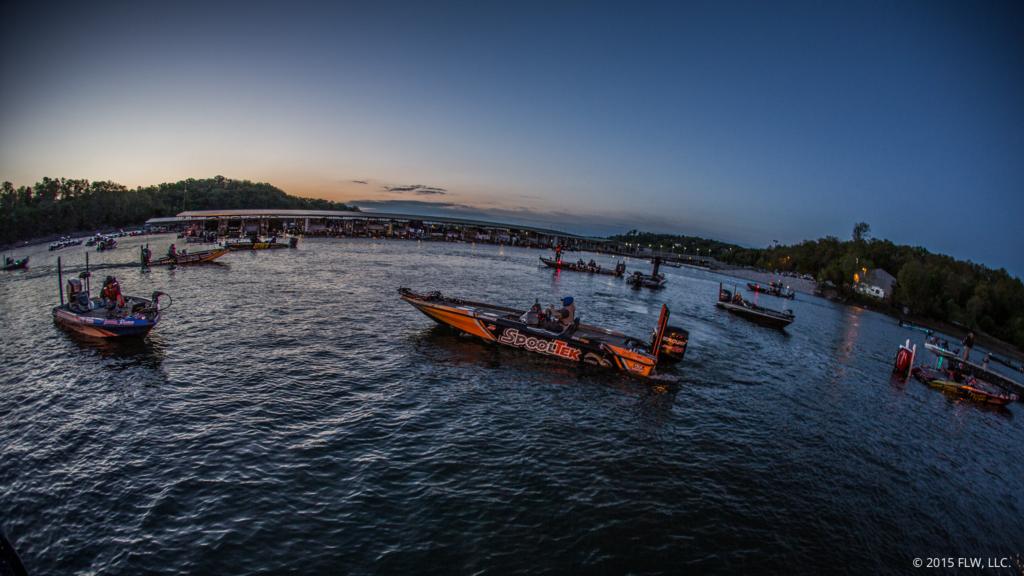 Though Beaver Lake is an annual stop for the Walmart FLW Tour, that doesn’t mean it is an easy lake to decipher. This year’s event, which is presented by Rayovac, is later into the spring than usual and is causing some major head scratching among the 154 pros in the field.

There’s no doubt that some fish can be found on beds, however, they are mostly small. The consensus is that a lot of fish are stuck in limbo between the spawn and prespawn phases on this White River impoundment.

“It’s been tough,” says Robbie Dodson, an accomplished pro in the Ozarks. “To me it seems like a lot of fish haven’t spawned. I think there are still a lot of fish waiting to pull up.

“I don’t really think that sight-fishing will be the biggest factor this week,” continues Dodson. “All I know is that whoever unlocks the bite this week could catch them as good as ever. There are a lot of quality fish out there, but it will be a matter of stumbling on the right pattern.”

Dodson believes that the ingredients are present for a great tournament, especially if someone can dial in the chunky smallmouths that inhabit the lower end of the lake.

Weather will also be a factor this week, considering the bite on the clear lower end of Beaver is strongly dictated by wind. The weather throughout practice has been less than conducive for finding bedding bass but perfect for finding big prespawn fish.

Still, the main problem is locating the right caliber of bass to carry an angler throughout the course of competition.

“Catching keepers isn’t hard on Beaver Lake, but finding the right size is the issue,” echoes Stetson Blaylock. “This is probably the toughest practice I’ve had on Beaver Lake.

“You can find beds everywhere, but they are all small fish,” he adds. “You just don’t see any big ones up cruising. And the ones that are on the bed are really spooky. I don’t know if it is from all the pressure or what, but I tried to catch a few of the better ones I saw and it was tough.”

Generally, the upper end of the White River doesn’t play as big of a role as the lower end, but because of its usual stain it harbors some of the lake's bigger largemouths. However, the river is clearer than in recent years, which might push much of the field lower in the lake.

As usual at Beaver Lake, the ability to adapt to changing conditions will be key this week. Whether it’s catching bedding fish one day and targeting prespawn fish the next, a mix of techniques and patterns will be necessary to survive.

Strong winds and rain are in the forecast for both Thursday and Friday, which could challenge the field. Regardless of what the pros decide, it is for certain that keeping an open mind will go a long way in this event.

In Walmart FLW Tour competition, pros and co-anglers are randomly paired each day, with pros supplying the boat, controlling boat movement and competing against other pros. Co-anglers fish from the back deck against other co-anglers. The full field competes in the two-day opening round, with the winning co-angler determined by heaviest two-day cumulative weight. After day two the field is pared to the top 20 pros and 20 non-fishing marshals to accompany them. The top 10 pros continue competition Sunday, with the winner determined by the heaviest accumulated weight from all four days.

In addition to FLW Live, FLWfishing.com offers real-time updates from the water. Simply click on the tournament ID within the “On the Water” banner at the top of the FLW or Walmart FLW Tour home pages.