The south end stole the spotlight 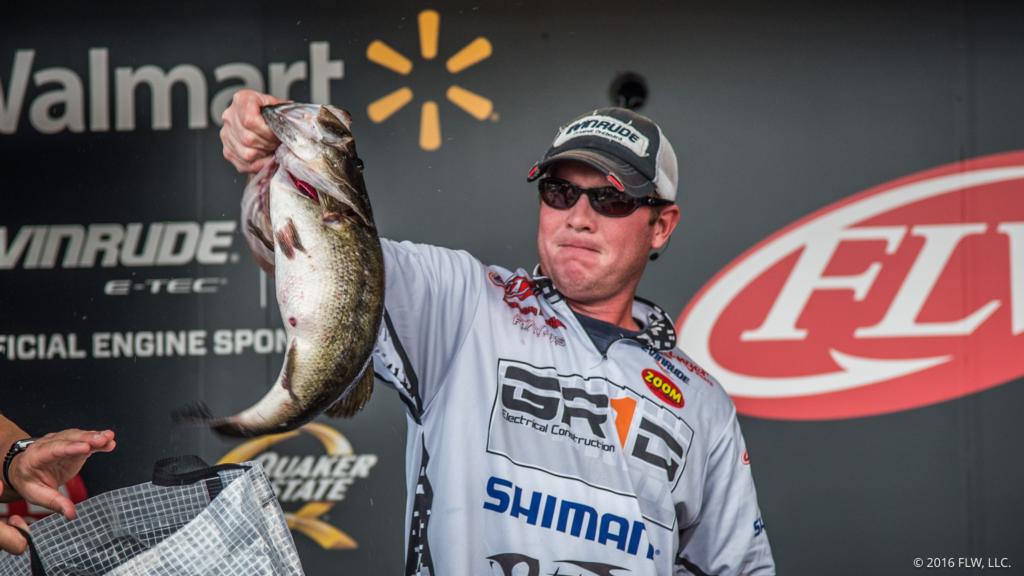 The Walmart FLW Tour has been coming to Lake Okeechobee for the better part of 20 years. And for a vast majority of those years, the north end of the lake has been the business end – where the business of fish catching is done.

Today, that tradition was derailed in the first round of the Walmart FLW Tour event on Lake Okeechobee presented by Ranger Boats and hosted by Hendry County Tourism Development Council. Though some boats did sample the Harney Pond area up north, many of the normal fish-producing haunts such as the Monkey Box, Dyess Ditch and Fisheating Bay were complete ghost towns.

High water and high south winds over the last two days have pummeled some of the north end hot spots. As a result, the south end of the lake received quite a bit of attention today.

All of those atop the leaderboard owned up to fishing mostly in the south end of the lake, including first-place angler Bradley Hallman, who sacked an even 25 pounds on the day.

What follows are the details of the rest of the top five pros from day one. 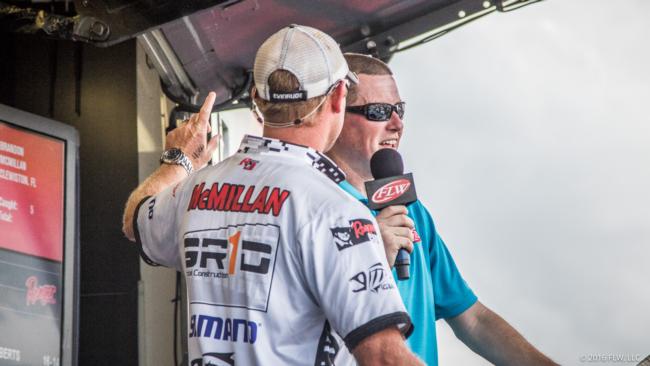 With the water high – some 3 feet higher than at the Costa FLW Series event a few weeks ago – and the winds constantly shifting, McMillan says he had to lean hard on his history on the Big O for his catch Thursday.

“I really didn’t have anything special going into today,” McMillan says. “I just went fishing around the south end down here because it’s the area I know the best, and with that south wind today, it was the best chance to fish it. I actually fished some stuff today I haven’t fished in seven or eight years.”

McMillan says his fish came both from winding moving baits and flipping.

“I fished through a couple of spawning bays,” he says, “then ran back in and flipped some stuff and caught a good one that way. I went through a bunch of fish – maybe 30 or 40. Most of them were small, though.”

With a big change in the wind coming tomorrow – from the south to possibly 25 mph out of the north – McMillan says he’ll start from scratch again on Friday’s second day of competition.

“I really have no idea where my next fish is coming from tomorrow,” he adds. “I might just gas it up and go to Okeechobee [the city, at the north end of the lake] to find clear water.” 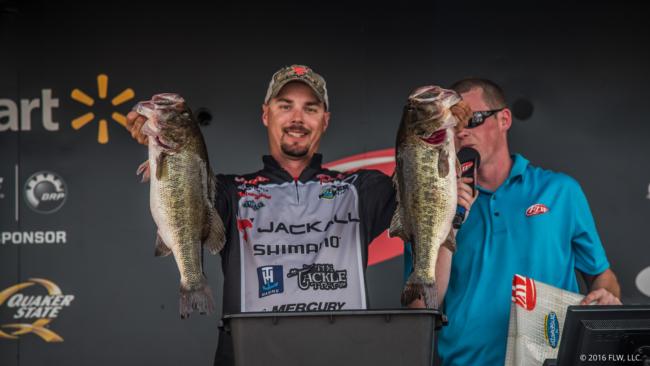 Alex Davis also prowled the south end of Okeechobee for his 21-pound catch on day one. He estimates that he caught 25 fish on the day, and of his weigh fish two came casting and three came punching.

“I’ve always heard that you can’t catch fish here in muddy water, but I kind of violated that rule today,” Davis says. “Some of the better ones I caught today came out of what I would normally consider to be water that is too muddy to fish for Florida. I guess after it’s been muddy for so long they just adjust to it and start spawning anyway.”

As for tomorrow’s big wind switch, Davis says he could be in trouble.

“It’s been blowing the same direction all during practice and today,” he adds. “Tomorrow it’s supposed to be a 180. And I don’t know this place well enough to say, ‘Oh, it’s out of the north, let’s go to King’s Bar where the water will be clear.’ I just don’t know, so I’m going to start down south again and see how bad it gets.” 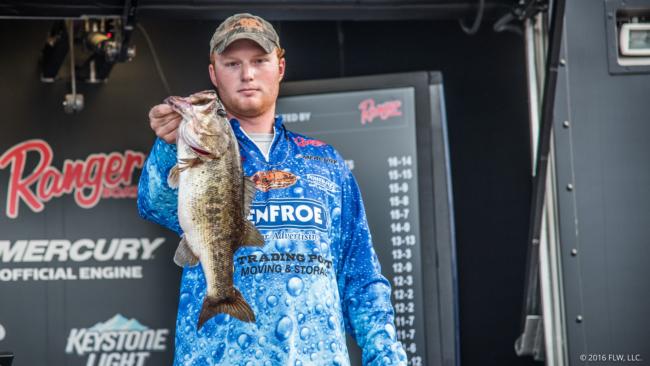 FLW Tour rookie Joshua Weaver started his pro career off on the right foot on day one with a fourth-place showing.

“Larry Nixon and Scott Martin started in the same place I did this morning,” Weaver reflects. “I’ve watched those guys on TV for years. Then to be fishing against them was surreal.”

After a few minutes of being starstruck, Weaver went on to wind moving baits for most of his catch out of the south end of the lake.

“I think I’m going to try to stick it out in there in the north wind tomorrow,” Weaver adds. “I might have to change colors if the water gets darker. But I think there are plenty of fish in there, so I’m going back.” 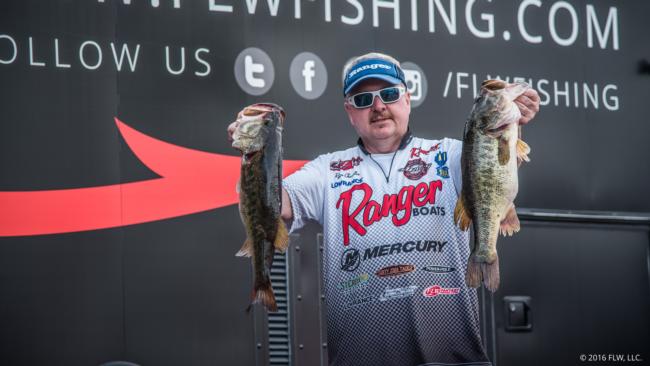 Ryan Chandler started his fishing day up on the north end of Okeechobee. After a couple of hours without a bite, he called an audible and made the long run all the way back to the south end. From there, things improved drastically.

“I didn’t catch my first fish of the day until 11:30,” Chandler says. “It was a 6 1/2-pounder, and that calmed me down considerably. I knew then even if I could just catch four more squeakers, I could salvage my day.”

A while later Chandler added another 6 1/2-pounder to his limit.

Like others fishing down south, Chandler says that a mixture of winding and pitching produced his catch.

Format: Walmart FLW Tour tournaments are four-day events. Co-anglers are randomly paired with pros and fish for two days, with the winner determined by heaviest cumulative two-day weight. All boaters fish the first two days as well, but only the top 20 after two days based on cumulative weight advanced to the third day. After three days, the top 10 anglers based on cumulative weight advance to the fourth and final day. The champion is determined by heaviest four-day total weight.