How the Knight Train Rolls 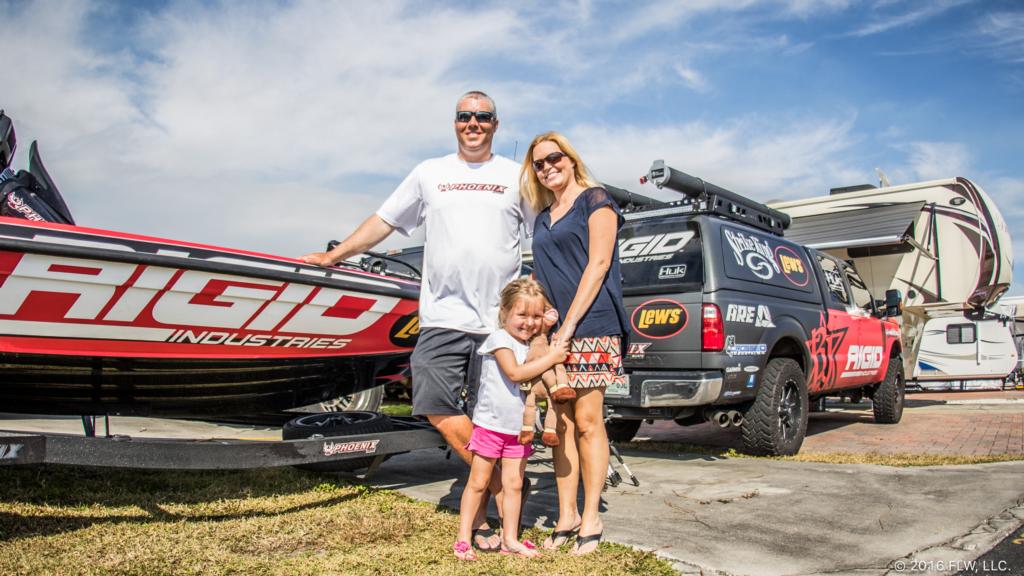 For three years now, Brad and Becky Knight and their 4-year-old daughter, Tinsley, have hit the road in a camper to compete on the Walmart FLW Tour. According to Brad, the 2015 Forrest Wood Cup champion, having his whole life on the road with him is a major part of his success. We stopped by to get a look at his home away from home and his tournament rig. 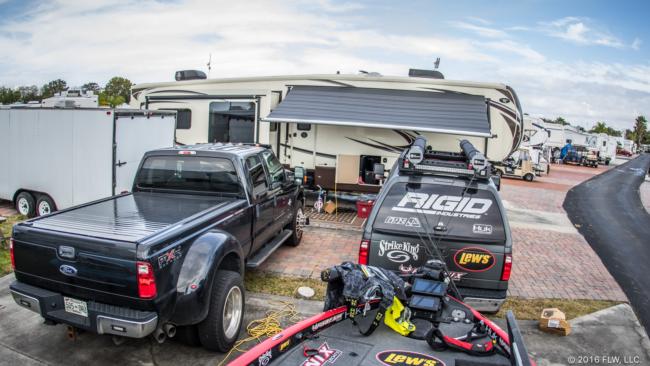 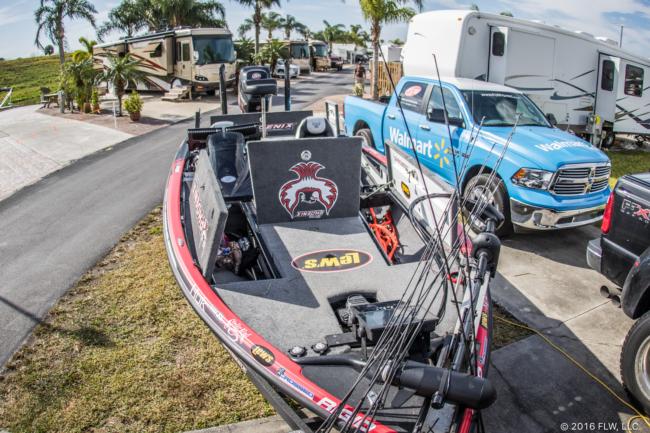 Brad’s boat, opened up for a good airing out on a beautiful day, is where he spends most of his time in one way or the other. 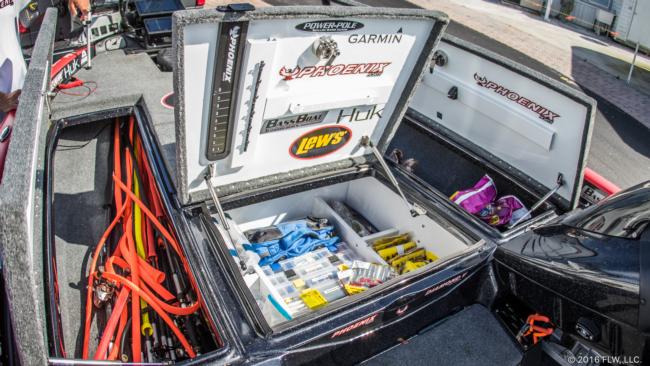 On tournament day, Brad primarily packs into the front of his boat, with rods in one locker, tackle in the two center compartments, and clothes and miscellaneous items in the second locker. 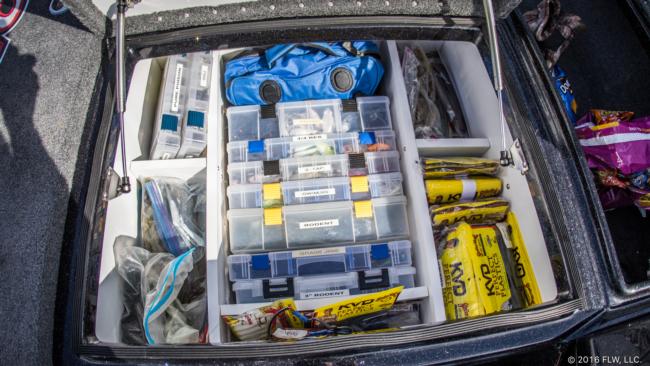 In his primary tackle locker, the meticulous pro has custom-built dividers so he can fit small boxes or plastics on the side with a healthy dose of standard-sized tackle trays down the middle. 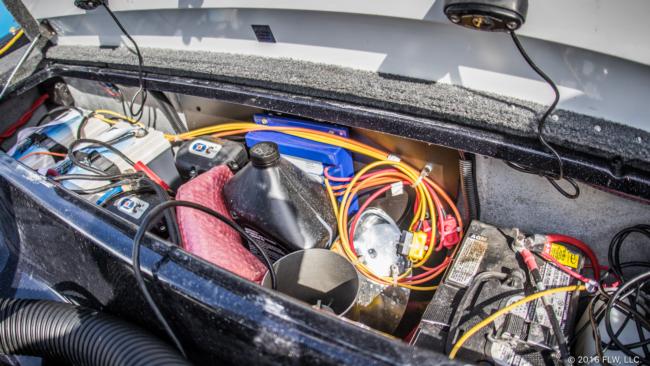 Another change for 2016 is the addition of Lithium Pros lithium batteries for his boat. So far, Brad says he loves them, and he’s planning on removing the standard cranking battery soon and going all lithium. 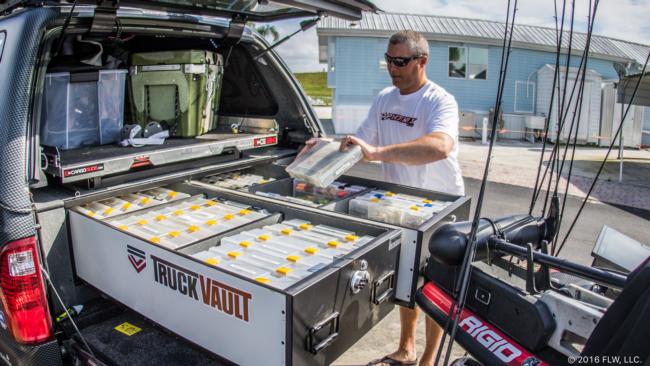 For Brad, his boat is a temporary stopping place for his tackle. Most of the time, the majority of his equipment rides in the truck or camper and is transferred into the boat depending on the day. A pair of sliding drawers holds all the extra boxes he needs, from square-bill crankbaits to swimbaits or topwaters. 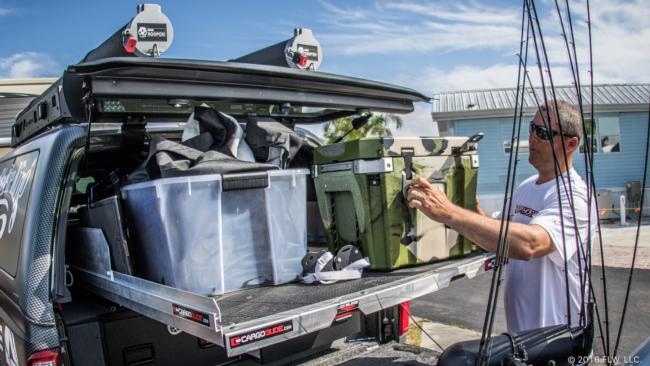 The platform above Brad’s drawers also slides out, and it often plays home to a cooler (which usually rides in the boat during practice), his boat cover, extra oil and anything else that is bulky. 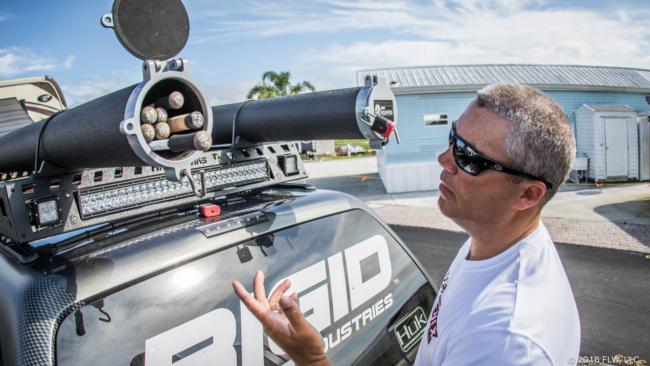 A pair of Rod Pods adorns the top of the truck. The tubes hold every spare Lew’s rod you could imagine. 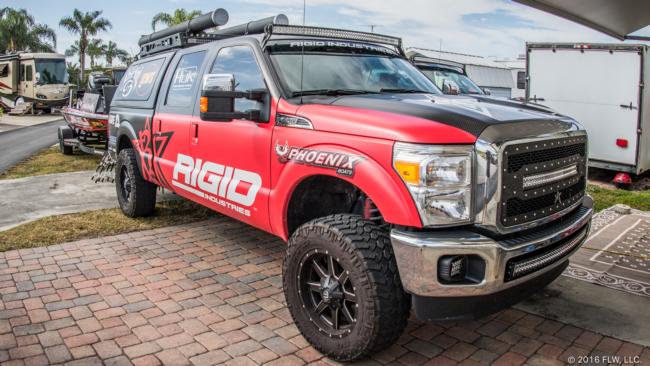 Brad’s truck has about every Rigid Industries light imaginable on it. Some of his favorites are Scene Lights, which he mounts on his roof rack under the Rod Pods. They illuminate a broad area – perfect for late-night tackle rigging. 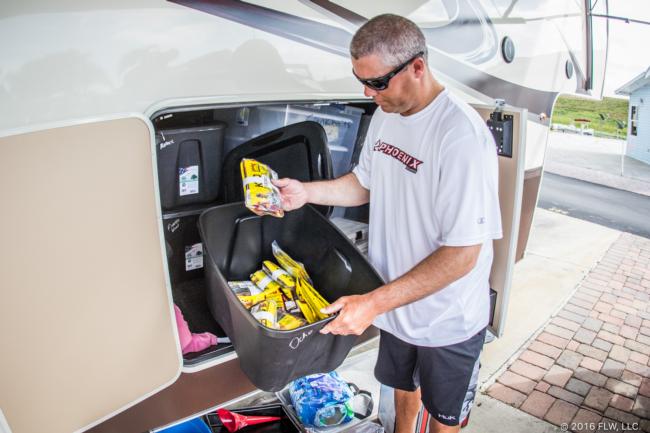 The Knights’ camper is home away from home and also Brad’s tackle room away from home. Underneath the sleeping quarters at the front of the camper is a huge storage compartment that stretches all the way across. It primarily holds bins of spare soft plastics, spare hard baits still in their packages and other big things the pro doesn’t need immediately on hand. 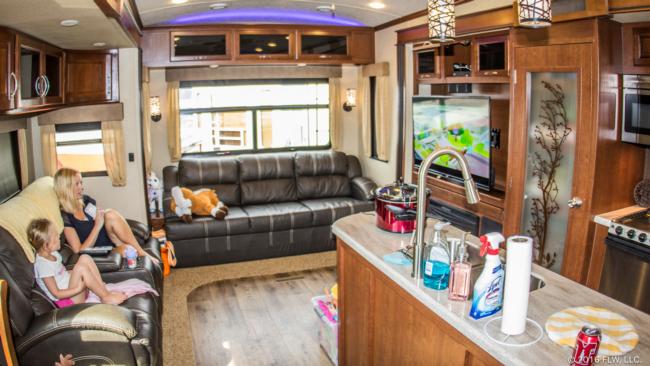 Inside, the camper offers a lot more variety than a standard hotel room. The kitchen/living area is comfortably appointed and has plenty of room for a family of three, plus one of the couches folds out so the space can double as Tinsley’s bedroom. 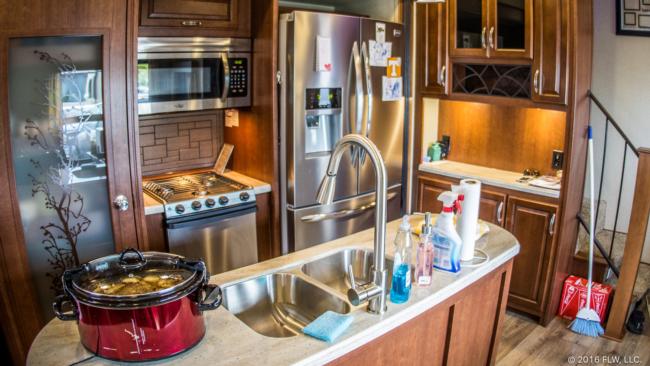 Though you wouldn’t want to prepare a Thanksgiving meal in the camper’s kitchen, it has everything Becky needs to cook for a family on the road. When we got there, dinner was already preparing in a slow cooker on the counter. 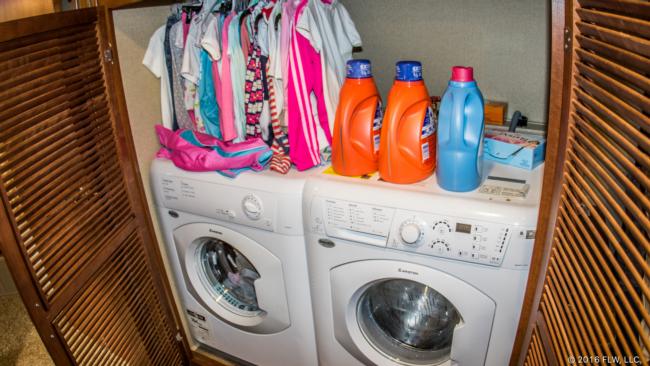 One of the best perks of camping is having many of the comforts of home on hand. The ability to do laundry without a pocketful of quarters and mere feet from where you live is certainly a nice touch, even if the whole camper wobbles a little while the laundry machine is spinning. 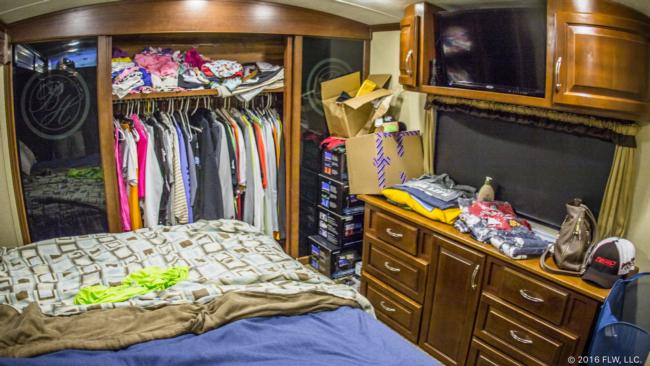 The master bedroom serves as command central, and it was stacked with recently arrived boxes from sponsors and extra hats. As expected, Brad’s meticulous organization doesn’t just apply to his tackle. His shirts are hung carefully in order from short sleeve to long sleeve. 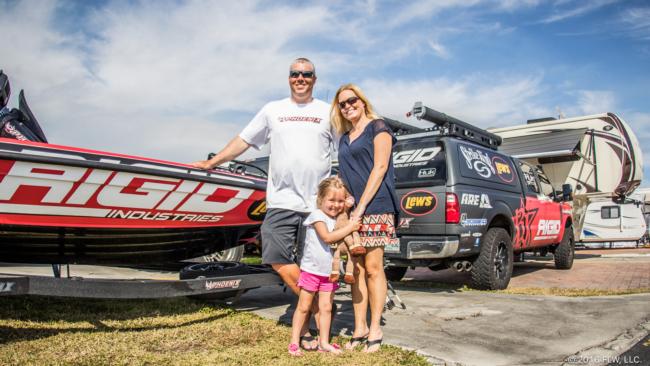 All told, the Knight family is a machine on the road and perfectly capable of spending tremendous time away from the hills and hollows of Tennessee. Of late, their readiness to rock it on the road has contributed to a lot of success on the water as well.