Watson’s Consistency Carries him Ahead

The fall master is rolling on Norris (updated) 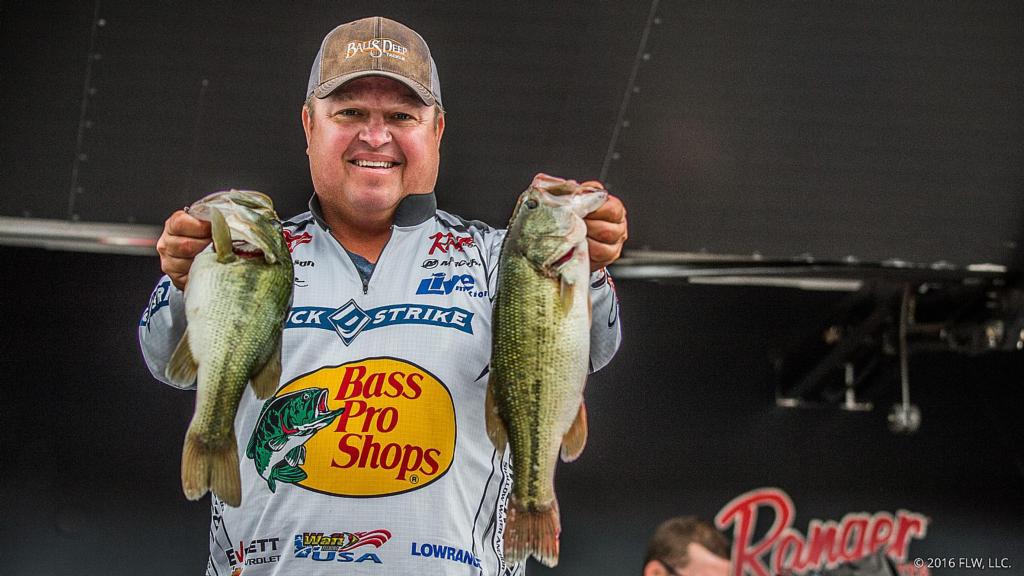 With air temperatures some 30 degrees cooler than day one, things felt much more seasonable around Norris Lake on day two of the Walmart FLW Tour Invitational presented by Quaker State. A passing cold front brought misty rain and blustery west winds that tossed autumn leaves into the air like confetti. In a single day it went from summer to fall around Ol’ Rocky Top.

Just as anglers predicted, the fringes of a cold snap certainly helped the bite as the limit count went from just nine on day one to 20 on day two.

One man who felt right at home amid the sudden turn in weather was James Watson of Nixa, Mo., who is steadily carving out his niche in professional fishing as a fall guy. When things cool off, Watson’s fishing heats up. Today, he brought in 13 pounds, 4 ounces to take over the lead spot in the Invitational with a two-day total of 26 pounds, 14 ounces, carrying over a 3-pound lead into the final day.

“August to December is my time,” Watson says. “I love fall fishing; it’s when I have the most confidence.”

Also, Watson does not mince words when describes his penchant for tough tournaments. 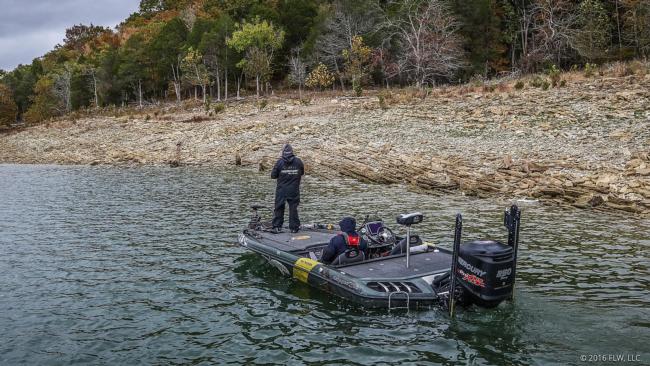 For two days, Watson’s one-two punch has been topwaters and jig pitching. He spends most of the morning committed to a couple of topwater baits and then begins to mix a jig pitched to docks into his program once the sun breaks out.

Watson is still hesitant to give up much detail on his topwater pattern for fear it can be duplicated. But he did allude to some generalities in what he has found.

“With the water down, there are all kinds of rocks exposed and I’m looking for a very specific combination of rocks,” Watson says. “I have settled on one 12-mile section of this lake that seems to have more of that combination than anywhere else.” 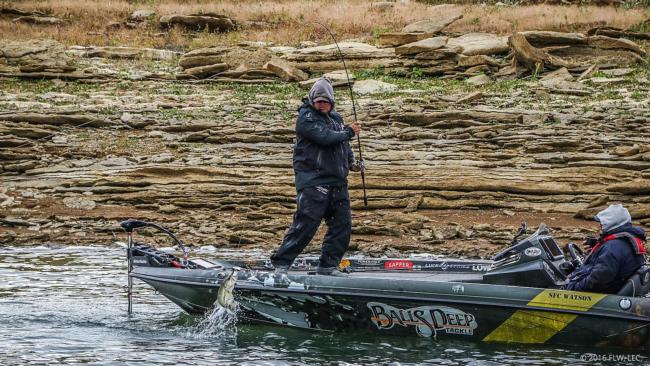 Watson did hint that the switch in wind direction had a lot to do with his selection of water today.

“The wind direction switched and messed up a lot of my better stretches from yesterday, so I was forced to fish new water today. Along with the rock combination, there is a perfect sort of ripple that helps the bite.”