She’s on the rise, and the fishing is good 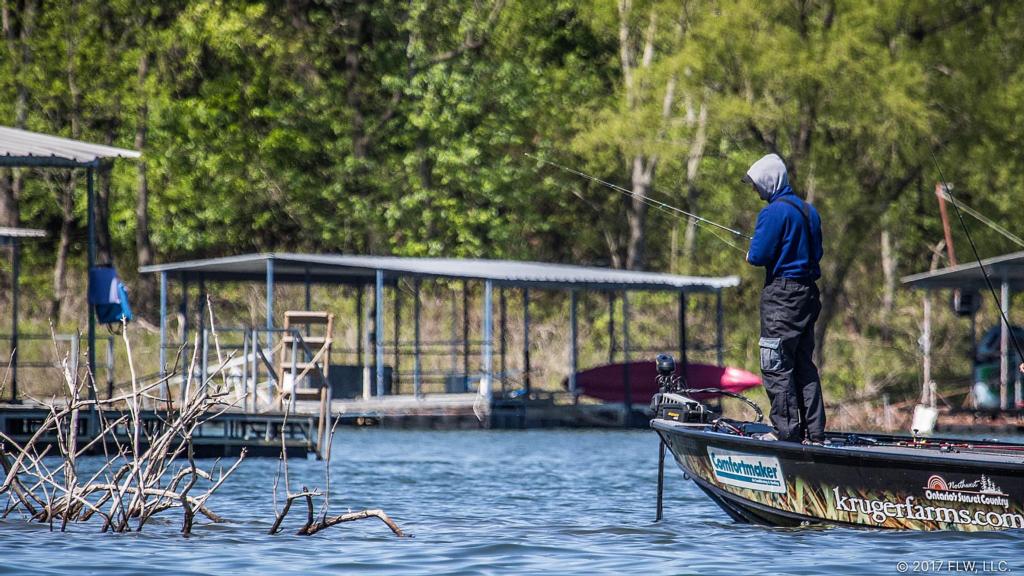 Sunday concluded the first day of practice for the FLW Tour event presented by General Tire on Beaver Lake. This year, the lake is about a foot higher than it was in 2016, and conditions are more in flux than usual. Though the weather for practice is set to be pretty splendid, northwest Arkansas is coming off a pretty tough cold snap and a big bout of rain. Because of that, the lake is set to rise at least a bit more, and there could be an influx of mud from upriver. For a first-hand glimpse at the lake, Jeff Sprague and Jeff “Gussy” Gustafson were kind enough to dish on their respective starts to practice.

“I had a pretty good morning, and then my afternoon wasn’t that good,” says Gussy. “I did a little exploring, so maybe the areas weren’t that good, or maybe it was the weather.”

Gussy says that while he did check a few of his usual haunts, he made a point to see some totally new water.

“I generally have fished some Prairie Creek stuff and down by the dam every year, but I couldn’t believe how much stuff I fished this year I hadn’t ever seen before,” he says. “The first few years I squeaked out several checks, but I’m at the point now where I’m looking for some better stuff. The weights are getting better every year, and now spots [spotted bass] are kind of getting irrelevant.”

As for the actual conditions, it appears things are set to change fast.

“This is my fifth time here, and it was clearer than I’ve ever seen it for sure, especially considering all the rain,” says Gussy. “I’ve heard it’s really muddy up the river. I don’t know if that will make it to the mid part of the lake. There were a few places I’ve fished in the past that I could see rock on where I’ve caught fish and never knew what was there before.” 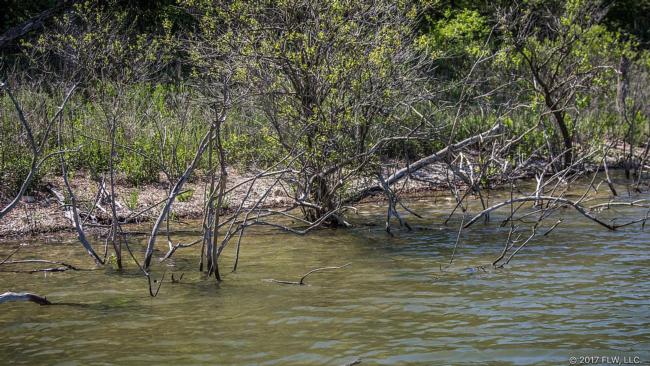 According to Gussy, his first day didn’t reveal a strong spawning pattern.

“The water has come up so fast, so a lot of the beds from four or five days ago are in 6 or 7 feet of water now, and that’s hard to see,” he says. “There are fish on beds, and I saw several and marked a couple, but I’m not going into this planning to spend more than 10 minutes fishing for one on a bed, unless I see a 4- or 5-pounder that’s a game changer. And most of the ones I saw weren’t in the mood to eat today.

Gustafson finished 11th in 2016 at Beaver, so he’s looking to continue that success.

“I had a pretty good tournament here last year, and I haven’t fished any of that stuff yet, so I’m going to touch some of that [on Monday],” he says. “But I’ve learned it’s different every year here, so I don’t want to fall in love with that” 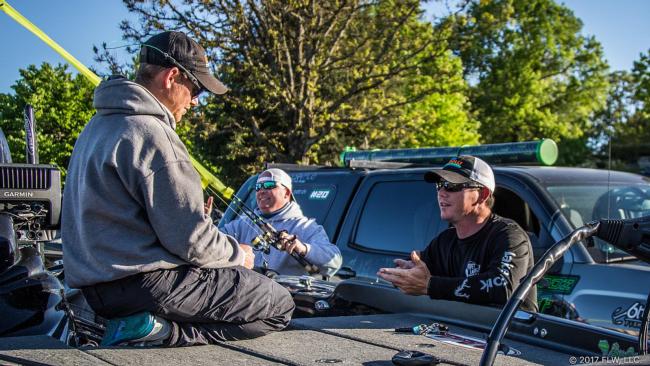 Jeff Sprague also excelled at Beaver in 2016, and got on a strong cranking pattern that carried him to third place and nearly earned him the win.

“With a lot of the muddy water we had coming into the lake I decided I was going to look in the clear water,” says Sprague of his first practice day. “So I went down [to the lower end] and looked around and fished around, and the fish are biting. I was pretty impressed with what I saw down there, I’ll be honest with you. I didn’t really pull on much to see what they looked like, but they’re out there.”

As for the threat of rising water or more rain, Sprague seems to be embracing it.

“I’ve got no worries on the rising water. It’ll be good for us and the fish,” he says. “It should help spread guys out a little bit, and it will take a little longer to fish through things with the water up. But I think the spawners are going to have to come because the water has come up. I think if a guy finds some on the bed they’ll probably do it in the tournament.”

The idea that it’ll take until Thursday to find out if the spawning bite will play isn’t new. Though the water is about 65 degrees, the weather hasn’t been perfect for a spawn, and the rising water is for sure making it tricky to see them.

“You never know at Beaver Lake,” finishes Sprague. “You think you know, and then they get caught four or five different ways. You think you might know the juice of the areas, but I went to some of my stuff and didn’t catch much. And then I went to some new stuff, and I was pretty impressed. It’s gonna be any way you want to catch them again.”