5 Story Lines to Watch at the Potomac

The FLW Tour season finale should be a good one 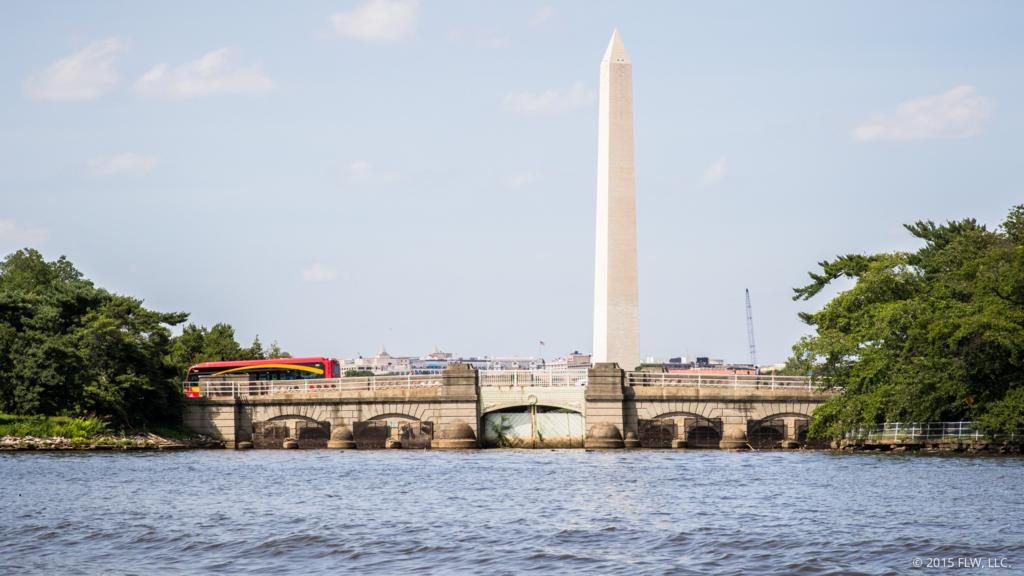 Heading into the final regular-season FLW Tour event of the year, which is at the Potomac River June 15-18, there are the usual end-of-year awards to settle and a few other things worth keeping an eye on. This will be the sixth time the Tour has hit the Potomac. While each stop has offered something new to chew on, this might be one of the best visits to the famed tidal fishery yet, for both the quality of the fishing and what’s on the line. Below are five story lines we’ll be on the watch for, from the simple stuff to possible history. 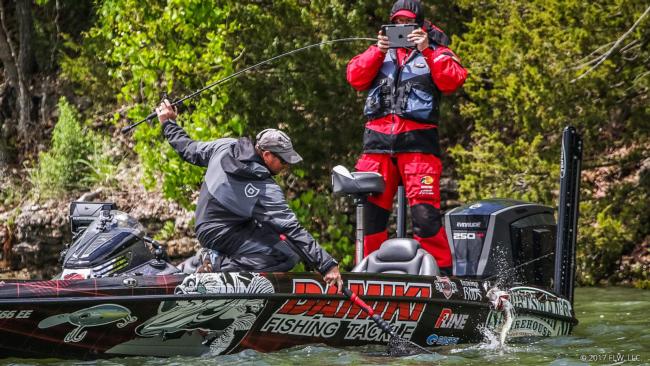 For the first two days of competition no angler will get more scrutiny than Bryan Thrift. With a 77-point lead over Andy Morgan in the Angler of the Year race, the exceptional North Carolinian will have to truly crash and burn to give away the lead, but the season’s not over yet. Since his AOY title in 2010, Thrift has only finished below 77th in Tour competition three times, which is pretty remarkable. Two of those finishes have been sub-100 efforts, though, so if he does bomb, there’s a decent chance he leaves the door more than a little open for Morgan. That said, Thrift’s cushion over second is big enough that he’ll more than likely be hoisting his second Angler of the Year trophy Friday afternoon at the conclusion of the day two weigh-in. 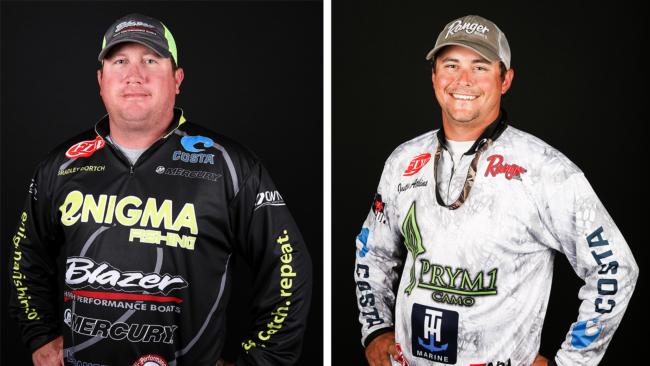 2. The Rookie of the Year race draws to a close

Last year’s Rookie of the Year race was a laugher, as Chris Johnston blazed out ahead of the pack and finished second in overall AOY points to Andy Morgan. This year’s race is considerably tighter, and the two folks leading the way have impressive accomplishments on the water in recent years. Sitting in eighth with 972 points, Bradley Dortch leads the way and already has a tournament win under his belt this season. Behind him, Justin Atkins is the closest challenger and probably the only guy with a real chance to take down Dortch. Atkins is 24th in points with 922, ahead of Tour luminaries such as Scott Martin and John Cox. Even so, a 50-point deficit is quite a gap, especially when you consider how well the Potomac is likely to mesh with Dortch’s strengths.

Whoever wins, it sure looks like there are at least a few rookies primed for illustrious careers on Tour. Atkins is fresh off a top-10 finish in the All-American, and Dortch has booked two wins in two years. Other notable rookies have had impressive starts, too. For instance, Aaron Britt is catching them far from home in California, and Jeremy Lawyer has done nothing to diminish his stunning BFL stats.

Top 10 rookies going into the Potomac 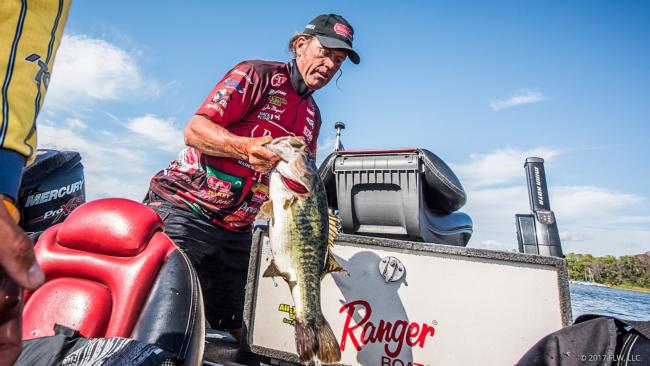 As it stands, the cut to make the Forrest Wood Cup is 40th place due to a handful of pre-qualifications via the 2016 Costa FLW Series Championship and last year’s Cup and Tour honors. In 36th and 37th, Jeremy Lawyer and Zack Birge are the only two pre-qualified anglers close to dropping outside of the cut, and if they fall a few places that would push the Tour standings up to 38th.

Currently in 40th, Jim Moynagh is the last man in, and Jeff Gustafson is 2 points behind him in 41st and is the first man out. In 42nd, Kurt Mitchell is probably the best bet to push someone out of the cut with a good finish. From Delaware, the young pro has fished the Potomac and other tidal waters a bunch and has a few solid finishes there with FLW. Just below him, in 43rd, Johnny McCombs has a win under his belt from Beaver Lake and loves fishing shallow. He might be able to cap off his comeback season with a Cup qualification if he catches them in Maryland.

Running down the list, there are plenty of names you’d expect to see inside the top 35, but it’s hard to make the Cup year-to-year. Odds are that standouts such as Jimmy Reese, Cory Johnston, Jay Yelas and Brad Knight won’t be throwing down on Lake Murray in August. That fact is not fun for them, but it serves as a great testament to the accomplishment that is qualifying for the Forrest Wood Cup. 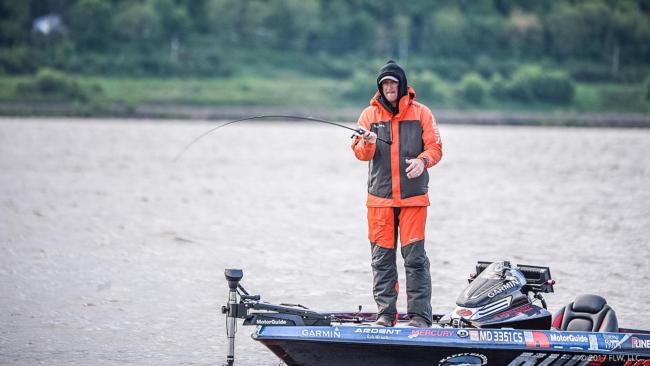 To start the season, Mark Rose won back-to-back tournaments at Lake Guntersville and Lake Travis, becoming the third angler to win back-to-back Tour-level events with FLW and the first to do it during the regular Tour season. Now, due to Bryan Schmitt’s win on the Mississippi River a few weeks ago, the Maryland pro and Potomac regular has as good a shot as ever to become the second person to win back-to-back regular-season Tour Majors.

Schmitt has two Costa FLW Series wins in June on the Potomac, plus another in September and 16 other top-10 finishes with FLW on the fishery. He’s really, really, really good there. Like, really good. Schmitt is already King of the Potomac. Winning a Tour event there is really the only thing left for him to achieve. Whether Schmitt manages to Rose it or not, it’s pretty likely he’ll head into the weekend with at least a chance of making some history of his own. 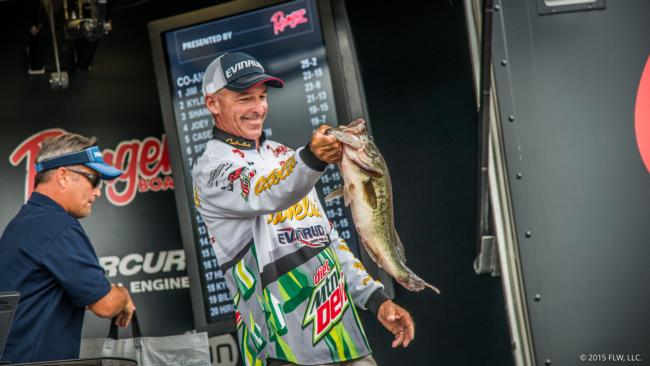 It’s always tempting to anticipate great fishing for a tournament. Sometimes expectations are met (like almost every event on Kentucky Lake), but sometimes, like the recent All-American on Pickwick, the conditions put a bit of a lid on things. This year’s tournament on the Potomac could be one of the good ones, and there’s a legit chance that the winning weight tops the FLW Tour record for the fishery.

The FLW Tour has visited the Potomac five times previously, in 2005, 2007, 2011, 2012 and 2015. Of those, the best weights came in June 2011 when Luke Clausen won the derby with 69 pounds, 14 ounces. The B.A.S.S. Elite Series hit the Potomac last August, and Justin Lucas topped the field with 72-14, though he was the only angler to break the 70-pound barrier. This year, many locals and pros believe the winning weight could set a new high, with perhaps a shot at 80 pounds in four days if everything goes right.

The Potomac has always been a good fishery, but a rejuvenated bass population, better water quality and lots of healthy vegetation have the place fishing off the chain. Local tournaments and BFLs have almost all taken more than 20 pounds to win, and catches in the 23-pound range have been common. Setting a new weight record for the fishery would be a fun feat, but it’s not the only benefit of a fishery in its prime. With luck, everyone will be catching on the Potomac, and that makes for a fun end to the season, regardless. Catching bass is the name of the game after all.