ROY Update: Shuffling Atop the Standings With Two Events Left 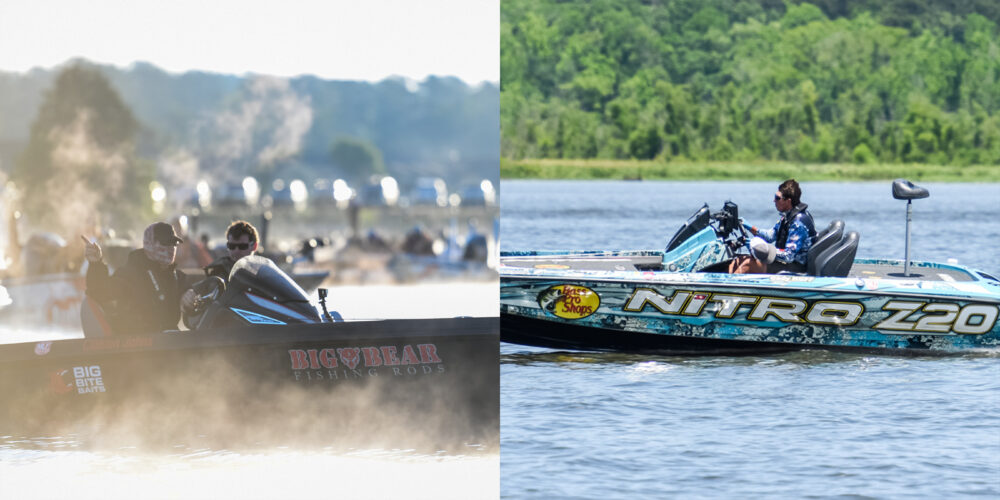 Before the fourth stop of the Tackle Warehouse Pro Circuit Presented by Bad Boy Mowers on Lake Eufaula the Polaris Rookie of the Year race was taking shape. Now, with just two events remaining in the season, some rookies have really made a move, while others have started slipping.

This year’s rookie class consists of a wide range of new faces who have climbed the ranks to get to the Pro Circuit and though it’s been a bumpy road this season for the majority, a handful of them have really shown they can hang.

The 2021 Pro Circuit schedule has been pretty diverse as far as fisheries go, and that trend will continue for the rest of the season. The Potomac River is next, and the historic tidal fishery is sure to throw some curveballs at the rookie class, which largely consists of pros who have little to no experience on a fishery like it. Then, smallmouths enter the mix in the season finale on the St. Lawrence River. So, whoever walks away with the title this year will really have demonstrated their diverse skillset as an angler.

While ROY may not receive the hype as Angler of the Year does, you wouldn’t know that by talking to any class of rookies, or previous ROY winners. Not only is it an award that you can only win once in your career, but it can be the stepping stone to really launch a career. Recent examples of ROY champs who have made good on their stellar freshman performances are Ron Nelson and Matt Becker, who won in 2019 and 2018, respectively. Flip back a little farther in history and some OK angler by the name of Bryan Thrift won it back in 2007.

With that in mind, here’s a look at how the ROY race stands coming into the northern swing.

One of the rookies living up to the hype has been Cody Huff. After bombing on Lake Okeechobee to start the year, Huff has rattled off back-to-back-to-back finishes above 50th. Before Eufaula, the Missouri pro was sitting 34th in the AOY standings but now has slid into the lead for ROY. Hailing from the Ozarks, Huff is a wizard with forward-facing sonar, but has since shown he can catch ‘em a multitude of ways. On paper, one could argue the Potomac might be his biggest hurdle of the final two events, however, he’s got experience on the Potomac and finished 39th in the 2019 Abu Garcia College Fishing National Championship there. And with his knowledge of clear water and using his electronics, the St. Lawrence should be in his comfort zone.

Falling one spot, Clabion Johns is still very much in the hunt for the ROY title. Cashing a check at Eufaula certainly helped his cause, however, he’s developed a pattern of catching them one day and not the next. Johns is a phenomenal shallow water angler and that may bode well for him to net his best finish of the season when the Pro Circuit rolls to the Potomac in a few weeks. A solid finish there would help bank some points for his trip to the St. Lawrence, which isn’t exactly in his wheelhouse. There are plenty of smallmouths to be caught up shallow, as well as some largemouths, but a more solid bet for a good finish is likely to be getting off the bank and going finesse. Still, pros like John Cox have made a career out of fishing their strengths and if someone was to do it this season to win ROY, Johns just may be the guy.

After starting the season with a dud, Tai Au put up back-to-back Top 10s before heading to Eufaula. He’s made it known that he’s not a fan of dirty water and Eufaula had his number as he finished 94th. Still, plenty of other rookies stubbed their toes and Au only fell one place in the ROY hunt. Unfortunately, the Potomac may be another bump in the road for Au, though western anglers have seen success on the tidal fishery over the years. Au has a good record on the Cal Delta, and though that isn’t a good comparison to the Potomac, being able to fish power and finesse in shallow water could be the ticket to keep Au on track for ROY.

Down, But Not Out

Both Jim Neece Jr. (539 points) and Josh Butler (531) remain in the top five, but this is where things start to get a little more separated. Chase Serafin sits in sixth with 527 points, then Cal Lane with 521 points, Lawson Hibdon with 515 points, Justin Cooper with 510 points before Cody Pike rounds out the Top 10 rookies with 503 points.

Of these seven rookies, Serafin would be one to watch if he can escape the Potomac with a good finish. He’s arguably one of the best smallmouth anglers in the class – and possibly in the field – so if he’s within striking distance come the St. Lawrence things could get interesting in a hurry.

Though he’s nearly 100 points behind Huff, Pike is one of the pros who has been eyeing the Potomac all year. Pike has experience on both the Potomac and St. Lawrence, though his track record is better on the Potomac. If he does what many expect from him on the Potomac, he very well could be in a position to steal ROY.

For the rest of the pros, a lack of experience on the two fisheries makes it tough to say what could happen. It’s been a volatile year for rookies – and veteran pros – so there’s a certain level of uncertainty for what to expect from them. As of now, it seems like a two-horse race, but that is in no way set in stone. One thing is for sure, this could shape up to be one of the more exciting ROY finishes we’ve seen in recent years.