Strategizing for Success in the TITLE 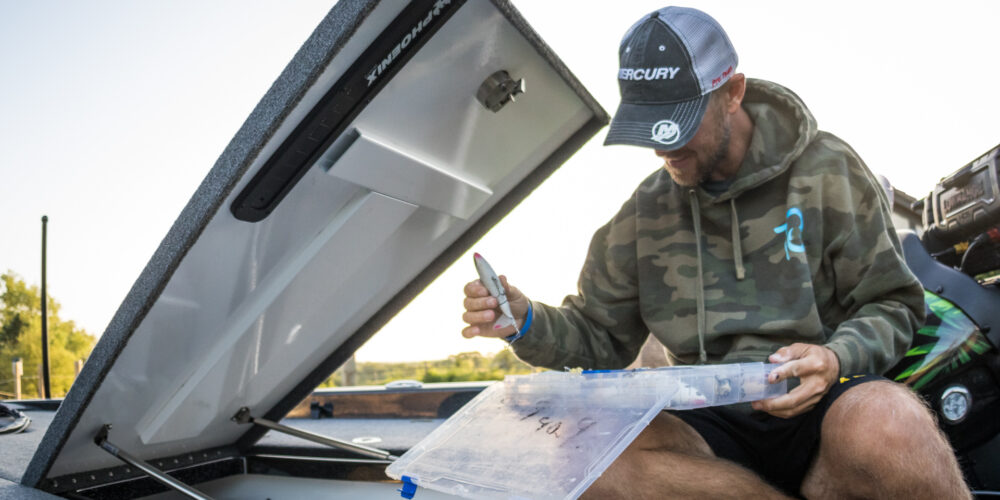 The second-annual Tackle Warehouse TITLE Presented by Mercury pits the best pros on the Tackle Warehouse Pro Circuit Presented by Bad Boy Mowers against each other for a $200,000 top prize on the Mississippi River. As the year-end championship, it also features a unique format that is effectively a hybrid between standard Bass Pro Tour rules and traditional five-fish limit formats, which should guarantee excitement and keep the pros on their toes.

The Basics of the Format

As is usually the case in MLF format events, the field will be split into groups over the first four days of the event in the Qualifying Round. Then, the winner of each group will advance to the Championship Round and pros who finish in second to 10th place in each group will battle it out with zeroed weights in the Knockout Round. Then, the top eight pros from the Knockout Round, plus the two group winners, will fish with zeroed weights again on the sixth day of the event, which is the Championship Round.

Throughout, there will be standard weigh-ins each day, and the competitors won’t have access to SCORETRACKER® to know how they stand during the day.

As a veteran of the format, Cody Meyer has learned to excel with zeroed weights and SCORETRACKER® when stacking up the numbers, but he’s not totally sure what to expect this time around.

“In the BPT events, they’re the only events in my entire life I’ve actually shook fish off in a tournament,” says Meyer. “I’ve had some of those events where you’re so far ahead of the cut line you go practicing and shake them off and relax. It’s a really weird feeling, but you know the weights are going to zero so there’s no sense in catching more. But now, you might have 16 pounds, and not know it’s only going to take 12 pounds to get in, so you might burn some fish that you don’t need to. It’s going to make it really interesting, because you need to fight a lot harder and assume at all times that you’re not going to make it.”

Meyer’s plan and hope is to catch them well enough to skip over the Knockout Round.

As far as adding zeroed weights into the five-bass mix, Meyer isn’t too fussed about it, despite his reputation for consistency.

“I like the re-zeroing, but if you’re a guy that’s leading the tournament and you had a big lead it’s horrible,” says Meyer. “But, if you get on a pattern and get stronger throughout the event, it’s really, really good.”

Ramping up Feels Right to Mitchell

Catching 119 pounds, 10 ounces of Sturgeon Bay smallmouths on Day 1 of the TITLE in 2020, Kurt Mitchell made headlines early and ended up finishing fourth in the event. This time around, with an admittedly different format, he’s determined to have gas in the tank for the final day.

Salzman Wants to Fish as Little as Possible

Rolling into the TITLE hot off a third-place finish in the points, Ryan Salzman has plenty of river experience and has done well at the big show before, making the Top 10 back in 2019 in the final FLW Cup.

“If I can make it straight to the final round, that’s what I’m going to do,” says Salzman. “I want to win my group. You usually get a pretty good idea if you’re in contention based off your Day 1 weigh-in. Based on that, you know your odds. You don’t want to count those chickens before they hatch, but if Michael Neal catches 16 pounds on Day 1, it’s likely he catches at least 13 pounds on Day 2. That being the case, you probably shift your strategy from winning the round.”

Still, despite hoping to skip the Knockout Round, Salzman has still put a lot of thought into how best to play all eventualities.

“I think the whole strategy shifts with how you manage fish,” says Salzman. “I’ve been thinking about it a lot, I think that whoever can save the most fish for the final day will win.”

Nixon Cautious Due to Past Experience

The elder contender in the field, Larry Nixon had the privilege of fishing some Forrest Wood Cup events back in the day that featured a bracketed format with zeroed weights. Back then, he got burned.

“Back when we had the elimination in the Cups, I endured three or four of them,” recalls Nixon. “Most of that was head-to-head elimination type things, head-to-head is different than what we’re going to have at the championship this year, but still, sometimes I don’t think the guy that has the best tournament wins when you have elimination rounds. For one thing, you burn up too many fish trying to be sure you make the cut. Then, when you boil down to the very last day being for all the marbles, the wind may get you, or the mud may get you.”

Nixon understands the excitement and constant stress inherent in elimination events, but he’s been on the bad side of them too many times for his taste.

“It’s like you’ve got to start over every day when you’re in elimination tournaments,” says Nixon. “Yeah, it’s exciting, because you’ve got to do it on this day to win. But I’m more of a traditional three- or four-day tournament guy, I like to see the guy with the most weight win. That cuts down the hard luck factor – I’m pretty sure there are two Cups that I lost because of hard luck on Day 4. I never put a pencil to it, but when you’re saving fish and a stupid little August front blows through and silts up all your water on Day 4, well, you just lost the tournament big time.”

As far as the strategy goes, Nixon is looking forward to shooting for a handful of good bites a day and letting the chips fall where they may.

“I’m going to go to my old style of fishing, I’m looking for five to eight bites a day and looking for quality,” says Nixon. “There’s no points involved, so I’m not really concerned about all that, I just want to catch five really good fish each day and then go out there and see what happens on the final day.”