It costs a premium price, but it flat catches ’em 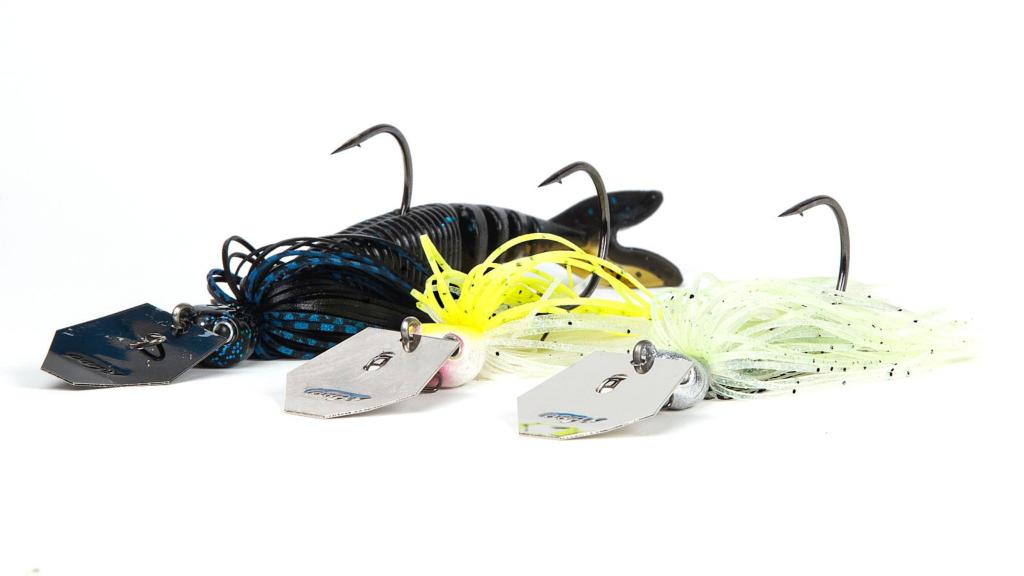 Spending $16 for a ChatterBait might sound ludicrous to some people, but maybe their priorities are all wrong. I think I’ve bought about a half-dozen Z-Man ChatterBait Jack Hammers now, and though they’re certainly expensive for non-hard baits, they do work very well. How you justify the cost is up to you. 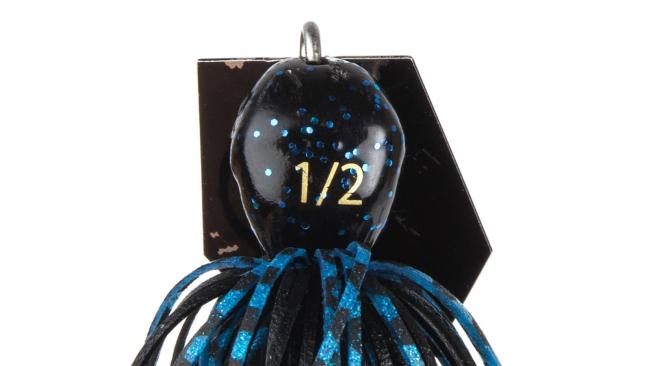 The argument for spending so much on a vibrating jig begins with better components and construction, and by and large I think the Jack Hammer, which was designed by Brett Hite and built in cooperation by Evergreen and Z-Man, succeeds in justifying its place atop the ChatterBait ranks.

The blade is similar to, but not exactly like a standard ChatterBait blade. The main difference is at the tip. The upward bend begins closer to the top, so a larger portion of the blade is left flat. The angle of the bend at the tip also appears shallower. Combined, I expect those slight tweaks are part of the reason the bait has more thump than some of the standard ChatterBait models.

The head of the Jack Hammer has a more weight-forward design than the usual vibrating jig as well. The blade is set back a hair, not as much as on the Picasso Shock Blade, but more than usual. One drawback of the Shock Blade is that the blade hits against the head and wears the lead down after a while. That happens a tiny bit with the Jack Hammer.

The weight-forward design extends to the keeper on the Jack Hammer, which is wire and double-barbed instead of lead. Though there is a little lead on the shank past the skirt, much of the weight is really concentrated under and slightly behind the blade. With so much weight up front, the bait can drop more quickly and vertically, and I suspect it contributes to how well the Jack Hammer stays down in the water column. Finally, the paint jobs are quite durable, and the painted-on weight identifications are handy and surprisingly long lasting.

The final three components are the hook, the skirt and the snap. The hook is from Gamakatsu and is unimpeachable. It’s sharp, strong and just the right size, but both the skirt and the snap leave a little to be desired. The skirt is hand-tied, which contributes to the extra cost and has led to some inconsistencies. There are plenty of true stories about skirts falling off in a matter of a few casts or one or two fish. Of course, I’ve caught 20 pounds multiple times on one Jack Hammer with no skirt issues, so the ideal execution of the skirt is fine. The snap is a Decoy Egg Snap, and it is sized very well, but it needs to be watched because, in my opinion, it’s not as strong as some of the other options out there. I’ve replaced one with a heavier snap and saw no ill effects, and I’d be very interested to see an option with the same snap that is on the Z-Man Custom ChatterBait.

For $16, you don’t really want any issues. Assuming Z-Man irons out the hand-tied skirts, I think the only real issue is the snap, which might be a design choice with a function I’m simply not tuned in to. 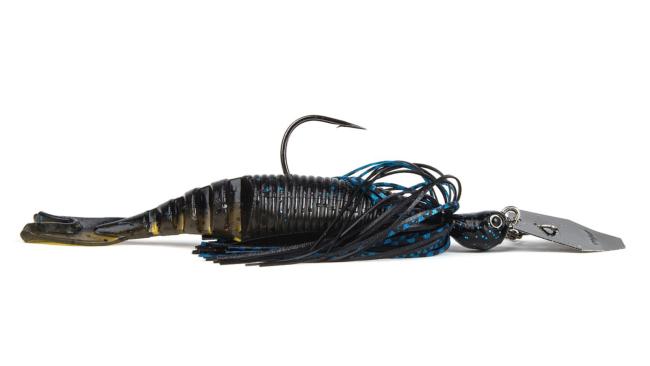 When you actually start slinging the Jack Hammer around, I think you’re almost guaranteed to have a positive experience with it. It seems to skip a little better than some other vibrating jigs, the fish like it and I believe it has a tendency to run a little deeper. I’ve mostly matched it up with a Yamamoto Zako or a small swimbait such as a Reaction Innovations Little Dipper, but I’m sure it works well with almost any trailer you’re feeling.

It runs through grass and open water just fine, but it still sticks up in wood like any ordinary vibrating jig. There are some vibrating jigs with weed guards, and I think they have a place around wood, but for the most part the standard style can get the job done if you’re careful. Most vibrating jigs come through and over rock pretty well, and I’ve fished this one around rock a lot with good results. 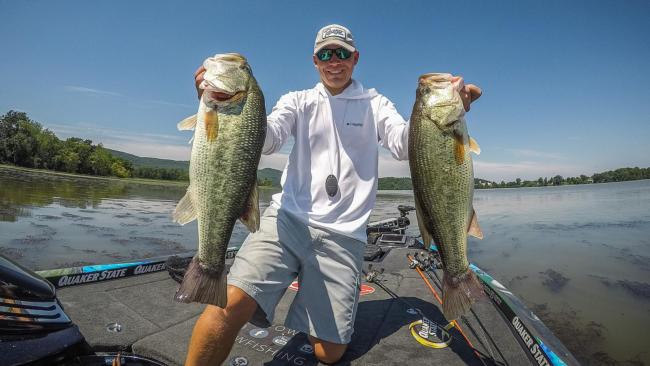 I believe the Jack Hammer has a little more thump than a standard vibrating jig, and I’m certain the hook is better than what’s on most other vibrating jigs, but I don’t think it’s so good that it’ll end up head and shoulders over other baits. It’s very expensive, and there are plenty of other things to spend $16 on. Yet, if you do shell out, you’re getting a bait that will put ’em in the boat.