With the number of great crankbaits on the market and others that have been discontinued but are still in high demand, new crankbaits have to be pretty good to earn a space in a tackle box. While I wouldn’t say the LIVETARGET Tennessee Craw is a surefire classic, after a few days of fishing it, I know I’ll be throwing it a lot more. 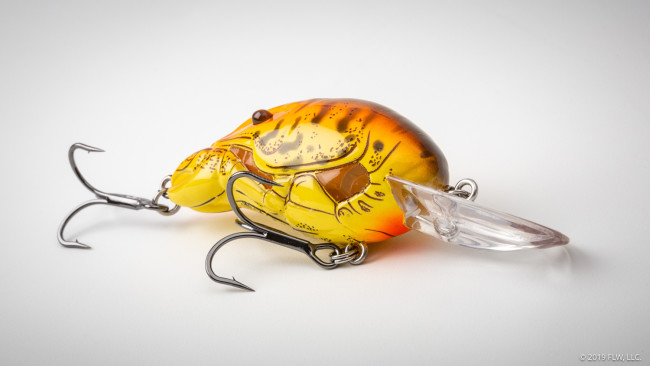 Designed in part by pro angler David Walker, the Tennessee Craw is supposed to be a dynamite mid-depth option (especially around rock) that features premium components. Also, as with any LIVETARGET bait, it looks more like the real thing than anything else on the market.

Right out of the package, it just looks like a really good bait. Though the split rings don’t bounce back after you change the hooks, I don’t think you’ll need to change them out until you’ve caught a bunch of fish. The stock hooks are extremely sticky, and the bait as a whole seems to be quite durable and well made. There is a rattle, but it is pretty dull-sounding, which I kinda like.

The colors are all gorgeous, and the paint seems very durable. One little touch I like is a faint color-shading on the bill to match some of the colorways. The watermelon red color has a little red on the lip, and the moss craw has a little orange on it. I try not to get too wrapped up in colors, but if you’re the type who does, you won’t be disappointed with this one.

The Tennessee Craw has a tungsten weight in it, but it doesn’t feature a weight-transfer system. Still, it’s compact, and it casts well enough as is. Just don’t expect the bullet-like casting performance you get on some modern jerkbaits and topwaters. 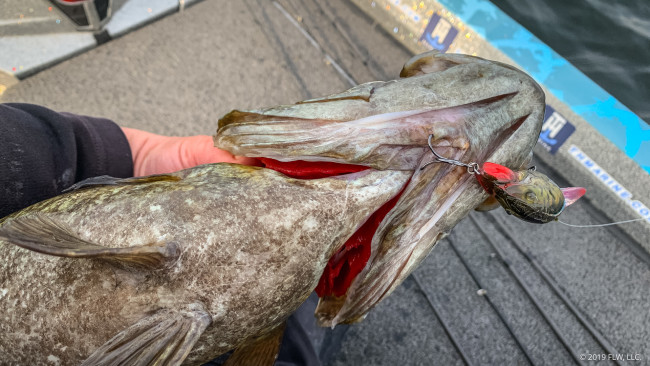 It’s a medium-diving bait, and you can fish it down to 8 feet pretty comfortably on 12-pound test. In fact, I was really impressed with how quickly it gets down and how well it stays down, considering the lip is a lot smaller than a Wiggle Wart or some other crankbait I might put to similar use.

Speaking of Wiggle Warts – this isn’t one. The action on this bait is tighter and more “natural” than a Wiggle Wart or SPRO RkCrawler 55. I don’t feel bad cranking this bait at a decent clip, and it comes through rock exceptionally well. 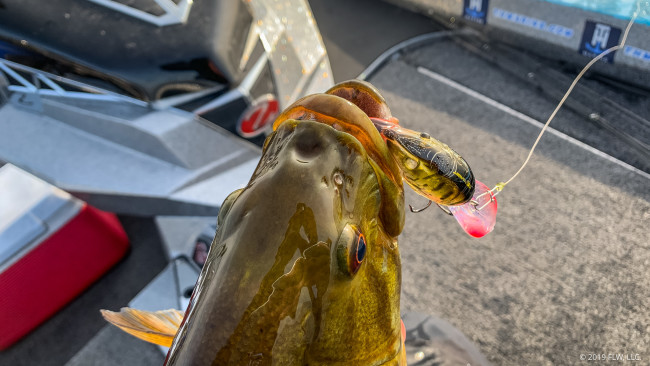 I’ve only fished this bait under prime conditions for prespawn largemouths and smallmouths, and it certainly didn’t disappoint. The first day I fished it, I started out with the watermelon red color cranking for smallmouths and caught a pile of fish before losing it to a pike. Later, I tied on the moss craw color and cranked for largemouths and absolutely loaded the boat. I have no complaints, and the fish didn’t seem to either. 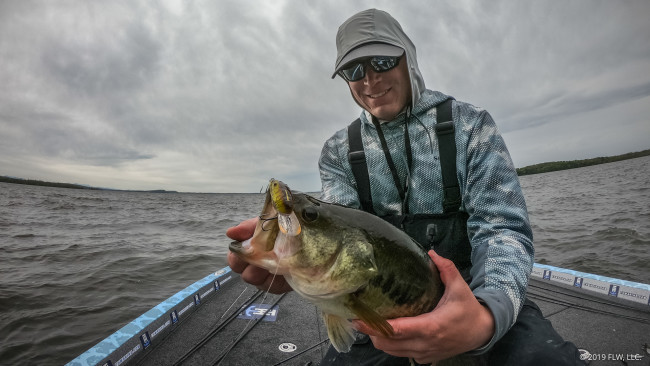 With so many crankbaits on the market – and so many favorites in anglers’ boxes – I’m not sure you need to buy the Tennessee Craw, but if you’re looking for a new model for mid-depth work then I’d give it a shot.

As of now, the Tennessee Craw is only available at Bass Pro Shops and Cabela’s, but it’s moderately priced at $9.99 and comes in plenty of colors to suit your needs. I’m certainly going to make sure I’ve got a few more for next spring.