Meckes storms his way to co-angler title on Lake Champlain 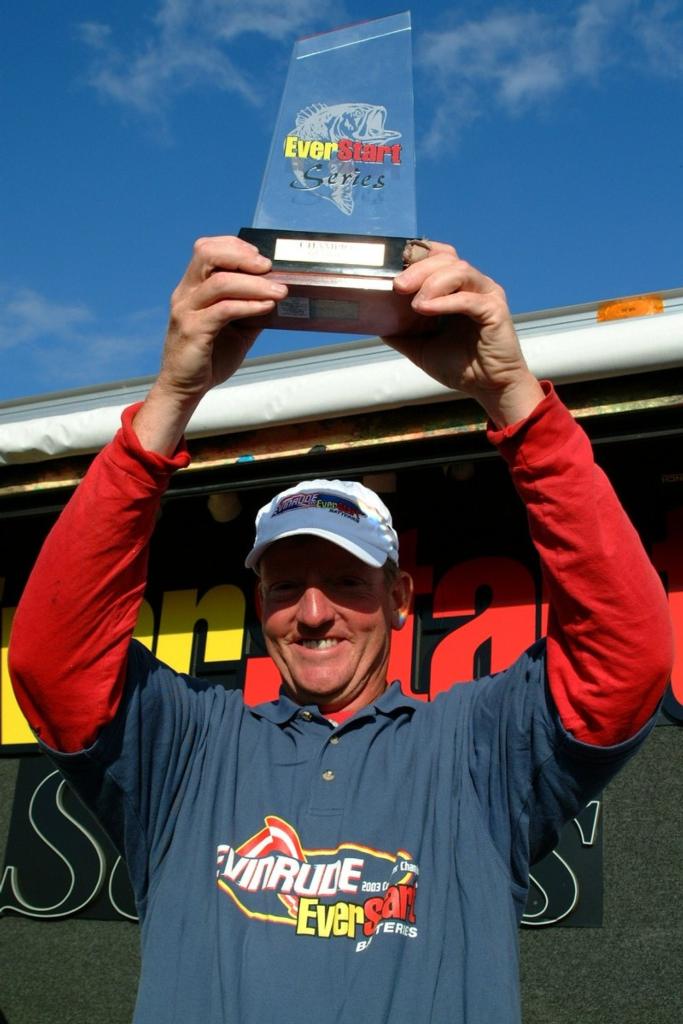 PLATTSBURGH, N.Y. – In the end, it wasn’t even close. Using a dominating catch of 15 pounds, 8 ounces, Dean Meckes of Clayton, N.Y., bested the rest of the co-angler field by nearly 7 pounds to win the first EverStart title of his career. Even more impressive was the fact that his catch was bigger than any pro could muster during the entire finals on Lake Champlain.

“It feels awesome,” said Meckes, who walked away with cash and prizes worth about $30,000. “I can’t believe it. I just came here on a whim to relax and go fishing. But to come away with a win and a new boat is an awesome feeling. This is the biggest win of my career.” 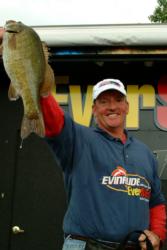 Meckes said that his pro partner, Mark Zona, also deserved a lot of the credit for his victory.

“I’ve fished with Mark before and I was lucky enough to draw him in the finals,” said Meckes. “He was just a great partner. He was a lot of fun to fish with as well.”

Meckes said that he used jerkbaits in about 2 to 11 feet of water to land his impressive five-fish stringer.

“I barely made the cut yesterday, so I felt very fortunate just to make the finals,” he said. “But to win it all, it’s kind of unbelievable.” 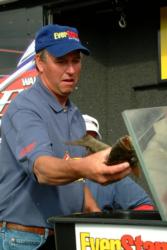 Kevin McClurg of Huntertown, Ind., used an 8-pound, 13-ounce catch to grab second place overall as well as a check for $4,000. And he couldn’t have been happier.

“I was really surprised to get second place,” said McClurg. “I was just hoping to come in around sixth or seventh place. But to finish second, I’m very happy with that.”

However, McClurg admitted that it wasn’t easy.

“We fished in 4- to 6-foot waves all day,” he said. “We had to use two drift socks just to slow down. And I only had one fish at noon. But on the last cast of the day, I hooked into my biggest fish. Overall, I’m pretty happy.”

McClurg’s second place allowed him to qualify for the 2003 EverStart Championship as well. 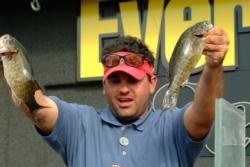 Fourth place belonged to Jeff Baffa of Tinley Park, Ill. Baffa used a 3-pound, 14-ounce catch to walk away with $2,500 in prize money.

“If the wind would’ve calmed down today, I think we really would have caught a lot more fish,” said Baffa, who led all co-anglers after the third day of competition. “But that’s fishing. I was just happy to make it to the finals.”

Trevor Jancasz of White Pigeon, Mich., won the 2003 Co-angler of the Year title with the help of his 16th-place finish in the semifinals.