Couch seated in first at Guntersville 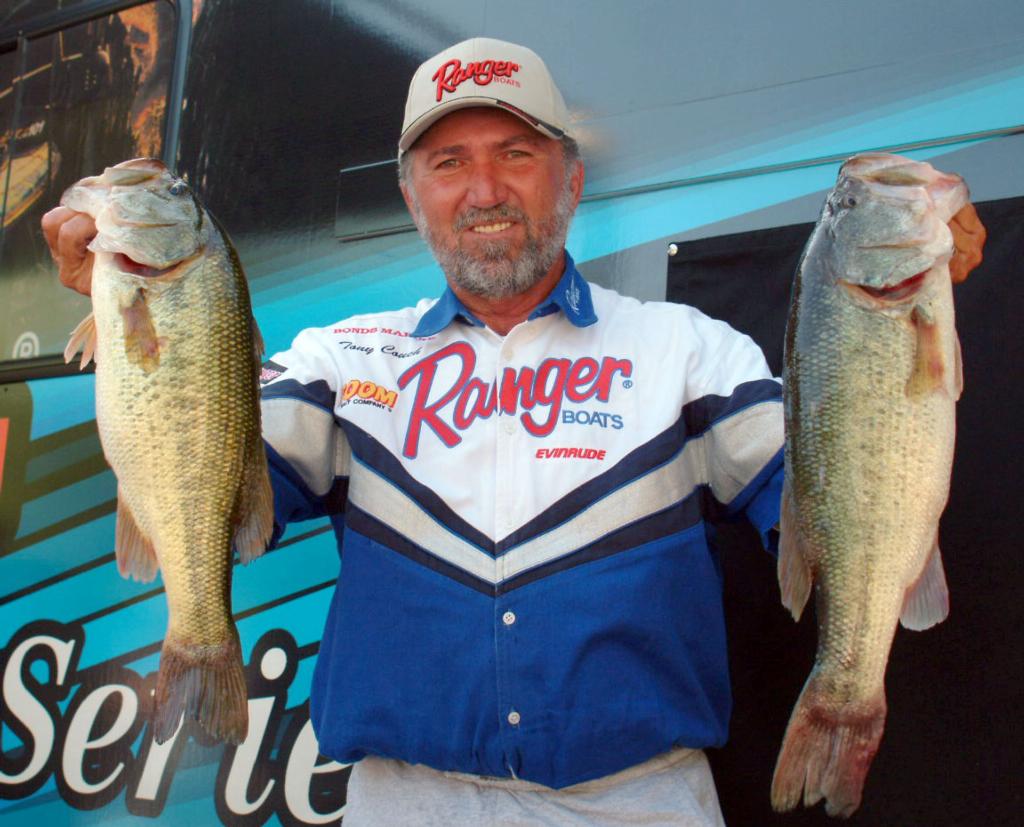 GUNTERSVILLE, Ala. – Guntersville is full of green – green fish, that is.

At the day-one weigh-in of the EverStart Series Eastern Division event, hefty sacks of bass were plentiful in both the Pro and Co-angler divisions.

Leading the event is Tony Couch of Buckhead, Ga., with 21 pounds, 5 ounces.

Couch is known for his slow, methodical approach, and it was the right combination for Guntersville’s postspawn bass today.

Couch scratched out a limit early, but it was his last stop that produced pay dirt.

“At the end of the day, I hit one little stretch and culled four times,” he added. 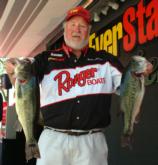 “Things started kind of slow for me this morning, and around noon I made a 20-mile run to a completely different area,” he said. “I could actually see these fish, but they weren’t spawning. They were just kind of cruising up and down a grass line, so I backed way off, made long casts and caught them.”

Edward Gettys of Stevenson, Ala., is in third with 20 pounds, 4 ounces.

Gettys is a well-known local pro on Guntersville Lake who has won several national events here, including the 2002 EverStart event.

Snickers pro Pat Fisher of Dacula, Ga., is in fourth with 20 pounds, 3 ounces.

Fisher says his fish depend on the Tennessee Valley Authority’s current-generation schedule.

“I can catch 12 to 15 pounds on top-water, but I need them to pull current to catch the big ones,” he said. “When they started pulling it at about noon today, I ran to my best spot and caught three 4-pounders. They are scheduled to pull more current tomorrow so the bite might be even better.”

Jones and Nunnelley tied for fifth

Joe Jones of Albertville, Ala., and Phillip Nunnelley of Cullman, Ala., are both in fifth place with 19 pounds, 14 ounces.

Rounding out the top 10 after day one are Jim Short of Ocean Pines, Md., in seventh place with 19 pounds, 8 ounces; Charlie Hartley of Grove City, Ohio, in eighth place with 18 pounds, 15 ounces; Eric

Jason Bailey of Robbins, N.C., caught the biggest bass in the Pro Division on day one. His bass weighed 7 pounds, 11 ounces and netted him $750.

As an indicator off how good the fishing was on Guntersville Lake today, there were 93 limits caught (15-inch size limit), only 10 zeroes and the top-20 cut is 16 pounds, 10 ounces.

Michi Oba of Tokyo, Japan, leads the Co-angler Division after day one with 18 pounds, 9 ounces.

Oba had a real treat today when he was paired with well-known local Edward Gettys, who is currently in third.

“We fished open water, mostly humps,” he said. “It was good because I could cast anywhere. I caught most of them on a Carolina rig.” 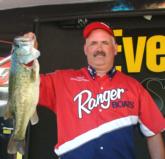 Stephen Semelsberger of Mt. Airy, Md., is in second place with 17 pounds, 5 ounces. His stringer was anchored by the day-one big bass in the Co-angler Division, which weighed 6 pounds, 8 ounces.

Roger Phillips of Delta, Ala., is in third place with 17 pounds, 3 ounces.