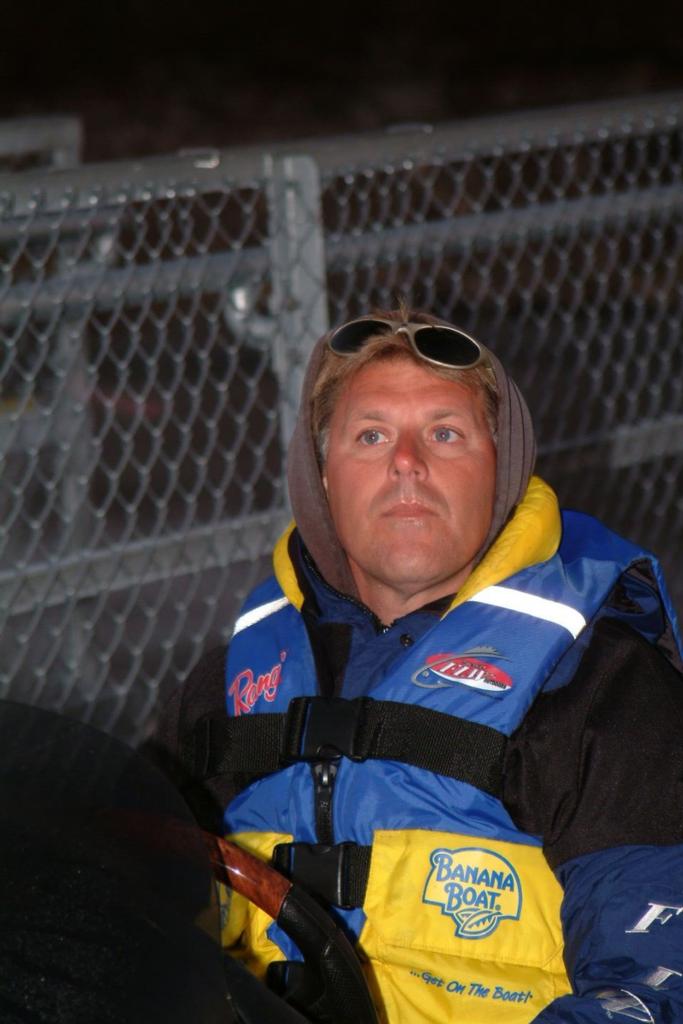 SOMERSET, Ky. – Going into the final day of competition, only 5 pounds separates first place from 10th place in the 2004 EverStart Series Championship on Lake Cumberland.

And the top 10 anglers know that 5 pounds can be made up on Lake Cumberland with just one lucky cast that lands a big smallmouth or largemouth.

Even Pro Scott Emery of Livonia, Mich. – who sits in 10th after Friday’s competition, when he weighed in a scant 12 ounces – knows he could easily come back and win this tournament.

“Just one or two of those big keeper smallmouth, and I’m right back in this thing,” Emery said.

One angler who will be targeting smallmouths, specifically Saturday morning, is H.C. Sumpter of Nancy, Ky.

“I’ll try to fish for smallmouth for about two hours,” said Sumpter, who sits in fourth place. “If it doesn’t work, I’m going to get a limit of spots.”

Anglers saw water temperatures drop 7 to 8 degrees yesterday, and with frost on the boats this morning, it’s a good bet that it has dropped at least another 5 or 6 degrees.

Dropping water temperatures and clear blue skies mean adjustments for anglers. Yesterday Warren Wyman of Calera, Ala., abandoned his open-water pattern, moved to the bank and promptly scored a big largemouth, which lifted him to second.

Going into today in the top spot is Brent Ehrler of Redlands, Calif., with an 11-ounce lead.

Ehrler’s plan is to keep adjusting until he finds something that works.

“Most people probably think that since I’m from California I’m drop-shotting deep water,” Ehrler said. “But that’s not the case. This lake may resemble western lakes because it’s deep and clear, but the fish here don’t act like the fish out there. I haven’t found them schooled up on deep humps or drops.”

Instead, Ehrler has been running and gunning on Cumberland, making dozens of one- and two-cast stops on any spot that looks good to him.

“Every day I’ve fished a little differently,” he added. “And I’ll probably change up a little bit again today.”

The final weigh-in of the 2004 EverStart Series Championship will take place today at the Somerset Wal-Mart at 3 p.m Eastern time.