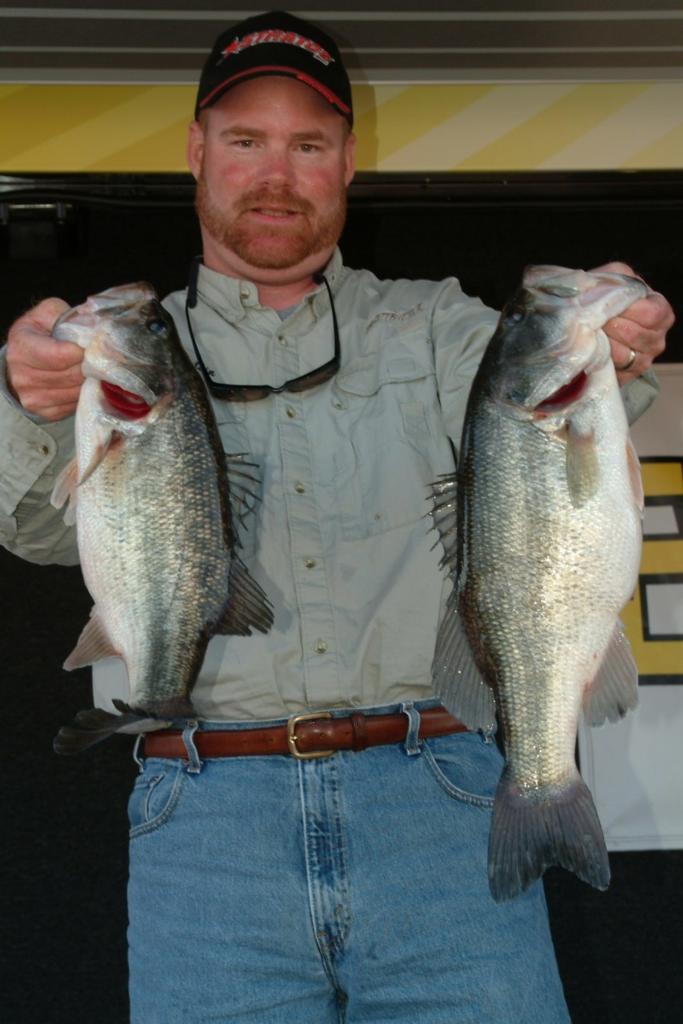 MANNING, S.C. – With cooler temperatures stifling the bass bite for the third consecutive day, the top-10 EverStart pros and co-anglers returned from the stingy waters of the Santee Cooper chain of lakes with barely enough fish for a weigh-in. While that might be a bit of an exaggeration, one thing is clear: The majority of field is clearly starting to feel the frustration.

By the time the final angler had crossed the stage in Friday’s competition, only two limits had been weighed in by the 20 pros and co-anglers combined. Want more staggering numbers? The top-10 anglers in both divisions could only muster 34 fish weighing a grand total of 112 pounds, and 11 ounces.

However, that doesn’t mean everyone flailed on the water in today’s competition. In fact, Mark Mauldin of Cleveland, Tenn., managed to procure a healthy five-fish stringer weighing 15 pounds, 6 ounces – good enough to grab the overall lead in the Pro Division by 1 pound, 2 ounces. But even he acknowledged that the fishing was far from perfect.

“I’m not getting many bites,” he said. “I’ve got one little area – it’s about 200 to 300 yards – where I caught a few keepers early. Mostly I’ve been finesse fishing. At my good spot, I haven’t gotten a bite there until later in the afternoon. So today, I went to a different spot early in the morning, caught a few fish and went to my better area later in the day.”

Mauldin, who is flipping cypress trees with a jig to land the majority of his catch, said he hopes to repeat that pattern tomorrow.

“I’m going to try to get three or four bites at my (backup) spot early and then hopefully, I’ll be able to get to two or three bites in my best area later in the day,” said Mauldin. “I’m around big fish so if I can get the bites I should do well. But the key is how many bites I get. If I catch three fish at my good spot, I should win. I guess you can say that I’m optimistically confident.”

To make matters more challenging for the anglers, the weather forecast is calling for a 40 percent chance of rain and stronger winds for Saturday’s finals.

“This is the first time I’ve ever been leading one of these tournaments, so I’d really like to win this,” said Mauldin. “But if the weather changes tomorrow, who knows what will happen?” 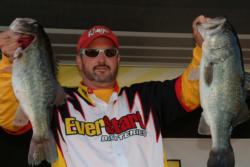 Using a catch of 14 pounds, 4 ounces, Alex Ormand of Bessemer City, N.C., ensured that he wouldn’t lose sight of the leaderboard heading into tomorrow’s finals. However, like Mauldin, Ormand said he has had to make many adjustments just to stay in contention.

“I went to my best place today, fished for two and half hours and didn’t get one bite,” said Ormand. “So I had to switch to `Plan B.’ The problem was that my `Plan A’ is a lot better than my `Plan B.’ I have a good pattern, but I’m starting to run out of places to use it.” 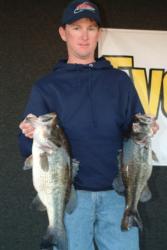 Allan Glasgow – who led the tournament in the Pro Division during the first two days of competition after setting a one-day EverStart record with a catch of 32 pounds, 13 ounces – finished the day in third place after recording a 13-pound, 7-ounce stringer. Glasgow, like the others, said Friday’s competition was a little bit frustrating as well.

“I missed five fish today, so I kind of had a bad day,” said Glasgow. “But this tournament is really close. And all it’s going to take is one good cast tomorrow.”

Despite Friday’s difficult conditions, Glasgow said he’s had a very memorable experience this week on Santee Cooper no matter how things turn out.

“It’s been an awesome week overall,” said Glasgow, who managed to make FLW Outdoors fishing history in only his second EverStart Series event of his career. “Hopefully, (the magic) will last one more day.” 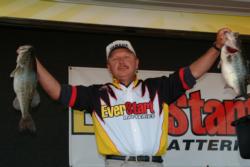 “I had the fourth fish on, but it wrapped around a piling and broke off,” he said.

Szczerbala said that he’s targeting largemouth bass around wood with a black and blue jig.

“Most of the fishermen who were fishing my area abandoned it,” said Szczerbala. “So I just stayed around and caught what was left behind.”

Putting the FLW Tour on hold 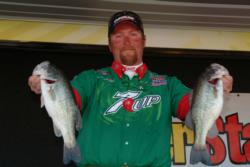 Although J.T. Kenney of Frostburg, Md., had plans to the leave the EverStart tournament early in order to get some quality practice time for the upcoming FLW Tour event on the Ouachita River, the FLW pro suddenly found himself in contention for a title on Santee Cooper. Using a catch of 11 pounds, 3 ounces in today’s competition, Kenney grabbed fifth place overall – once again delaying his departure to Louisiana.

“Now I’m looking for a win,” said Kenney. “I’ve been fishing points and boat docks all week. But you know I love to flip. So tomorrow, I’m going to abandon what I’ve been doing and go for broke. Tomorrow, I’m either going to be a hero or a zero.”

Rounding out the top 10 pro semfinalists at the EverStart Santee event: 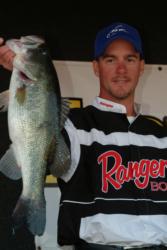 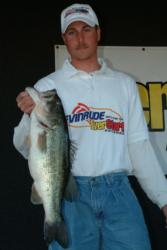 Bryan Thrift of Shelby, N.C., used a healthy 8-pound, 11-ounce catch in the semifinals to grab first place overall in the Co-angler Division and put some distance between himself and his fellow competitors heading into Saturday’s finals.

“Oh man, I’m having a blast. It feels great,” said Thrift. “I didn’t have many expectations coming into this tournament. I just wanted to learn. I told myself that if I caught some fish, it’d be a bonus.”

With a first-place prize of up to $35,000 on the line, Thrift has put himself in great position to pull off a victory. However, he knows that even with a 5-plus-pound lead over his nearest rival, he can’t rest on his laurels.

“I know that one bite can change everything tomorrow – especially on this lake,” said Thrift, who is only fishing in the second EverStart Series event of his career. “I guess I’ve been pretty lucky so far. Hopefully, I’ll get lucky again tomorrow.”

Meanwhile, Arch Cornett of Huntsville, Ala., finished the day in fourth place with a catch of 2 pounds, 5 ounces. Calvin Jones of Raeford, N.C., took fifth place with a 2-pound stringer.

Rounding out the top 10 co-angler semifinalists at the EverStart Santee event: