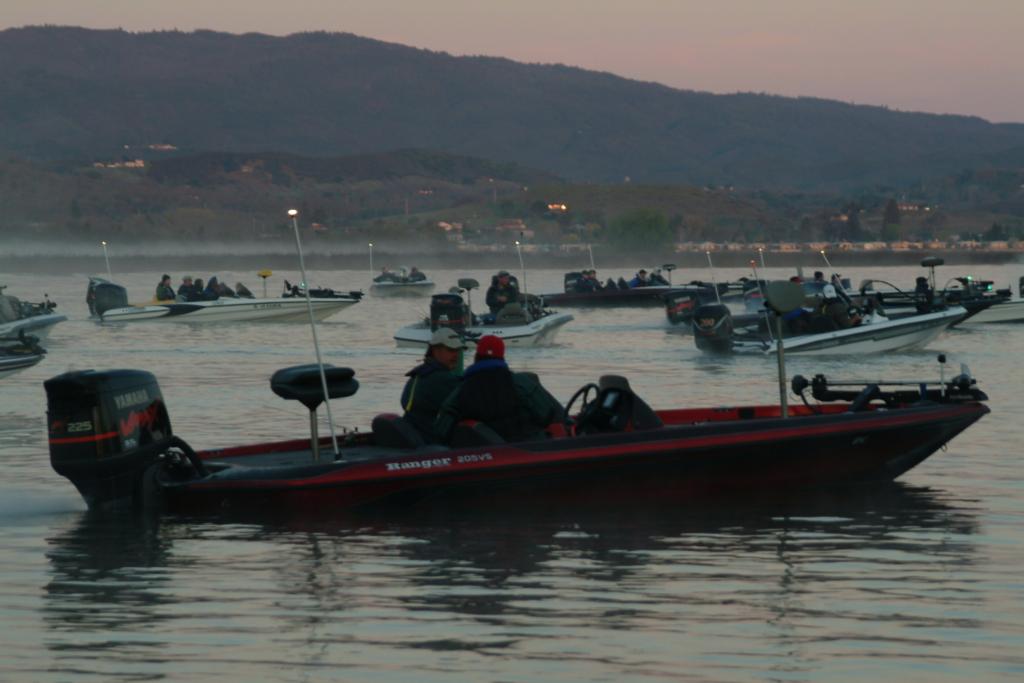 LAKEPORT, Calif. – With mist dancing off the water and a beautiful sunrise serving as backdrop to opening takeoff, EverStart Western Division anglers departed Konocti Vista Casino Resort and Marina shortly after 6:30 a.m. Wednesday with peace of mind in knowing that gorgeous weather is here to stay. Unlike their fellow counterparts on Santee Cooper last week, anglers gunning for the EverStart Series title on Clear Lake should have bountiful sun, low winds and temperatures in the high 70s all week, according to the National Weather Service.

However, although the weather isn’t likely to change, tournament rules are a different story. Although EverStart Series events are built around the concept of five-fish limits, a new culling interpretation from the California Department of Fish and Game has shifted anglers’ focus to a four-fish limit.

“The California Department of Fish and Game has a new interpretation of the culling rules,” said Chris Jones, EverStart tournament director. “They told us that once an angler has five fish in the boat, they are no longer allowed to cull any fish. So they gave us a choice. Either anglers can catch a four-fish limit and cull throughout the day or have a five-fish limit with no culling. We decided to go with the four-fish limit.”

Whether or not the four-fish limit changes the strategies for any of the anglers remains to be seen. However, with the overwhelming number of huge bass that populate Clear Lake – one of the best bass-fishing lakes in the nation – stringer sizes probably won’t be affected too much, regardless of the new rules. 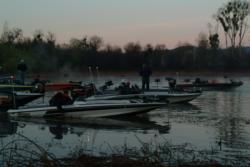 Other rules will remain the same. The entire field of pros and co-anglers will compete for two straight days in the opening round. The top 10 pros and 10 co-anglers, based on their two-day weight totals, will advance to the final round. Weights are then cleared for the final round, taking place Friday and Saturday, and anglers compete for those two days to determine the champion of the pro and co-angler divisions. Winners are ultimately determined by the heaviest accumulated weight from days three and four.

This week’s EverStart Series event on Clear Lake also has found its way into the record books, boasting the largest-ever field – 172 pros and co-anglers – for a Western Division event in the history of FLW Outdoors competition.